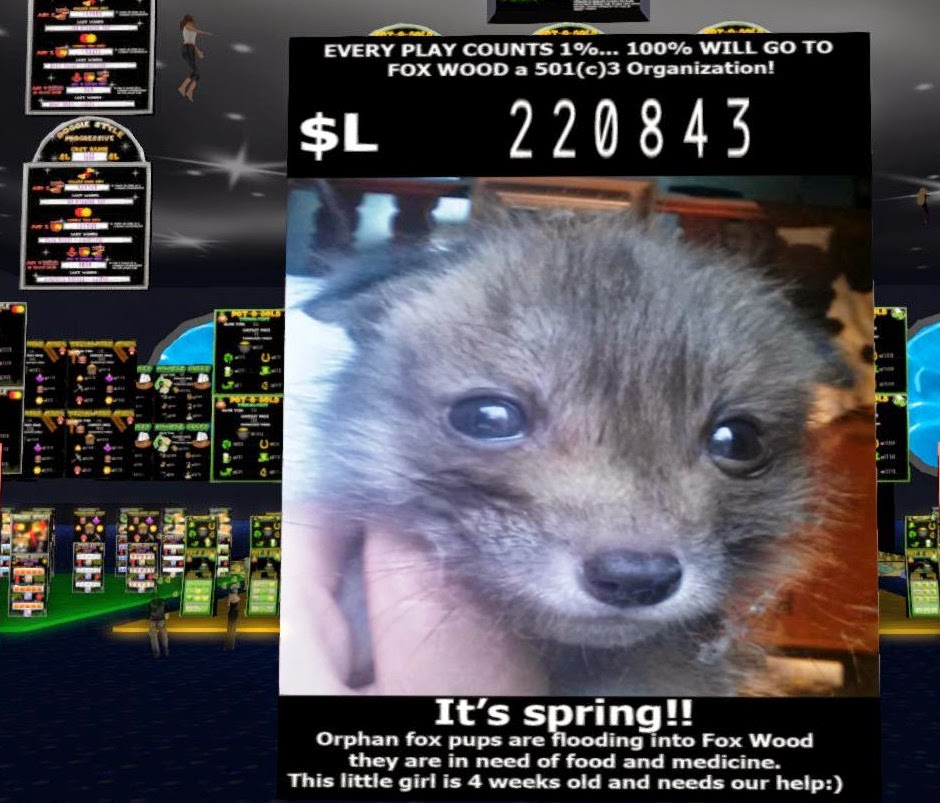 Gaming in Second Life can be a controversial issue, due to various state laws about gambling online, and differing opinions among Second Life residents about it. But one game room, Fish Bowl Games, is giving back some of it's earnings to a wildlife charity.

Talking to Foxyfurman Kumaki, the owner of Fish Bow Games oh Thursday, he told me he was "hoping for 500K, halfway there. ... Mother foxes take bigger risks feeding little ones and as a result sometimes end up leaving orphan fox pups. It is that time of year they need food and medicine, and all you have to do is PLAY (smile). Everything on the donation board will go to Fox Wood Wildlife Rescue, Inc where the CEO lives eats and sleeps animal rescue and makes a whopping ZERO off of donations. ... We are giving a percentage of every game played." 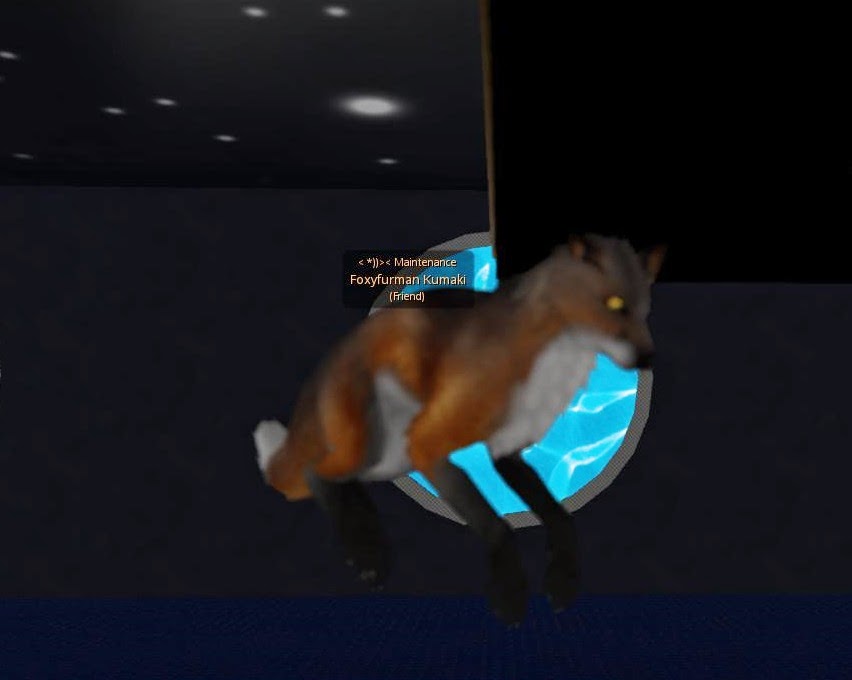 Foxyfurman told me he donates to the charity every spring, "I always just donate but I got the idea to include more people, and everyone who plays at fish until Friday are caretakers of our woodland creatures."

Fishbowl games is at Fish Bowl (219, 129, 21). One can find out more about Foxwood Wildlife Rescue by checking it's website here: http://foxwoodrehab.typepad.com/