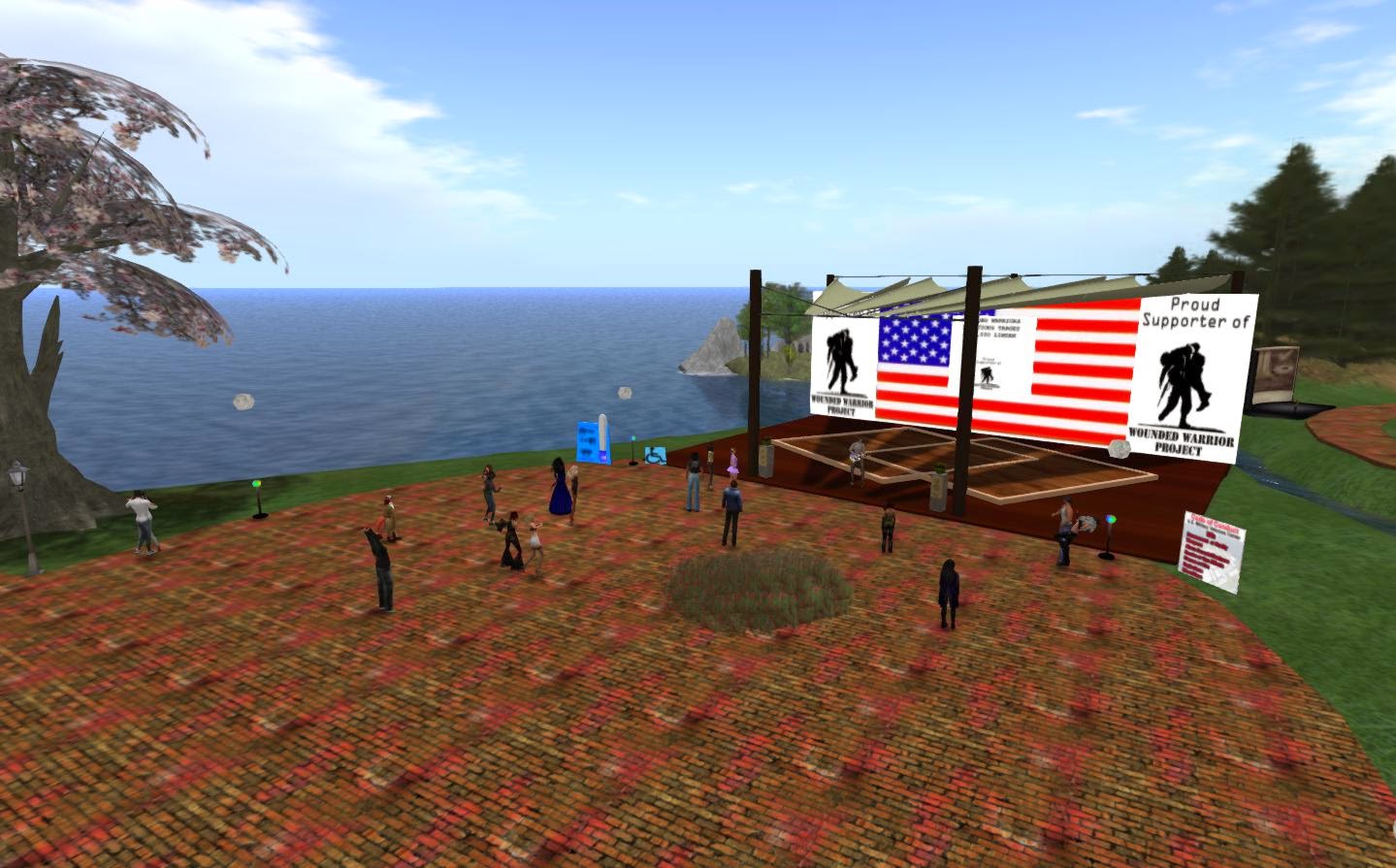 On the evening of Sunday April 27, Veterans Isle held it's monthly benefit for the Wounded Warrior Project. Over the course of four hours, four musicians performed live on stage in front of an audience. The event was organized by guitarist Frets Nirvana. 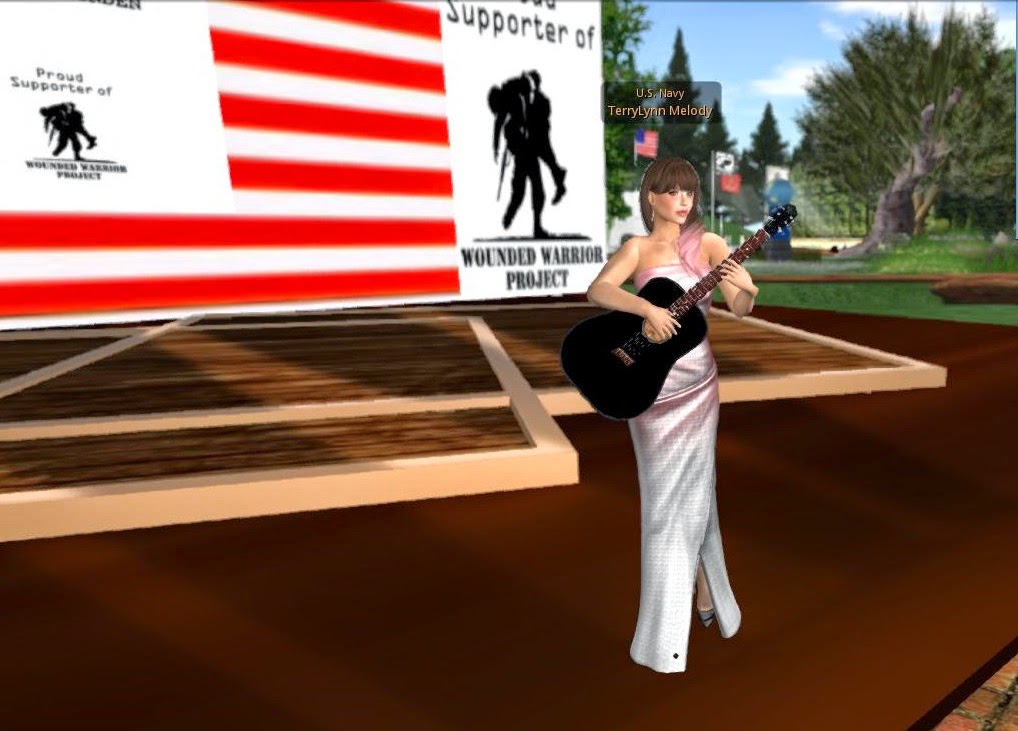 Tonight is the fourth of our monthly Wounded Warriors benefits in Second Life for 2014. And it is a great lineup once again. But more importantly it is for the benefit of our Wounded Warriors ….without whose sacrifice we could not enjoy the freedom to do what we do here! Come out and support this great cause and listen to some great music in Second Life.

From 5 to 6PM SL time, TerryLynn Melody (TerryLynn Conrads) played music for the crowd (Pondman Haalan was originally going to take the first hour, but he had to cancel at the last minute). From 6 to 7PM, Gary Jonstone had the stage. From 7 to 8PM it was Shaye Dezno's turn. And Frets Nirvana himself capped the event from 8 to 9PM SL time (Midnight EST). When Frets was playing, he would on occasion match someone's contribution, the donations going into two kiosks on either side of the stage, shaped like upside-down helmets. 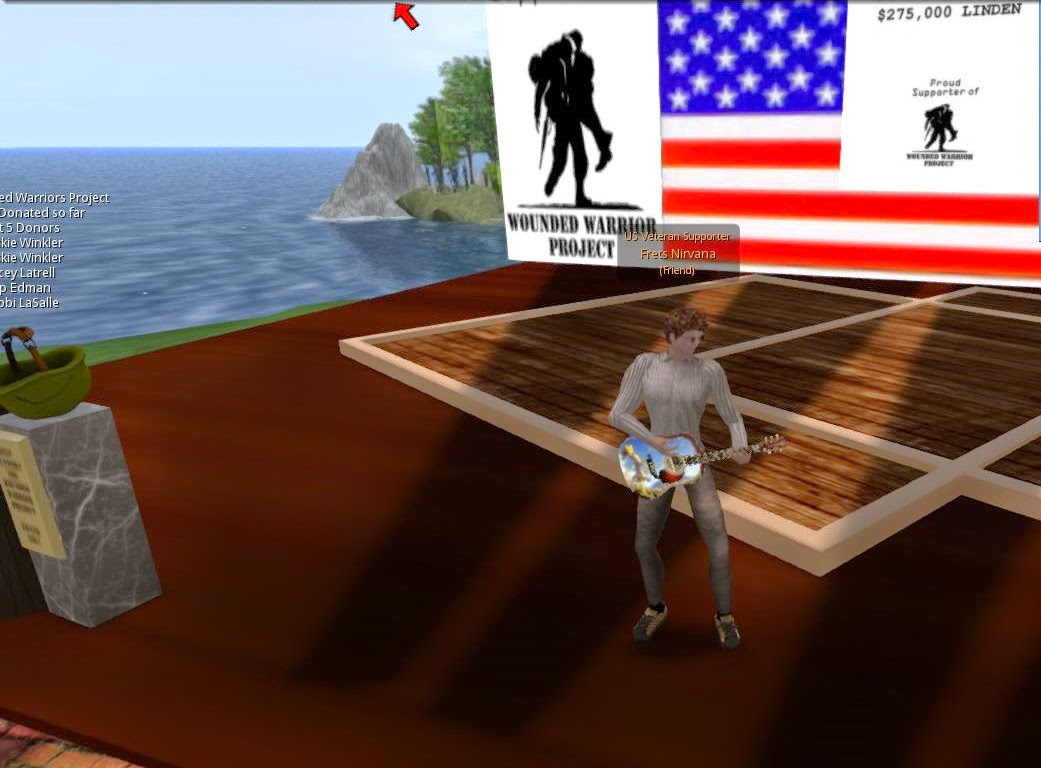 The Veterans Isle Wounded Warrior benefit concert takes place on the last Sunday of every month. To learn more about the charity. visit https://www.woundedwarriorproject.org/ .