Yuri's Night is an international celebration held on April 12 every year to commemorate space exploration milestones. The event is named for the first human to launch into space, Yuri Gagarin, who flew the Vostok 1 spaceship on April 12, 1961. The launch of STS-1, the first Space Shuttle mission, is also honored, as it was launched 20 years to the day of Vostok 1 on April 12, 1981. In 2013, Yuri's Night was celebrated at over 350 events in 57 countries.

The goal of Yuri's Night is to increase public interest in space exploration and to inspire a new generation of explorers. Driven by space-inspired artistic expression and culminating in a worldwide network of annual celebrations and educational events, Yuri's Night creates a global community of young people committed to shaping the future of space exploration while developing responsible leaders and innovators with a global perspective. These global events are a showcase for elements of culture that embrace space including music, dance, fashion, and art. 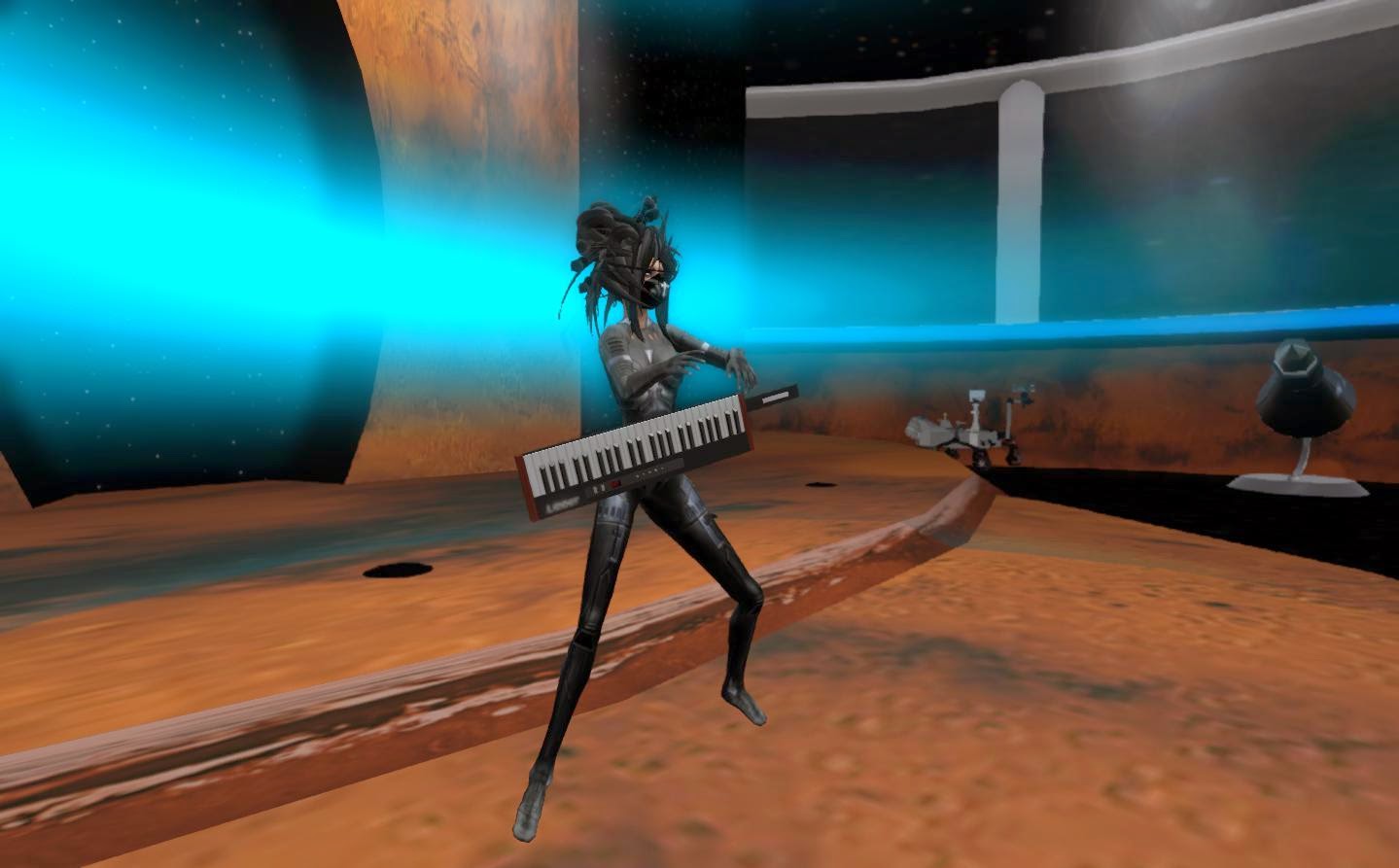 The event took place from about 4PM SL time to 10 PM. Originally scheduled to be at the Sagan Planetarium in the Aspen sim, the event was moved to high in the sky over Spaceport Bravo. Pixel Bombastic performed live music for the crowd of science fans. 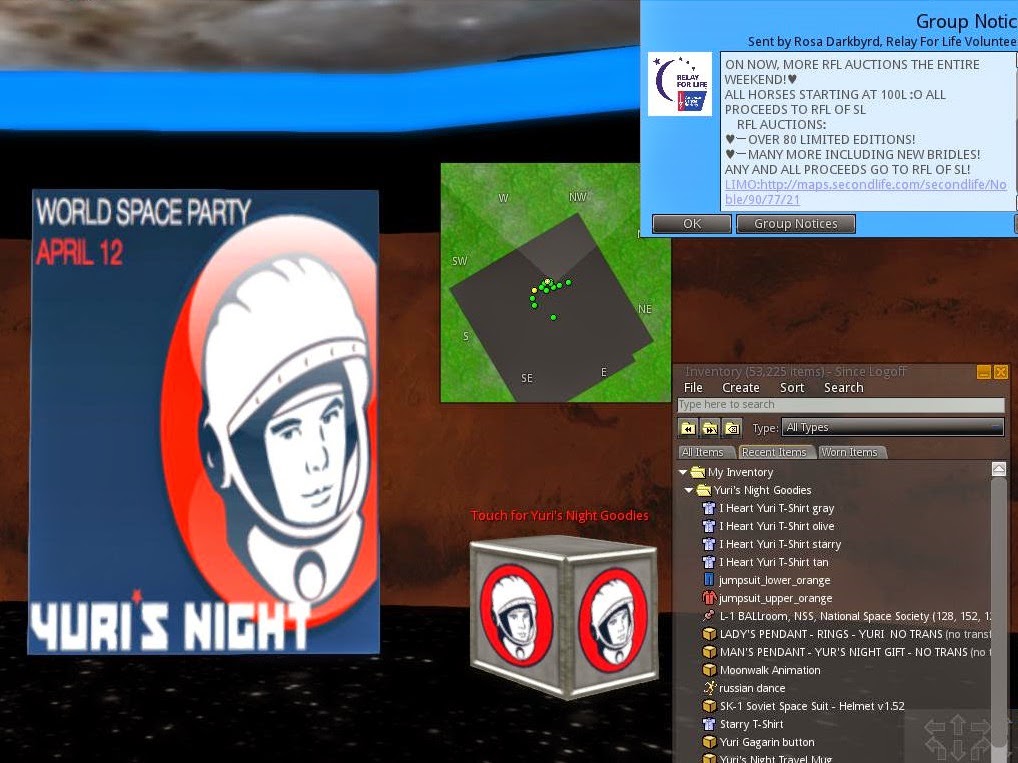 For those dropping by, there was a box of freebies one could pick up, which included t-shirts, mens and womens pendants, moonwalk and Russian dance animations, and an SK-1 Soviet space helmet. 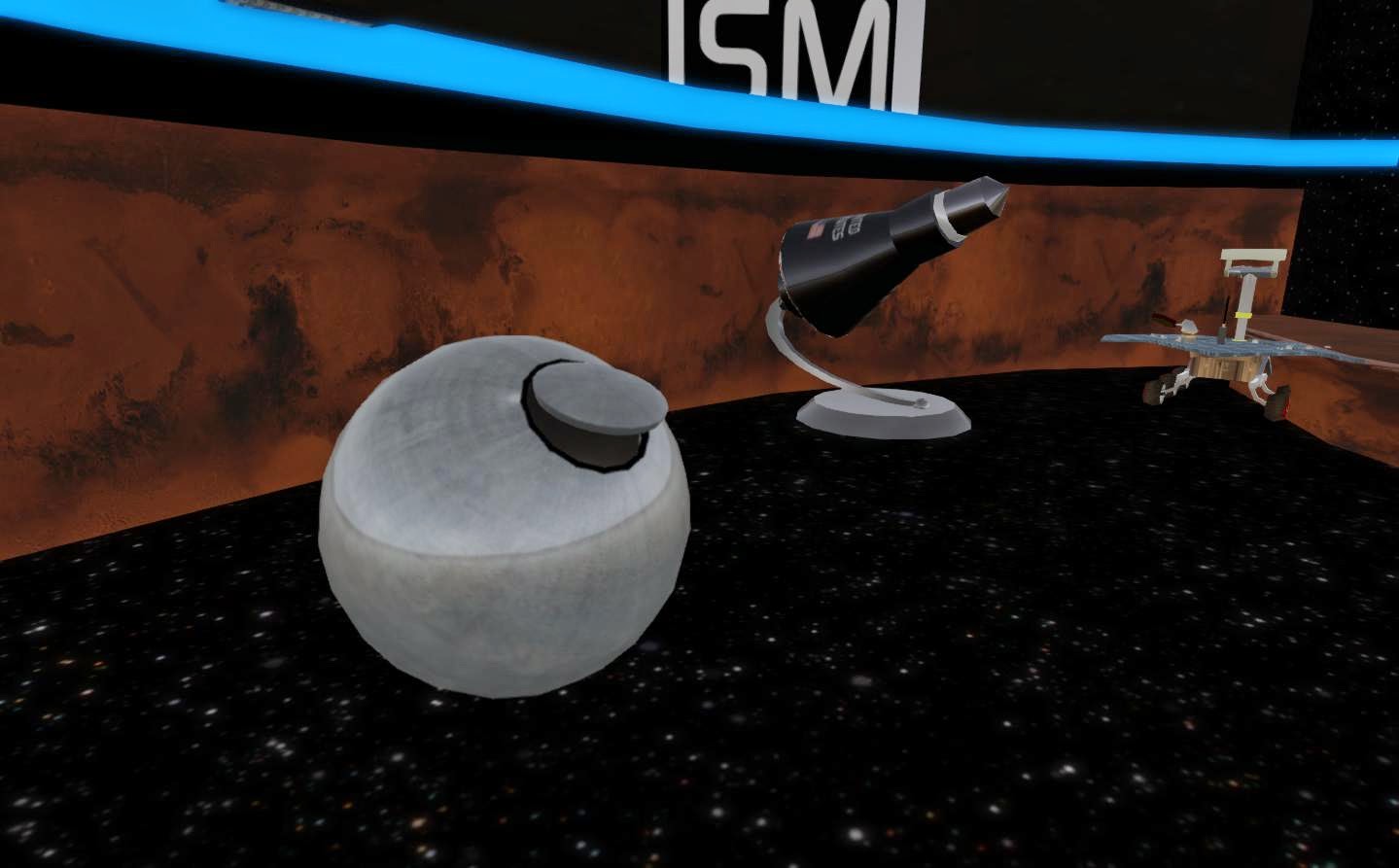 Among the exhibits there was Yuri's capsule from his Vostok rocket, "Gee, that Vostok capsule really was just a steel ball!" "(laughter) Pretty much."

One lady commented, "Yuri was received by Brazilian President Quadros, and we are very effusive in how we ... our joy, (laughter) he is correct, but the Russians are like that ... They are also very effusive, as the Italians. ... The ability of joy of the Russian people is indeed admirable, Russian folklore and the music is beautiful too." 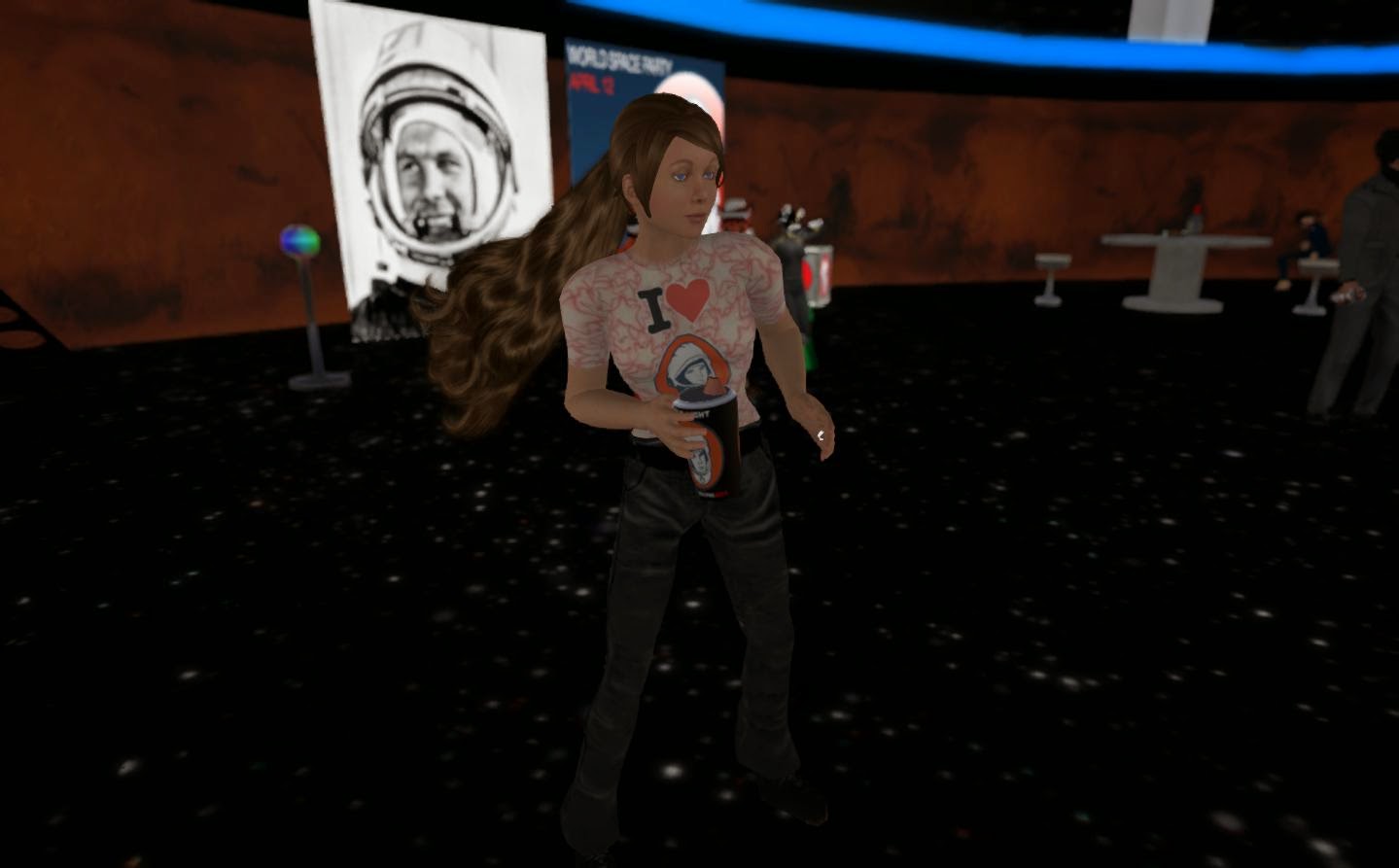