On Thursday April 3rd, the Relay for Life team "Sunbeamers," made up mainly of residents from the Sunweaver and Angels communities, held their first event of the year at Club Zero Gravity.With the Relayers doing the team "skunkings" for the second year in the row, leading to numerous skunk jokes, it was decided to have the theme as a "Skunk party." 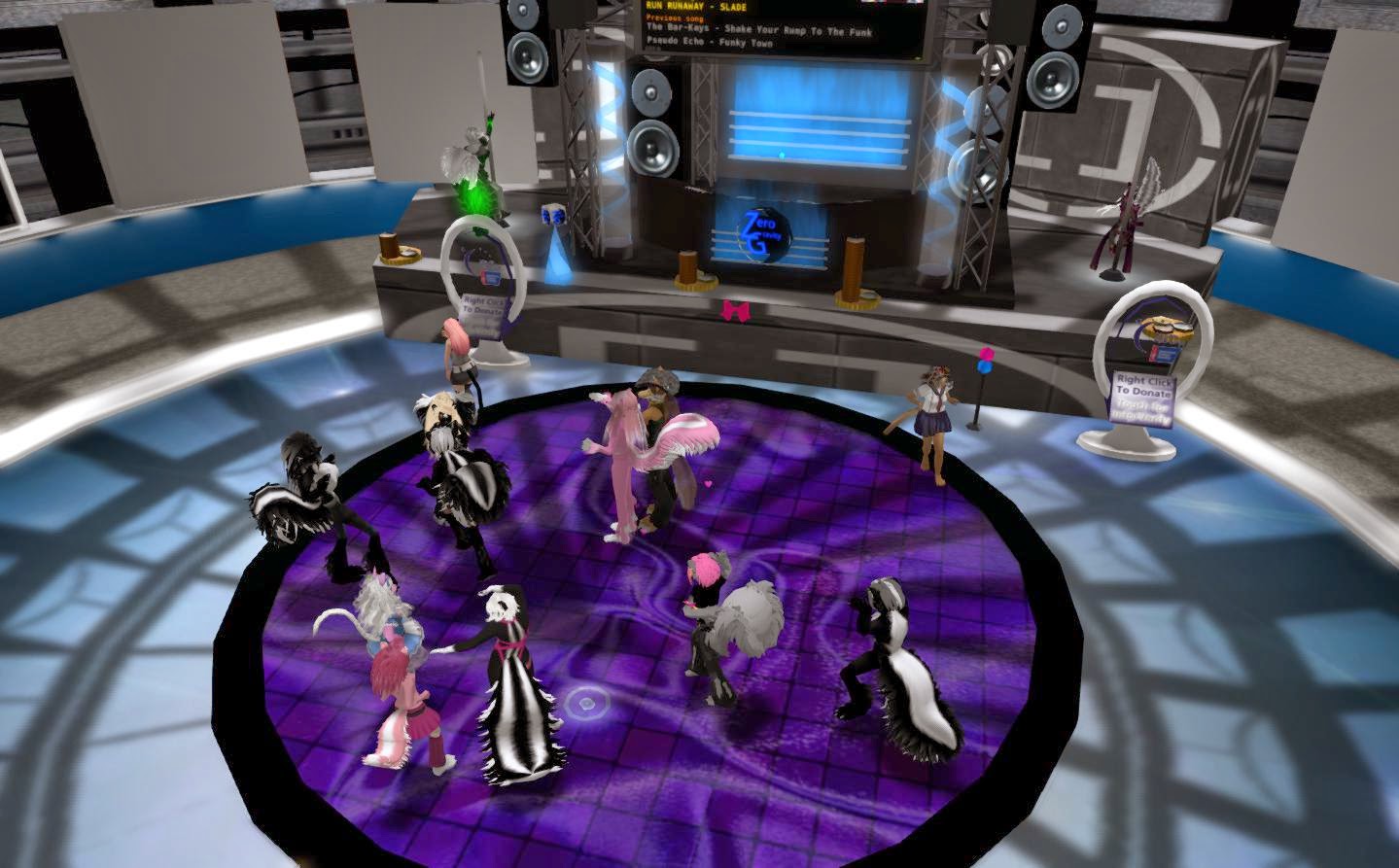 Heads up! Tonight from 6 to 8PM, Club Zero Gravity, will he hosting a skunk party for the Sundreamer team in honor of the Relay for Life in SL's "Stinky the Skunk" (http://relayforlifeofsecondlife.org/stinky/). So get your stinker av's ready, and let's SKUNK CANCER! 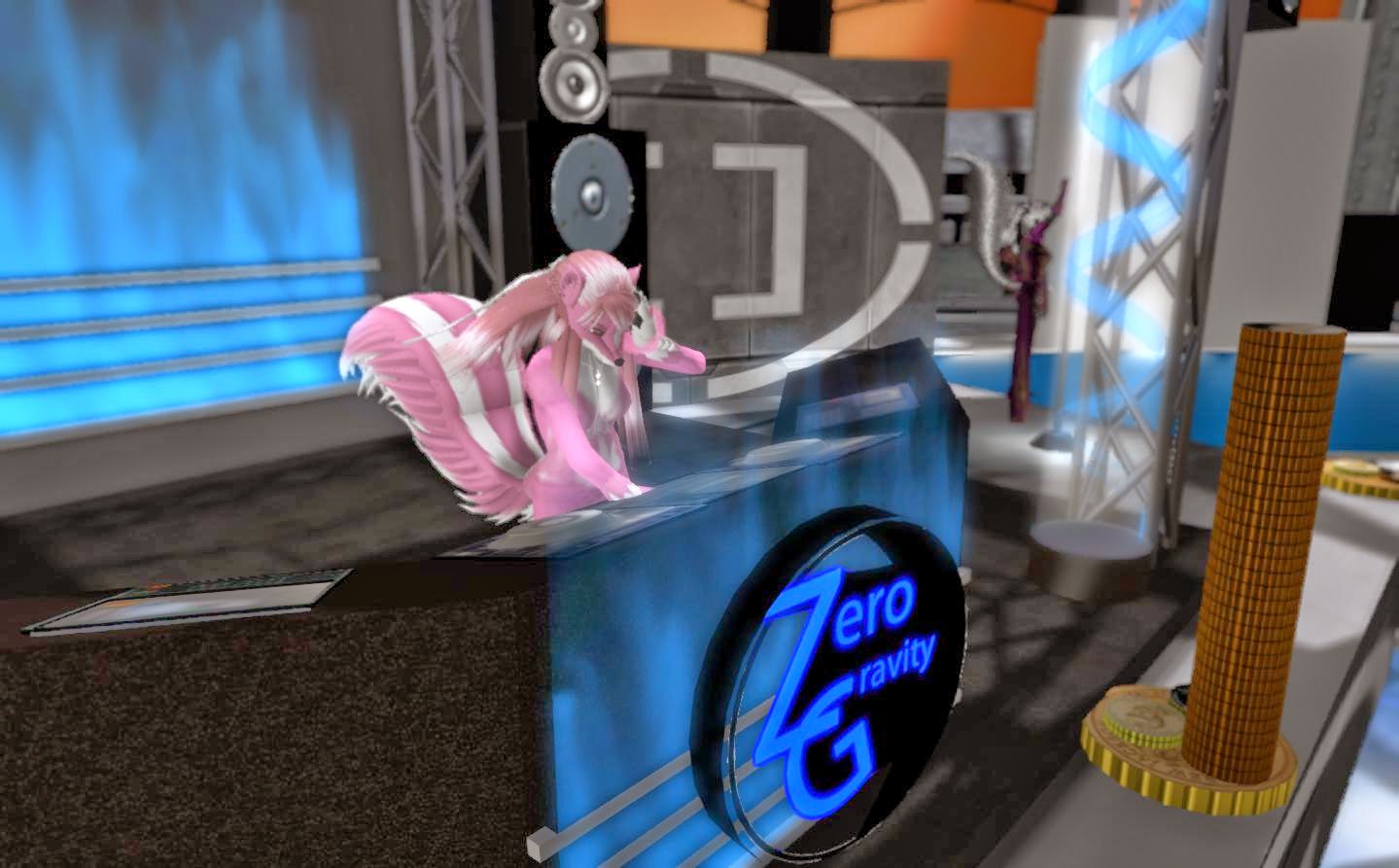 Perri Prinz was the DJ for the event. Normally a Kani bunnygirl, for tonight she was a perky pink mephit. She entertained the crowd with songs appropriate for the event, such as "Love Stinks," "That Smell," and "Boogie in the Butt." 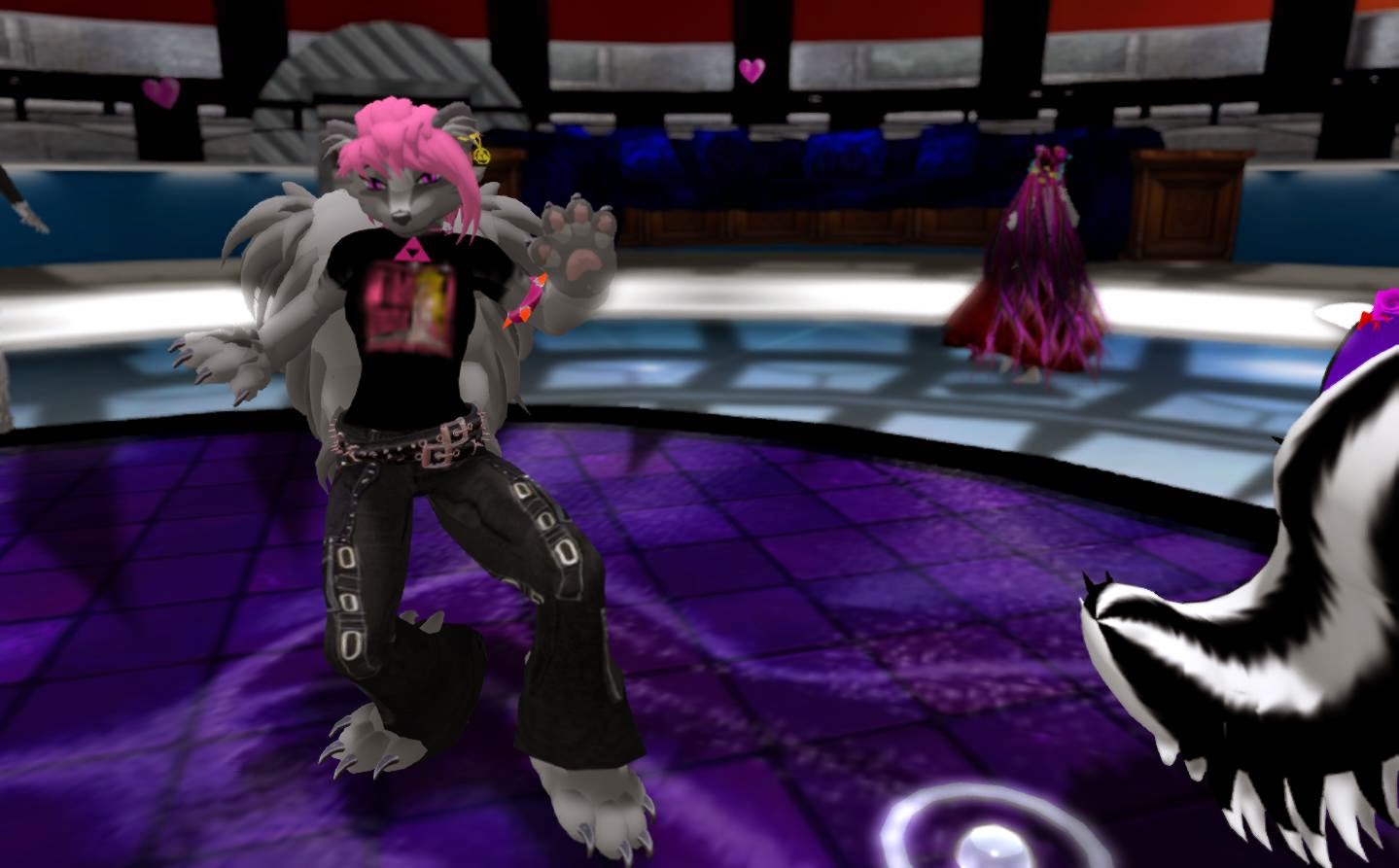 Not everyone present was with the Sunbeamers. The Skunk Lovers group had heard of the party, and some decided to drop in to help fill the club with some more black and white. Close to two dozen made the fundraiser. 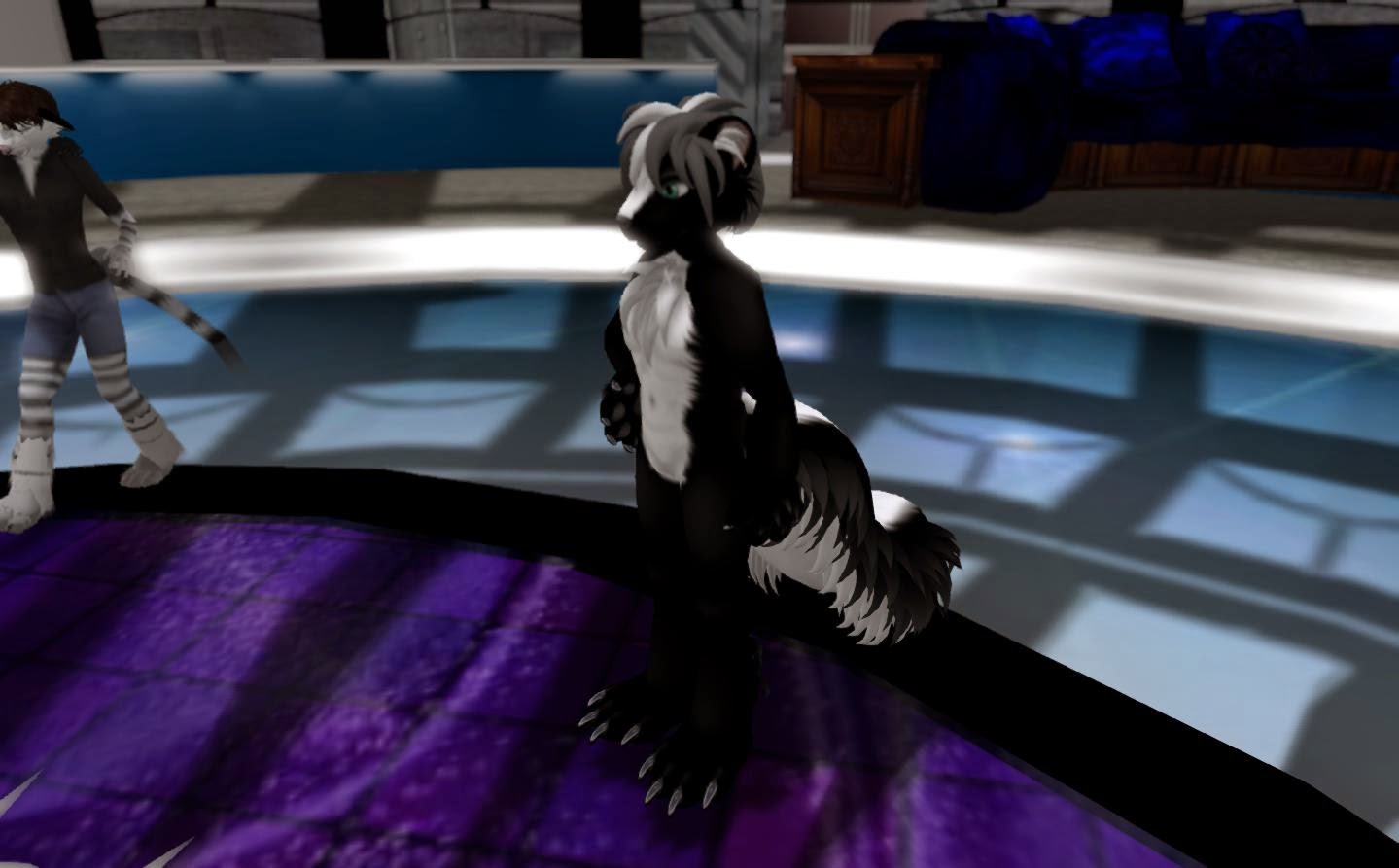 Among those showing up was Stinky himself from the Relay. 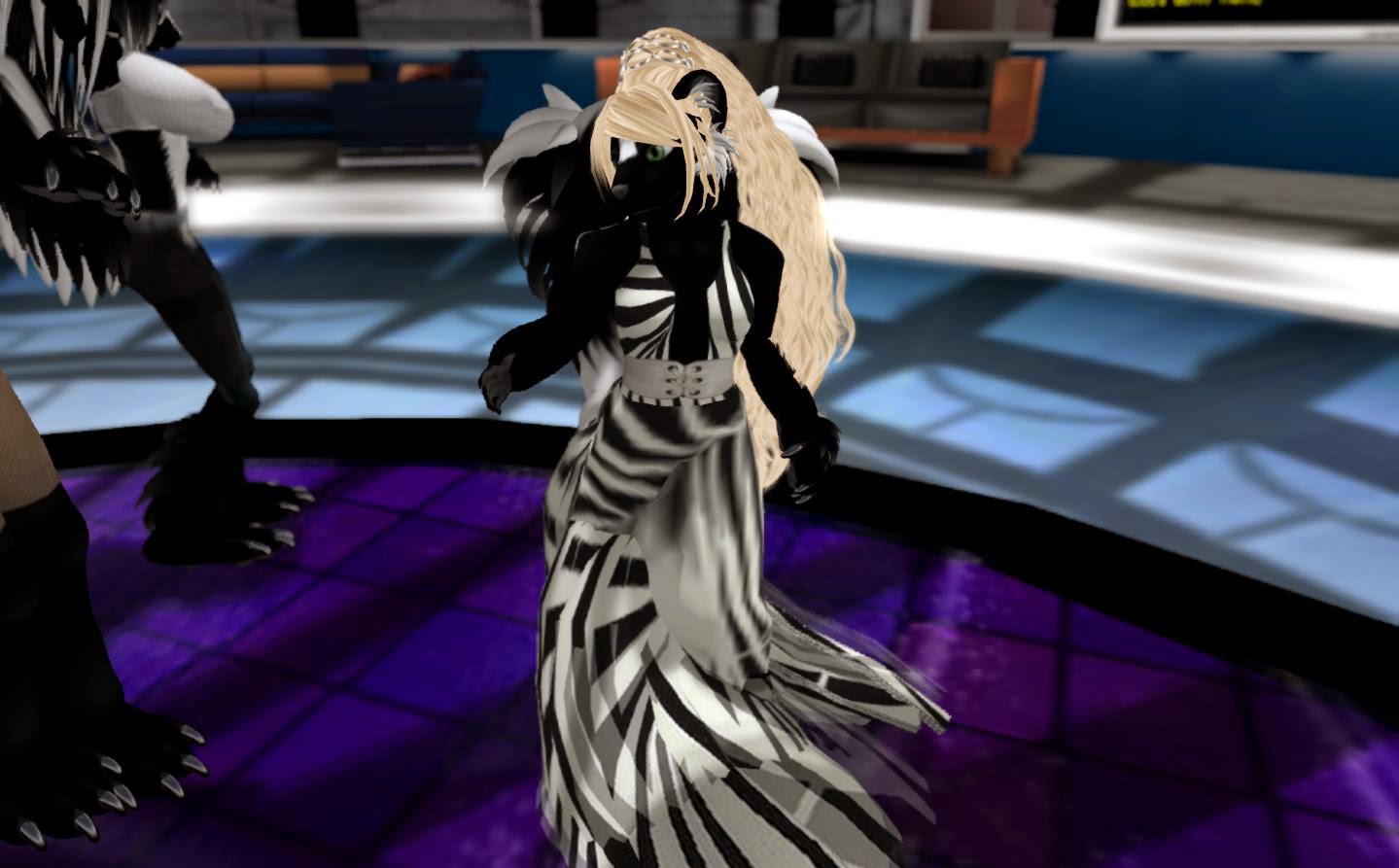 But this isn't the only Sunbeamer event this week. On Saturday, the team will be having it's air show. The event goes from 8AM to 4PM at Pacific Waters.