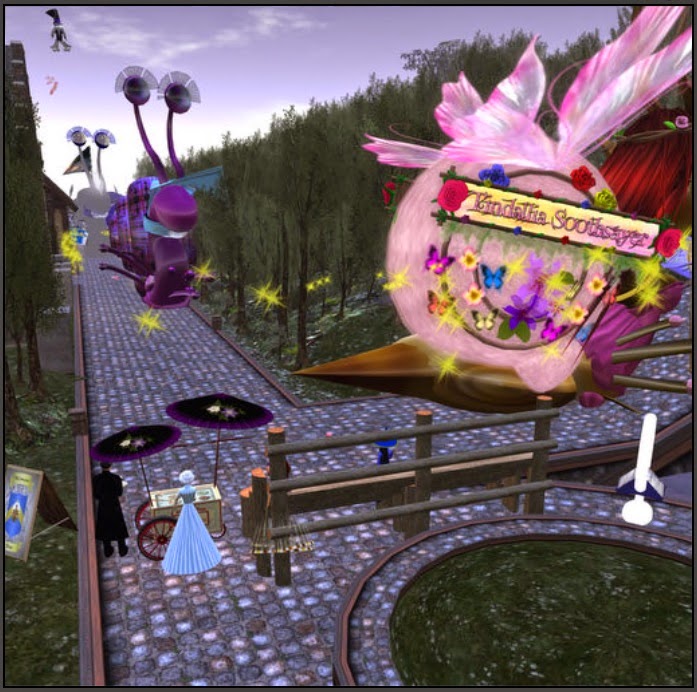 Last weekend on Saturday April 19, the Giant Snails held a cross-country sim race in the Winterfell area. This Fantasy-themed region bordering the larger steampunk community of Caledon had entered and won an auction by the Giant Snail Team in the Relay for Life to be the location for April's cross-sim race. The race was watched by a number of residents, including some from and with connections to Steelhead. KlausWulfenback Outlander, aka Baron Wulfenback, shared a couple pictures with the group. Here, Tindalla Soothsayer takes the lead. 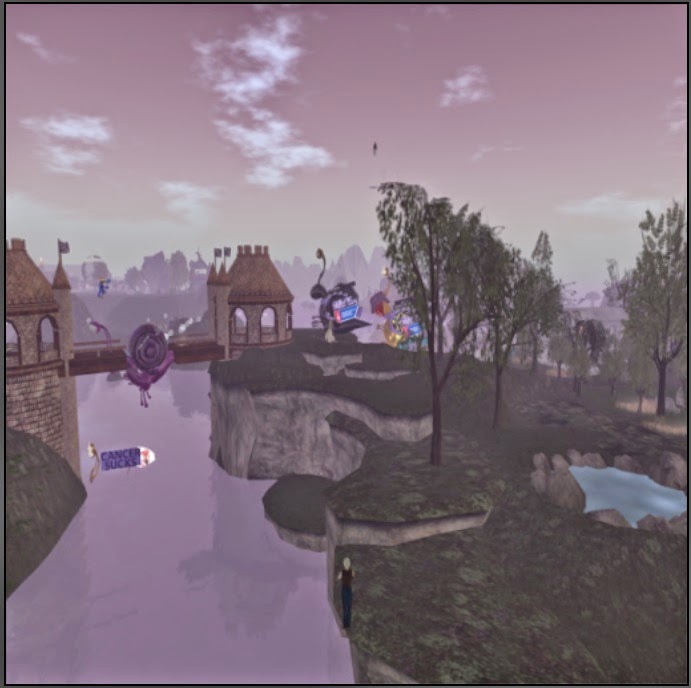 There were a few complications. While they might not have had to contend with the infamous ban lines encountered in mainland cross-country races, the tall trees and less than familiar terrain made for more than a few snails getting lost, especially in the first races. Plus, it was easy to fall off bridges, as this picture from the Baron shows, "I believe Frau Fall is still on the safe side of the bridge, but not for long."

Several races would be held that afternoon, a video was made of the first 38 minutes of the action though.

During the races, it was announced that the Giant Snails as a Relay team had reached the 100,000 Linden mark in funds raised this season, and were now a silver-ranked team.

The Giant Snail Races are run by RacerX Gullwing.