Battle of the DJs at Tiki Paradise


In a few days, on Friday the 4th, the club, Tiki Paradise, will host a DJ battle, at 1800-2000 (6 pm-8 pm). The DJs performing are fairly new to the club, Safi and Hudley. The music they will be streaming has yet to be determined. However, when it is determined, it will still be kept secret to keep the battle fair. 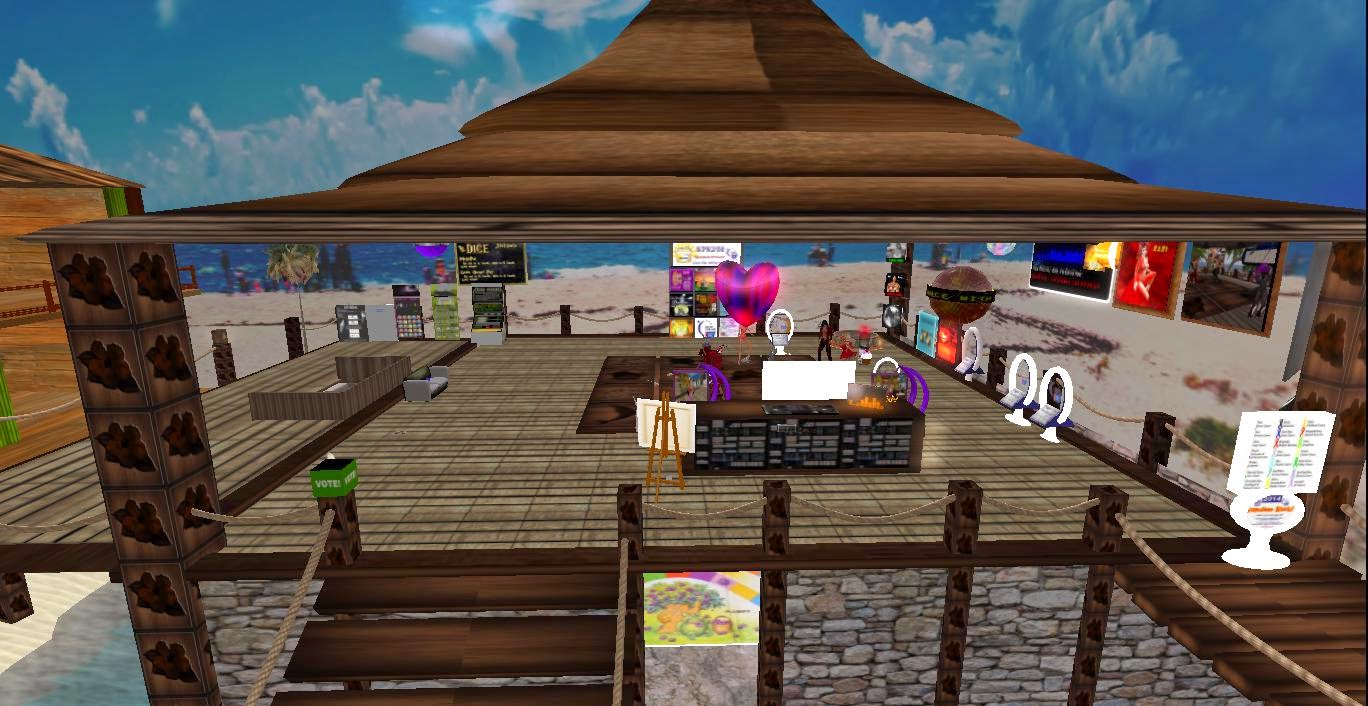 I originally started to organize the battle three days ago, to prove to everyone how much a host really can do. However, that soon changed, when I went to a friend's set. Their set usually draws about 20 people, however less and less people have been coming, and this set really hit the low, the only people in attendance were the host, the DJ, the two owners, and me. I realized that most people go to clubs, not for lindens, but to hear great music.

It is sad, yet it's assuring at the same time. It's sad that we can't get people to come, even when there's a contest, consisting of, at least, L$ 250. It's reassuring, since it shows how much greediness has decreased. So, rather than sitting back, and watching the club die, I decided to do something, and that is when I really had a reason to get this battle all set up, and going.

So make sure, if you want to hear some great music, while helping a club out, at the same time, come to Tiki Paradise. Not to mention, it's sort of my way of getting back to hosting at the club, which has been a second home to me, since I joined SL, over a year ago.

TheonlyJohnny Resident
Posted by Bixyl Shuftan at 6:00 AM