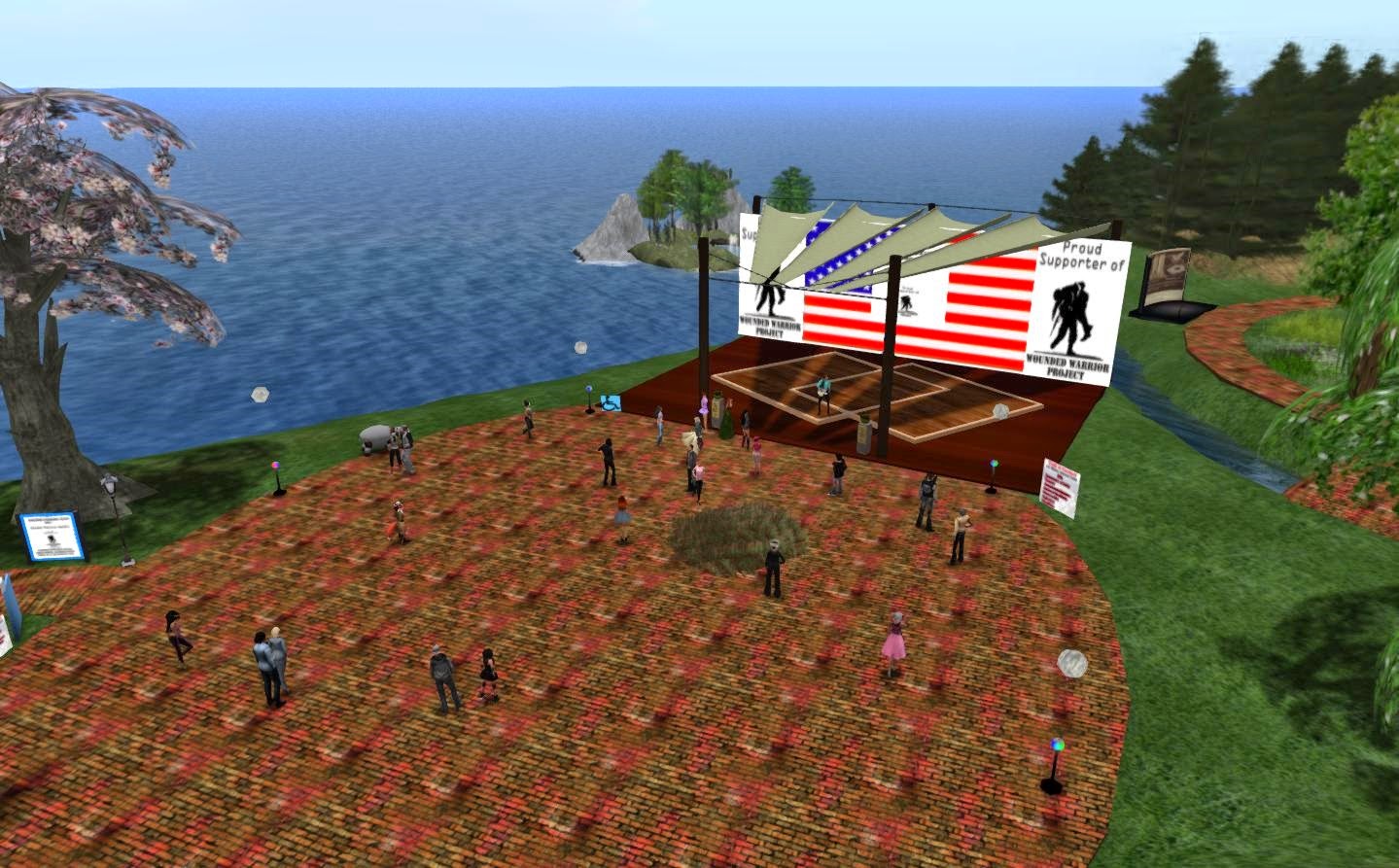 On Sunday night, March 30th, Veterans Isle was the scene of the monthly Wounded Warrior Benefit in Second Life. Frets Nirvana and the US Military Veterans group organized the third event of its kind this year. Over the course of four hours, Frets and four other musicians performed on stage for the crowd as they listened and danced. Two kiosks looking like upside-down helmets were at the foot of the stage, which took the donations for the charity.

Keep Pondman (Alton Rex), had been scheduled to play music for the first hour, but he fell ill. Fortunately Dennis Mac Namara and Kat KatRose Serendipity took his place in  "duel" on stage from 5PM SL time to 6. Second was Maximillion Kleene from 6 to 7PM. Frets Nirvana himself took to the stage with his guitar for the third hour, 7 to 8PM. FrankLee Anatra capped the performance, 8 to 9PM SL time.

By the time the event ended, 87,000 Lindens had been raised for the charity.