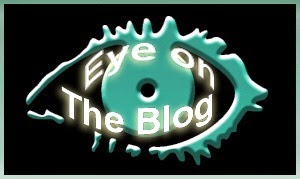 Last month, Linden Lab and Onlive announced the launch of "SL Go," its new application which allows Second Life to be played on tablets, as well as enabling fast rezzing on older computers. Those trying it out liked it, but there was one problem: the price. At $3 US dollars an hour, most were saying they wouldn't use it if they had to pay that much, or do so only for emergencies.

A few days ago, Linden Lab announced the price was going down, a lot.


Since launching the beta of SL Go about a month ago, OnLive reports they’ve seen a very positive response to the Second Life® Viewer for Android™ that allows users to access Second Life over wifi or 4G LTE4G LTE on tablets and laptops. Today, OnLive has updated the SL Go beta with new pricing ...

Users had the choice of paying 1 US dollar an hour, or paying $9.95 a month for unlimited use. The 20 minute free trial remains. SL Go is also available in more countries, much more of Europe, plus Canada, Russia, Turkey, Cyprus, and Israel.

Jo Yardley also had a few things to say about the price cut ( link). There was also this thread in the official forums (link). The SL Universe forum thread began discussing the price drop here (link).