RFL Springfest Battle of the DJs 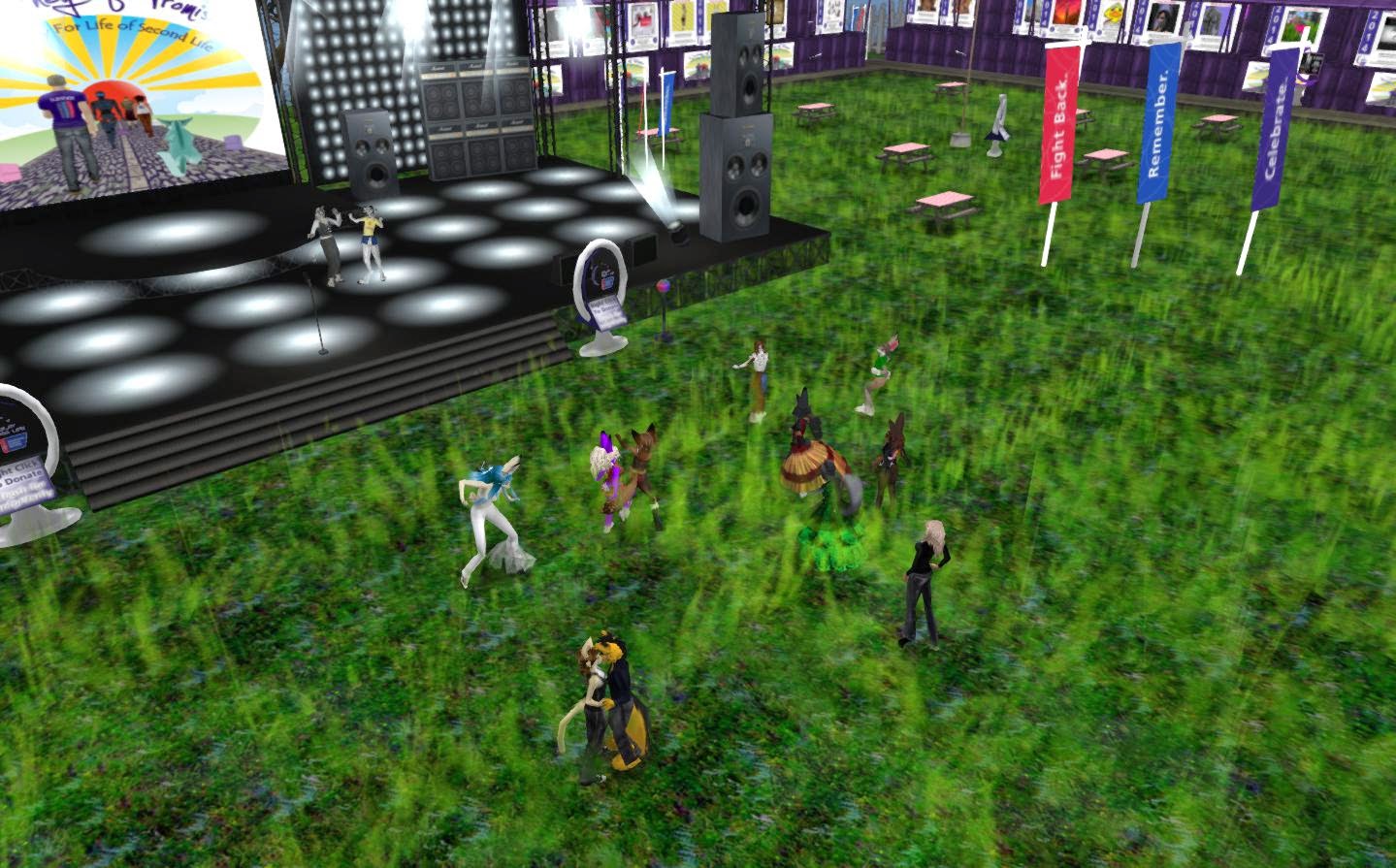 From Noon to 2 PM on Sunday April 20, the Relay for Life's Sunbeamer Team held a "Battle of the DJs."  This was the Relay team's event for the "Springfest" weekend. Three of the team's DJs performed to raise funds for the team for the American Cancer Society.

'Beamers, we will need you to here to cheer on your fav DJ to victory. Cynthia Farshore, Shockwave Yareach or Perri Prinz, as they battle for your hearts, minds and your hard earned Lindens.  Who wins will be determined by who raises the most Lindens, during their 40 minute jam session!  Battle starts at  Noon SLT. 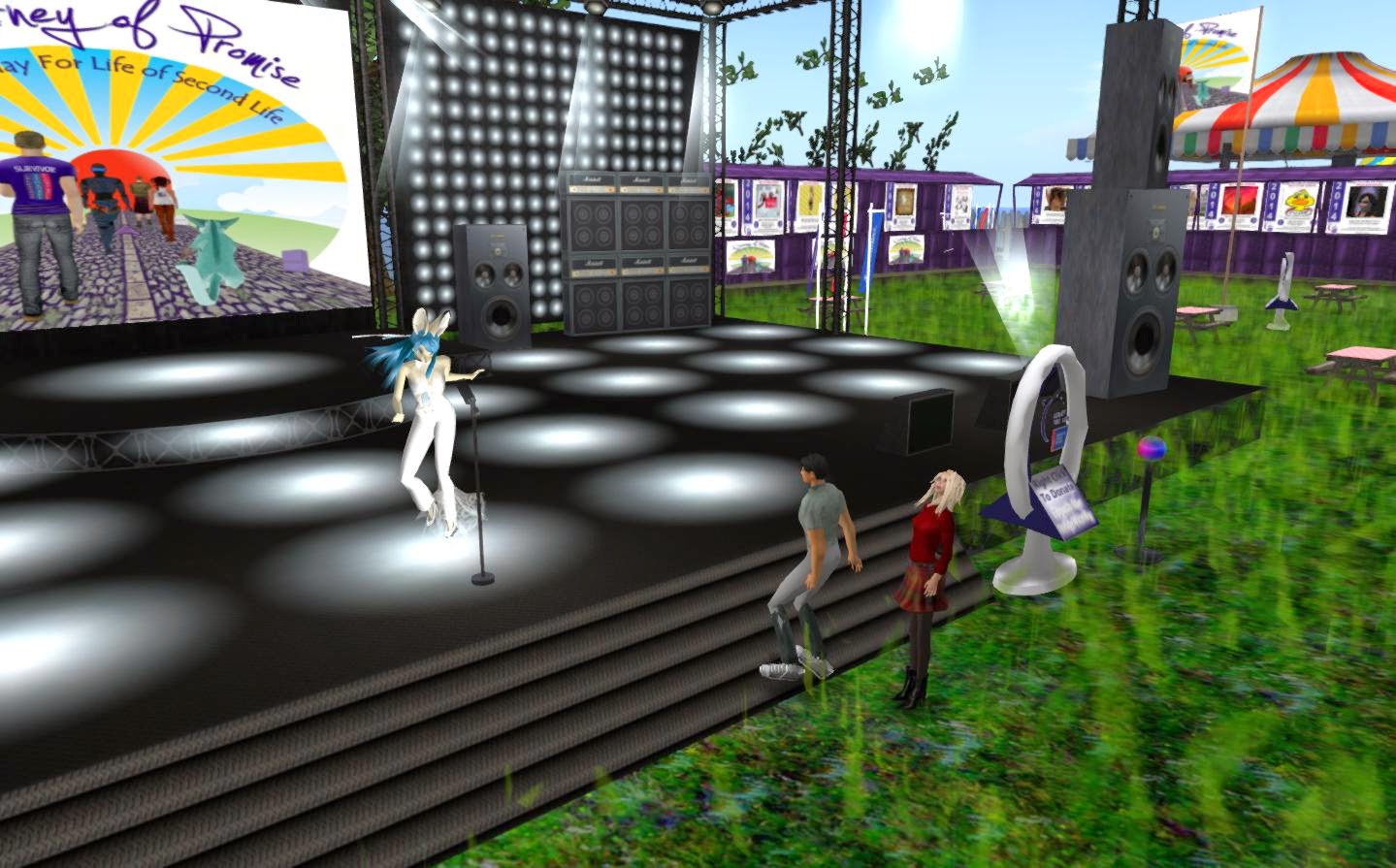 DJ Cynthia performed first at Noon. The music from a far shore was followed by the 'beamers answer to Wolfman Jack: DJ Shockwave whom performed from 12:40 to 1:20 PM. Last but far from least on this Easter Day event was their resident bunny DJ Perri. Here, she has a couple new fans coming up to the stage for a closer look. 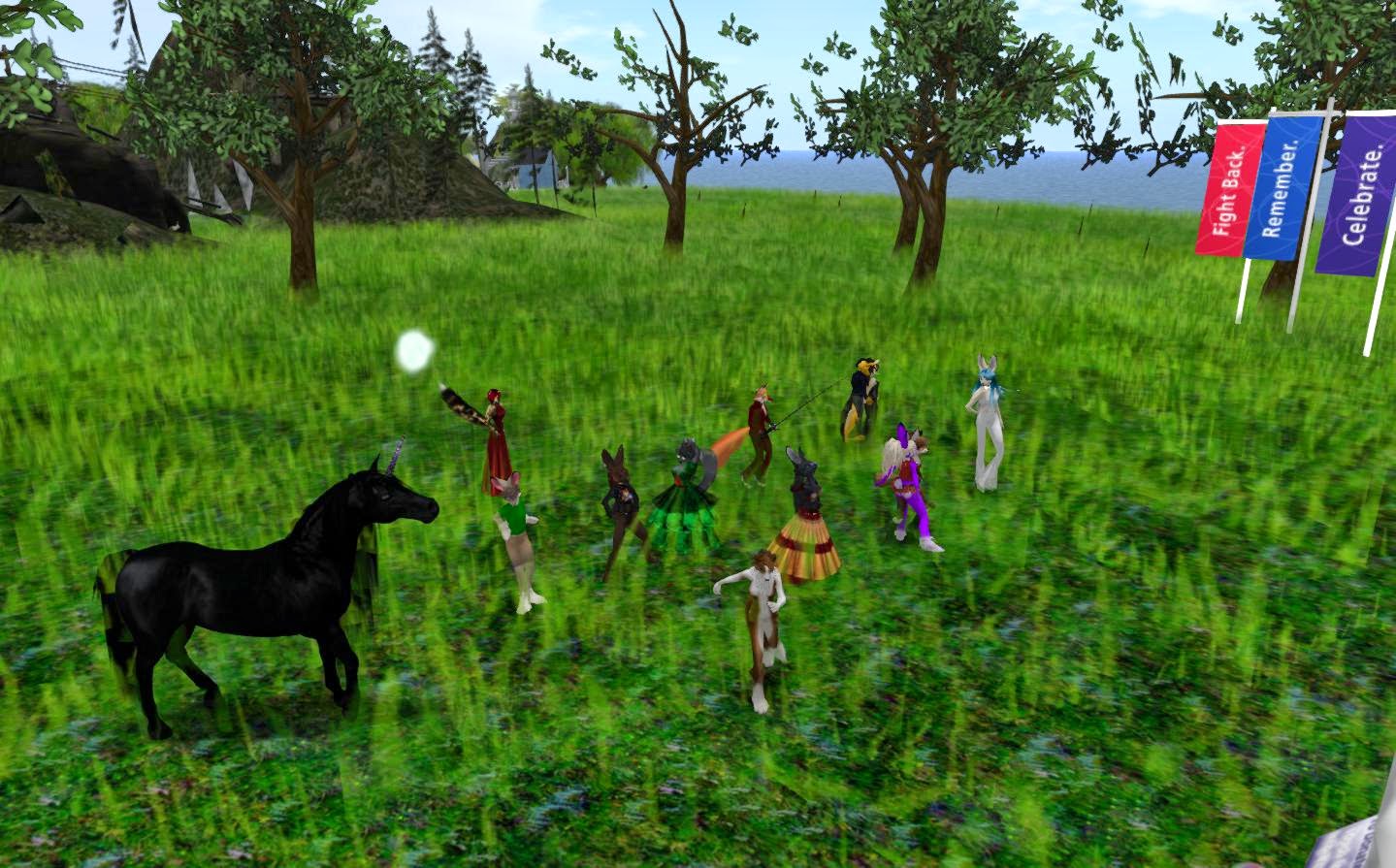 All three DJs brought in several thousand Lindens, bringing the team total to just under 49,000 Lindens. As of the writing of this article, the total stands at 50,000 raised, about half the amount needed to reach Silver status.

*Addition* Rita later announced it was Perri Prinz who brought in the most cash.

I want to thank our three DJs for putting on a great show!  You all did great!  ...  I do want to thank those of you who did find the time away from family and friends to come out and support our event.  Cynthia raised 1170L, Shockwave raised 1949L, Perri raised 2450L.  So Perri is our WINNER!