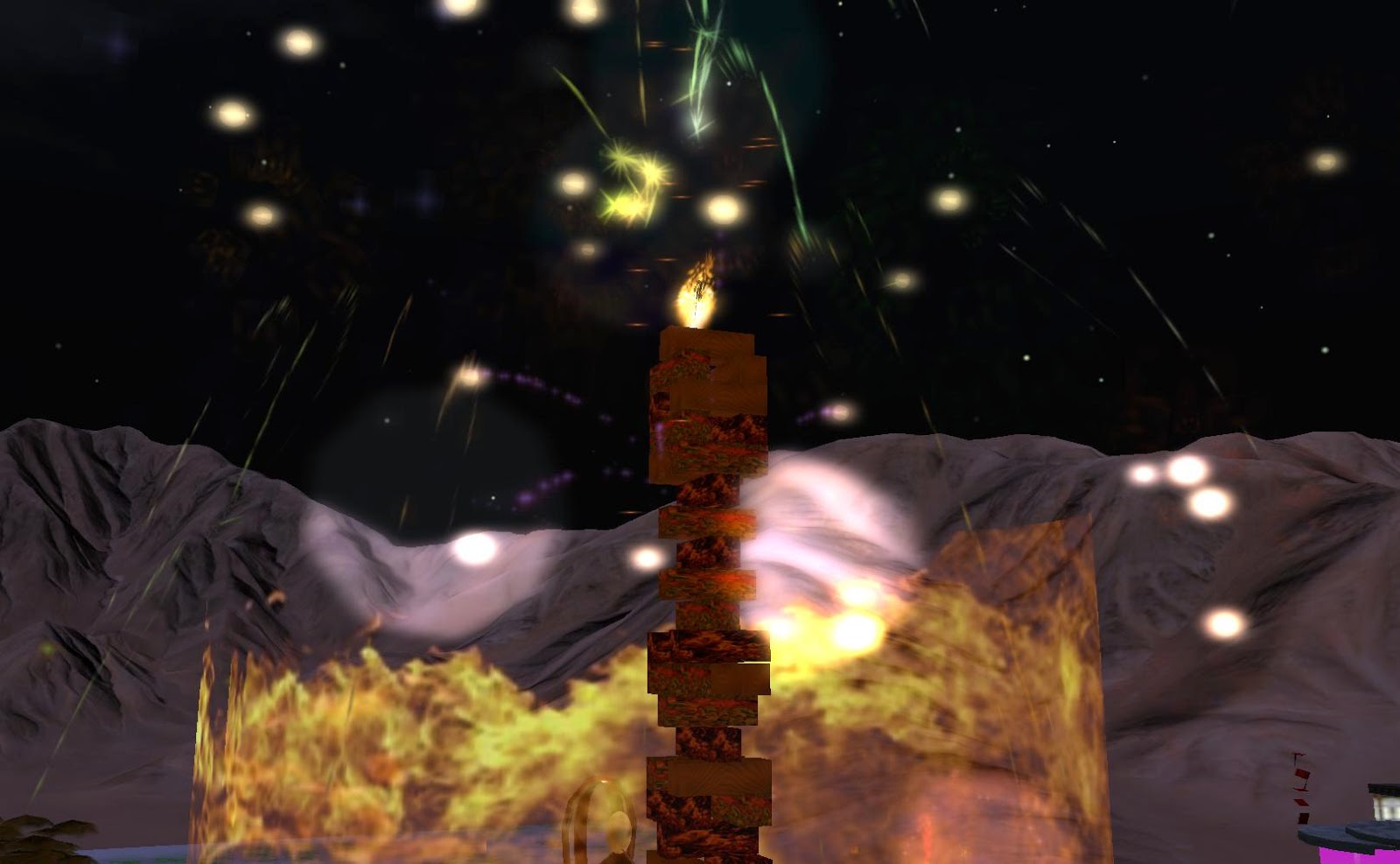 Lots of events happened this weekend. The big thing was the "Burnal Equinox" festival, which ended with a bang, or rather a tower burn. But there were other events such as a tank rally in New Bastogne, the "Homes For Our Troops" Benefit at Veterans Isle, the Bacchanalia in the Roma area, and of course the Relay for Life events, which included a mermaid party and a "jail and bail."

More on these later.
Posted by Bixyl Shuftan at 6:04 AM