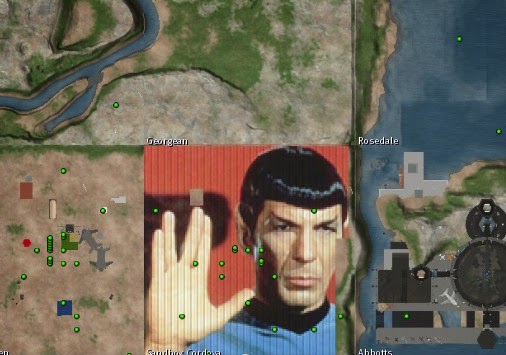 Ciaran Laval came across this image of the Second Life map, with the Sandbox Cordova sim looking like a picture of Spock. She credited the picture to Imnotgoing Sideways. Another example of Second Life residents doing tributes to Leonard Nimoy in addition to those we wrote about on Monday.

Taking a look at the map now, the image seems to be gone. Like other things on sandboxes, presumably returned after sitting there for a while.
Posted by Bixyl Shuftan at 6:01 AM