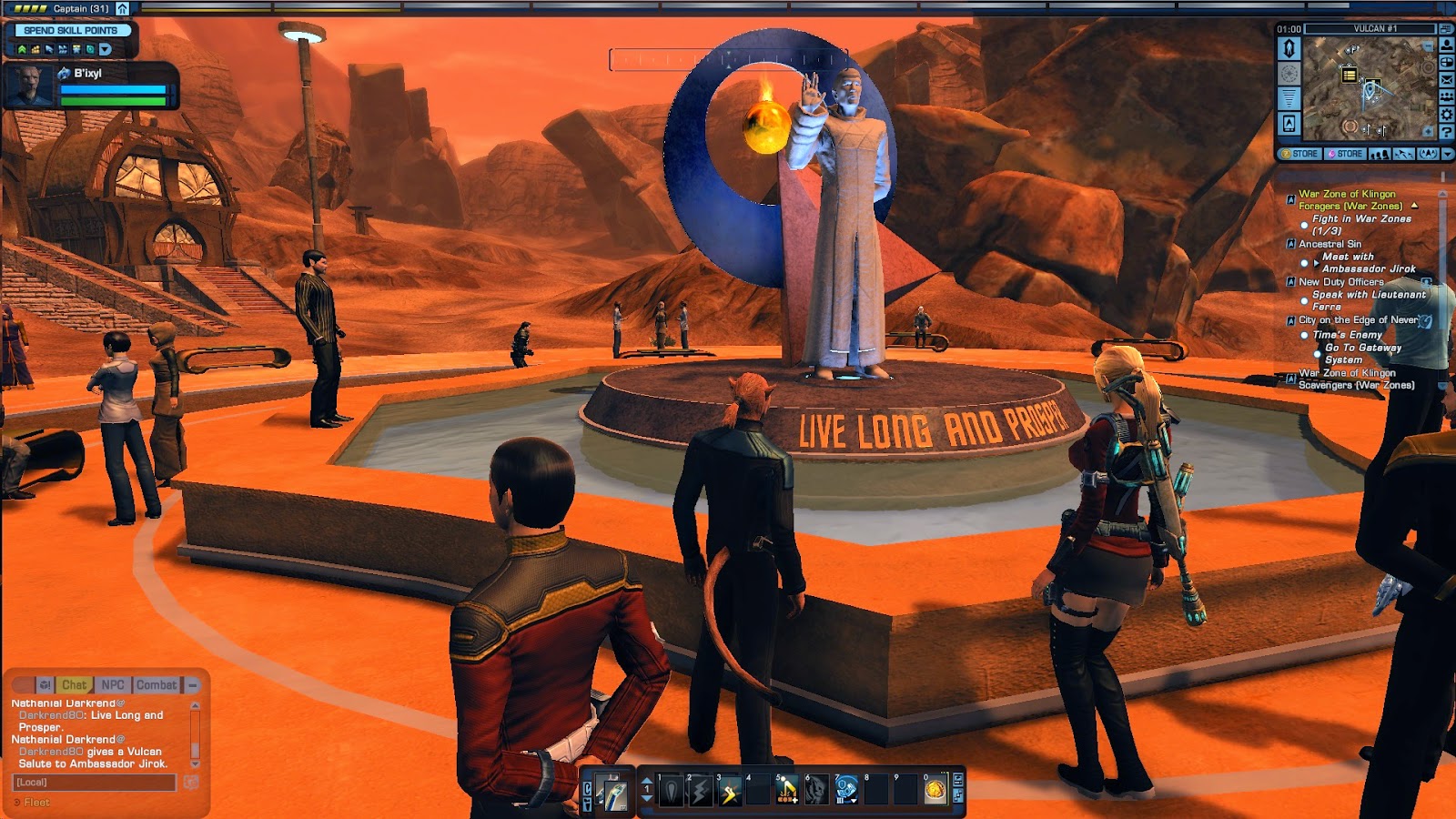 On Thursday March 5, The Star Trek Online MMO added some in-game memorials in response to the death of Leonard Nimoy about a week earlier. At the town square on planet Vulcan, the fountain had a statue of Spock placed with the words "Live long and prosper." There was another statue erected on New Romulus, with the words, "The needs of the many outweigh the needs of the few." 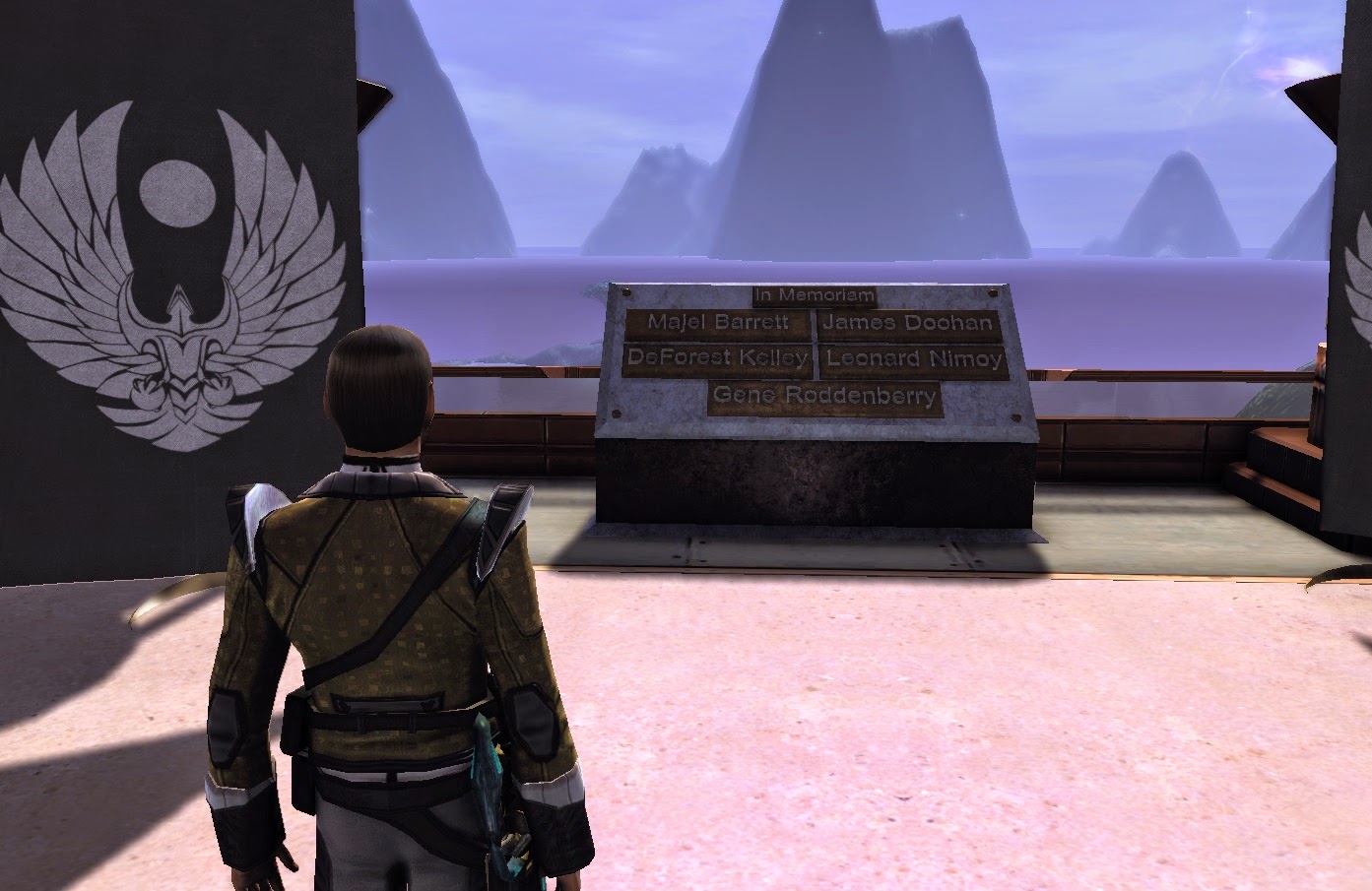 Also at New Romulus, and at the Earth Spacedocks and the Klingon homeworld of Qo'nos, there were black flags on the wall draped as a sign of respect for the fallen. There were also permanent memorial plaques at these locations in honor of Nimoy and others in real life associated with Star Trek.