On March 21, the first of this year's cross-country Giant Snail Races took place in Second Life's mainland. This is the video of the competition, "This is probably the best footage of one of these Giant snail races we've ever made. This is the first Giant Snail Cross country race of the Relay For Life season in second life. Though we don't attract as many Snails as we used to to these events it makes for better footage of the ones that do race . So maybe we've finally reached the optimum amount of snails. We raised 36,000 L. Big thanks to Mae Best for her generous donation that brought all the snails to the top tier starting position." 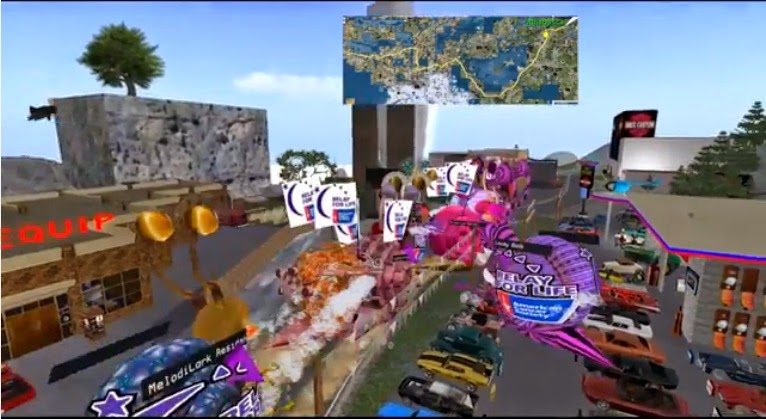 Caiten Carter was the winner, with Snurky Snoodle coming in Second.

The Giant Snail Races run every Saturday in Second Life. Usually the race is on an obstacle course in a single sim, but once a month during the Relay season, they hold a cross-country event to raise money for the Relay for Life. RacerX Gullwing is the one who organizes the races, with the help of his team.
Posted by Bixyl Shuftan at 6:45 AM