New Places at the Sunweaver Estates 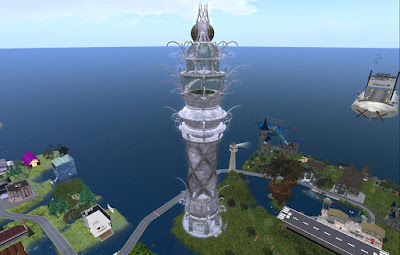 In a community, private homes can have new builds frequently. But last month, there was quite a large structure that was up within sight of Club Cutlass, the Sunweaver community's popular hangout. A tall crystalline tower went up near the shore ot Sunweaver Bay, standing close to 180 meters tall. The build belongs to Jenni Greenfield, the manager of Cutlass. 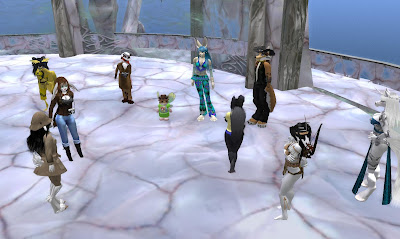 Resembling something out of a fantasy story, the tower can either be climbed via it's stairway, or residents can fly up into it. When the tower first went up, most chose the flying option as they went to check it out. The place could easily be used as a Fantasy roleplay setting, perhaps a spot for a couple to go on a date, or maybe just simply to get a look over the sims of the community from it's high vantage point. 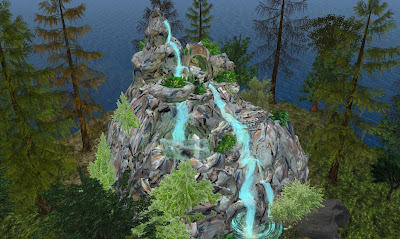 Jenni's Tower as I've heard it called isn't the only new place on the Sunweaver Estates intended for it's residents and visitors. In the northeast corner of Pacific Waters, near Farshore Field, is this fairy hill and waterfall, with a "goblin cave" and other caverns inside. 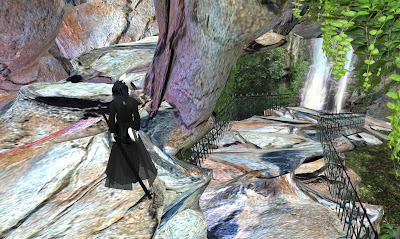 It was still under construction when I looked at it, though Cynthia was working at getting it ready in time for the air show today. In one of the lower levels is a small game room on various spots there are poseballs for yoga, or for couples relaxing, and even a jacuzzi. There's also a spot meant as a small dance floor for possible events, or perhaps for a couple dancing to the sunset.

Also in the sim is a tunnel for going under the mountain and surface of the water for a distance, and there are plans for docks for a possible boat race.

So by all means after having some fun at today's air show, take a little time to drop over and look over these two new attractions in the Sunweaver Estates.