The Odd Ball, With JaNaMooN, Today 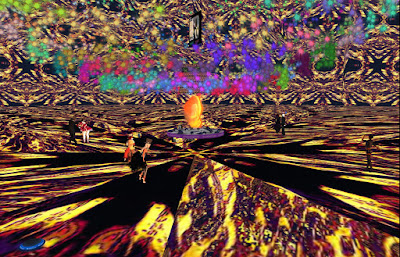 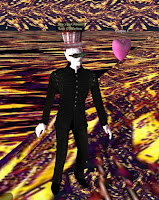 Second Life has a number of performers. But there's only one Odd Ball. It's been about ten years ago since Tuna Oddfellow's unique performances started. With it's unique special effects, it's been described by some as like a psychedelic trip without the side-effects, there's been nothing else like it. It had been a while since I'd last seen one of it's events, but Friday night, I dropped in on a show. Tuna is "Still Odd after all these years."

His next show will be on Sunday at 12 Noon SL time. Jana Kyomoon aka JaNaMooN will be playing the music.