Linden "Jail and Bail" at the Fantasy Faire 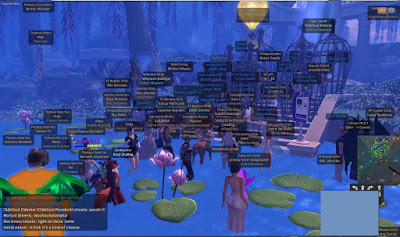 The Fantasy Fair had another big "Jail and Bail" event. Wednesday April 25, those in the Fantasy Fair and Relay Volunteer groups were alerted to several cages in the Willows of Nienna sim. There were Lindens and moles inside, and they were being detained until a certain amount of Linden dollars were raised. 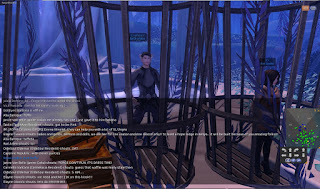 Those Lindens... in trubble agin !!! Goin against the Long Paw of da Law. We have done some questioning and had nothing to say but ... some time in da pokey.   (you know ya all have things you wish to register against dem too ... so COME ON DOWN to the Willow of Nienna and we will take care of this little mess .  Willows of Nienna (126,115,60) 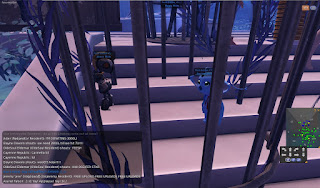 There were a number of Lindens in the slammer, which included Patch Linden, Forge Linden, Ami Linden, Governor Linden, Keira Linden, and Bianca Linden. There were also some Moles given the jail treatment, which included Naughty Mole.

"EXPLAIN TO ME!!!! HOW you CAUSED MY MOUSE TO GO BAD DURING JAIL AND BAIL!" Oldesoul, in a tiny "Dinky" avatar in a Keystone Cops uniform demanded of the Lindens, "BAD BAD BAD!" The residents in the audience made demands of their own, " GIVE US MORE PEOPLE ALLOWED ON A HOMESTEAD SIM!" "MOAR GROUP SLOTS!!!!! 100 AT LEAST!!!" 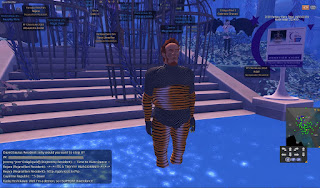 Eventually. Patch offered to reveal where Magellan Linden, whom had supposedly died months ago, was if enough was raised. And soon there he was. Someone mused that after a certain amount he should strip out of his outfit. Magellan answered, "Ain't nobody wanna see that!"

More than 312,000 Lindens had been raised at the Jail and Bail, bringing the Fantasy Fair total so far to over 6,198,000 Linden dollars. An impressive sum.