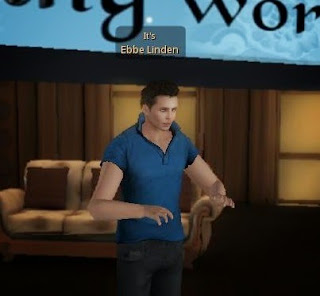 Ebbe Linden wants to speak to you and answer your questions. But you'll have to send them in advance. And it appears he'll be speaking to you from another inworld location.

In the official Second Life blog on Friday April 13, there was an announcement that the CEO of Linden Lab, Ebbe Altberg, or Ebbe Linden as his avatar on the Grid is named, would be speaking to an inworld audience at a "Town Hall Event" as an early part of the fifteenth anniversary celebrations of Second Life.


To kick things off, Linden Lab CEO Ebbe Altberg will be holding two “Town Hall” chat sessions on April 20th at 9:30 a.m. (SLT/Pacific) and 1 p.m. (SLT/Pacific). Ebbe will be sharing his vision for Second Life in 2018 and beyond, as well as taking questions from the community. Got a question for Ebbe? Post it in the Community Forum thread “A Conversation with Linden Lab CEO Ebbe Altberg” in advance of next week’s meeting. Questions will be selected from submissions for as many as can be answered in the time frame. To join either meetup, head over to one of these Town Hall Regions in Second Life on April 20.

As the Linden blog states, Ebbe will not be taking questions from the audience, but they are being taken in advance. Users are invited to ask questions in this forum thread. The Lab will select which of the questions will be used in the Town Hall event.

The post stated three locations for the event. So this strongly suggests Ebbe will be at neither place, but that instead he will be at a third location inworld to answer questions while the audience sees his broadcast, like at the VWBPE Conference last month. It also stated that this would be just one of "numerous appearances." So expect more Town Hall style events, presumably some during the Second Life Birthday. But there may be some in the weeks leading up to the anniversary event.

Linden Lab also stated "In the coming months, we plan to hold additional conversations and meetups directly with many of our communities ...." The community they listed was Bay City, though they also brought up "Firestorm users/developers," as well as the Second Life media group "Designing Worlds."

For more information, read the post in full in the Second Life Community blog.