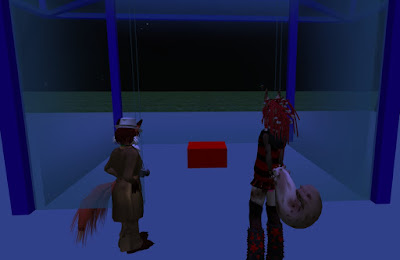 It was almost two weeks ago on April 13 that applications for this year's Second Life Birthday celebration began being accepted. Among the organizations applying, the Second Life Newser. Once again, the talented Silvia Ametza is lending her skills and time, along with her friend Aimeelou Destiny, to build our exhibit. She showed me her progress shortly after her building started. Exactly what it will be, well, we're not saying just yet other than it will reflect the theme of Crystal Anniversary in some way. Stay tuned for more sneak peaks of the SL Newser SLB exhibit, and that of the Sunweaver community.