CDS Gearing Up For Election 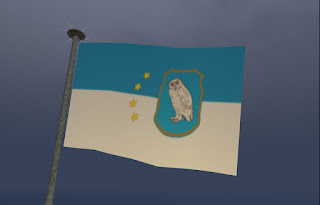 It will soon be election time for the Confederation of Democratic Simulators. Although officially the campaign doesn't start until May 5, those eligible to vote and run for office are determined by census this month. This will be the CDS's 29th Representative Assembly Election and Election of the Chancellor.

The deadline for local residents to run for office is 12 Noon SL time on May 2. On May 4, the CDS Dean of the Scientific Council  will post the official list of candidates, both in an inworld notice and the CDS forum) The campaign officially begins May 5. The polls open to vote on May 12, and close on May 19. On May 26, the Dean announces the names of the new Representative Assembly and Chancellor. The current Chancellor is Rosie Gray.

Residents qualify to vote in CDS elections if they hold land in their name in one or more of the CDS sims, and their tier is paid on time when the census is taken.

Check the CDS blog for more information.
Posted by Bixyl Shuftan at 6:01 AM