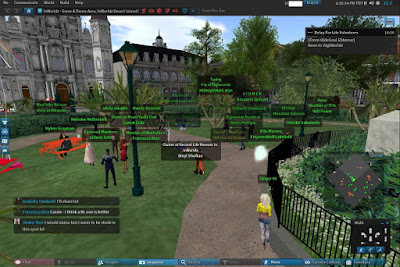 Friday July 27 was InWorldz last day. Logging in at 2:30PM PST, people were gathering at InWorldz Desert Island, one of the last sims still up.Most of the rest of the sims had been shut down. Some were lamenting the downfall of the grid, others were looking back at the fun they had, and perhaps later on in another virtual world. 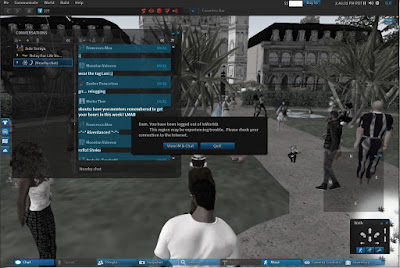 Ten minutes later, as the radio was playing, "Closing Time," the sim crashed. 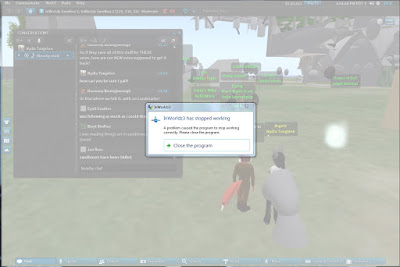 I relogged, and was moved to InWorldz Sandbox2. This would be the last place in the grid I would see. Minutes later at 2:55PM PST, my viewer quit working. When I restarted, it listed 66 people still online, but I never could get on again. And in Discord chat, the number still there was getting smaller and smaller.

InWorldz, after over nine years in operation, and a week of raised and dashed hopes and plenty of confusion, has finally been shut down.

So gather up your jackets, move it to the exits
I hope you have found a friend
Closing time, every new beginning
Comes from some other beginning's end, yeah.