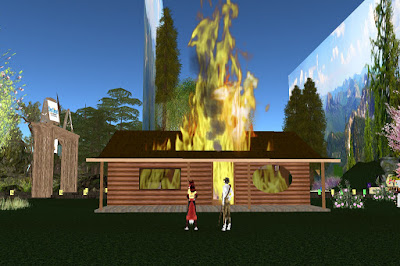 Despite the lag on Saturday, it was a good Relay Weekend on July 14 and July 15. Most of the team campsites were up for a few more days, a few being picked up early for whatever reason. After the "Raze the Relay" party, a number of teams moved fast. Rather than simply pick everything up, the Sunbeamers had their Hope Lodge go up in a blaze of glory (image credit Cynthia Farshore). 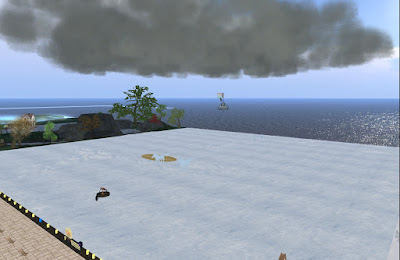 When I walked the track that night, it looked like half the campsites were gone or mostly gone. 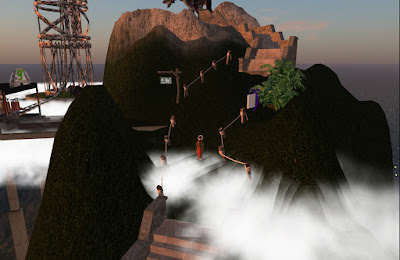 But there were still others up which I explored. Among them, Stingray's designer sim which included a twin-tower roller coaster. 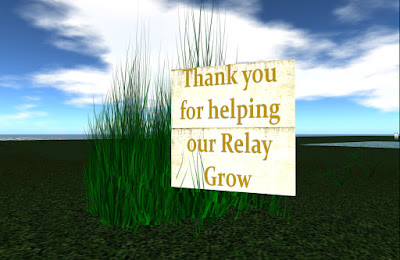 A few people left a final message on their plots. 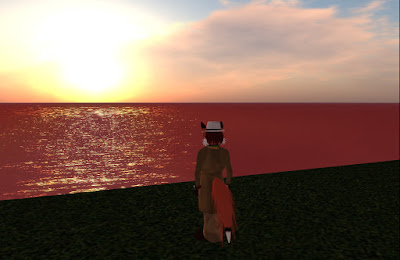 And so, with the Relay track all but down, the sun is setting on another Relay season. I have heard a handful of complaints, and at least one Relayer told me she will be taking a break next year. But all in all, it was a great season, and for my home community, it's team the Sunbeamers had their best year ever. For me personally, this means the "busy season" is winding down and after a few more articles about the Relay, I'll be able to relax a little. But only a little as the news never stops for long around here.

I'll try to have more pictures up soon. For now, one can check the Relay's Flickr page. Wildstar and Ishtarkiss took a lot of screenshots.