InWorldz Prepares For The End 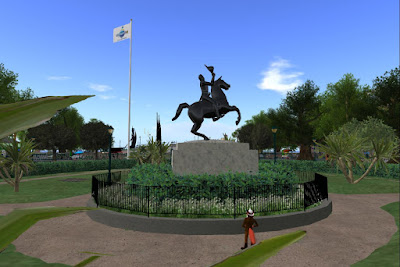 By Thursday July 27, it was becoming increasingly clear that there would be no saving of the InWorldz Grid, at least in it's current form. Instead, the plan was to for people to rezz their items at sandboxes where they would be saved and accounted for when owner Beth Reischl and her staff make a new one. Deciding to check things for myself, I headed to InWorldz Desert Island, where I first entered the place more than seven years ago. 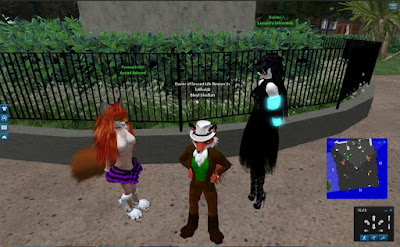 There were others around, and I chatted with a few. Some hadn't heard the news about the Grid's closing until a day or two ago, and asked me (and others) for the latest news. Others were more or less up to date, and much like me were coming on for some last looks. 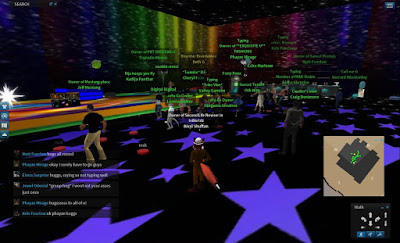 Some clubs were making the most of it, having a final bash where longtime friends could spend their last moments in the grid they knew together, or take a break between exploring around. 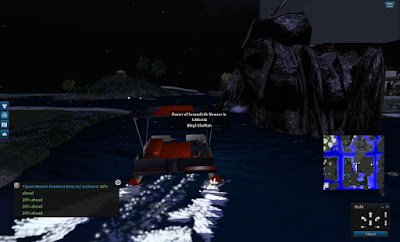 And exploring around, sometimes one could find a vehicle and drive it around. Some sims were already closed to entry, in the process of being shut down.

As  went around and listened in on a few chats, people talked about what they'd loose from various items, to of course their money as withdraws had been frozen. But one man was upset about his pet horse as despite that items could be copied, scripts could not be and so any pets were basically doomed, "My oldest horse, the one I've had since I first arrived in InWorldz, Bandette, an Infinitude, I adore that horse, he's so realistic (sad) and listen'n to him 'talk' and prance 'n paw the ground right now, breaks my heart (sad expression)."

Some of the people I ran into also had accounts on Second Life, and at least one told others they could meet her there. Others looked forward to the replacement grid, whenever that will be. Others talked about various smaller girds they'd be going to. As someone in "Free Script Library" chat put it, "Seems we are destined to scatter to the four winds." Another woman thought InWorldz's collapse would have a chilling effect on peoples' confidence to invest in smaller virtual worlds, "Question is if people will be able to trust the grid owners after the issues and stunts with IW that has happened, to be honest."

There's still a lot of uncertainly about inWorldz's shutting down, and the Gofundme that started out as an effort to save InWorldz and then was changed after most of the money was raised confused many and angered some. A number of people I've talked to on the matter feel there's something fishy about how the shutdown is going about. Others instead express confidence in InWorldz's owner and staff and look forward to the new virtual world. About the only thing that can be spoken for certainty at this point is that today, Friday July 27, the sun sets on the virtual world on InWorldz for the last time.

Addition: Someone asked me how things look for the 2018 Relay for Life in InWorldz season. Sorry to say without an InWorldz to hold it in, and no date given for the grid that we're told will take it's place, it's looking like it will be called off.
Posted by Bixyl Shuftan at 6:02 AM