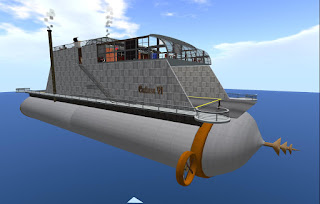 It's only about a week until the Relay for Life in Second Life has it's the Relay Weekend. But two teams, the Sunbeamers and Meli's Maniacs, are having one more event. And they're having it together.

This Sunday, June 8, head to Club Cutlass at Noon SL time for the joint party for Team Sunbeamers and Team Meli's Maniacs. Three DJs are scheduled to spin the tunes, DJ Jenneh and "The Dragon Crew" DJ Geerkil and DJ JB. Be sure to be there as the two teams have their last show before all the teams meet up at the Relay track six days later.

*DJ list subject to change
Posted by Bixyl Shuftan at 6:05 AM