In the latest in the developing story about the impending shutdown of InWorldz, the Gofundme that owner Beth Reisch set up for the virtual world is no longer accepting donations. She had  originally stated the money would be going to save the virtual world. But after most of it had been raised, she had apparently changed her goal to instead establishing a new one, and moving things from InWorldz to this new one. While some people were supportive, others were confused or angry. And comments were disabled.

Also, there was a statement in Hypergrid Business by InWorldz co-founder David Daeshler on the situation. As he had left the staff over a year ago, he wasn't sure what was going on.


For all those that have been asking me what is going on with InWorldz, I’d like to make a public statement. 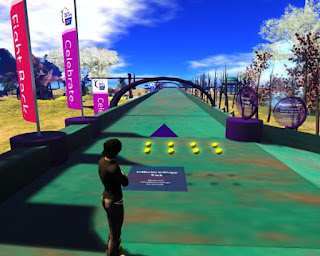 I have not been involved in the management or operation of InWorldz since the end of 2016. I have not been privy to company information regarding finances or operational factors since at least that time. I don’t know the state of the loan agreement that was executed by Beth Reischl alone. I do not know if the creditors that are owed money by Beth and InWorldz, LLC have been repaid, or if they are still seeking final resolution to what sounds like a loan default.

Further, I don’t know where the funds from the GoFundMe campaign that Beth Reischl started are going. Since the decision has now been made to start a new grid, I do not know if those funds that were collected under the name of InWorldz, LLC are now being funneled to a new business entity, or personal accounts.

I feel very badly for all residents that are at the risk of losing their home and their things. I have missed being a part of the InWorldz community and spirit for the past few years, but the business has struggled due to a constant push for the lowest possible price against competition with no business model. We have all had to make sacrifices and, in some cases, move on to make ends meet.

I hope the Beth can clarify how this new grid will operate, and how InWorldz, LLC’s creditors will be repaid given a possible move to a new business entity.

I miss you all. I miss hearing how InWorldz improved your life. I miss hearing about the new love and real-life marriages that happened because of our service. InWorldz will always hold a special place in my heart, and I’ll always remember what you all taught me…

In the meantime, the hours tick away for the virtual world, the day the servers set to expire being Friday July 27.

Update: InWorldz has provided a Schedule of OARS , "After we produce the OAR file, the items will be cleared from the region and it will be taken down. This way you'll know when the OAR file has been done. I know everyone wants more time, but we don't have any more time to give. So by producing a full OAR, we can process them over the next week to get items filtered out and moved on to their region owners."