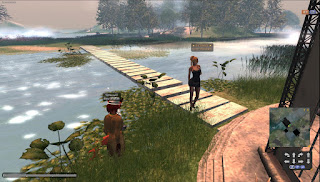 On late Thursday night, September 27, I was informed about Deepmarsh, a beautifully-designed sim that apparently was in trouble and in danger of vanishing. Given a name, Honor Woodget, I messaged her, and the following day got in contact with her. She told me she was an estate owner, "The lady that rents from me has had this place for ages. Her display name is River, but her account name is Moya McCallen. She set it up as a relaxation sim, come hang out calm down, take photos, etc. As you can see, she's done a wonderful job." 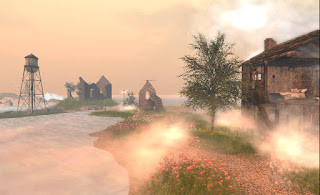 "About three weeks ago, the sim went past due. Because she'd been here a long time and it was such a well done place, I was patient instead of reclaiming it. At eight days late, I managed to catch her online. She said real-life work had kept her really busy, and she was having trouble getting online. As she was TPing to the tiles to pay rent, she crashed. (I) haven't seen her since."

"Now, she had a good friend who was listed as co-owner of the place: Bigticket Resident. He couldn't afford to pay rent on it, and offered to let me spam the group for help." She directed my attention to the donation box in the building in the middle of the sim, "At two weeks late, I put up that ugly box you see behind you (laughter) for donations." I asked how much was raised. Honor answered, "Visitors and group members paid me enough to pay the two back weeks rent, plus this past week." As we spoke, someone came into the sim, dropped a little cash into the box, and left, Honor saying, "And there's another 200L$" 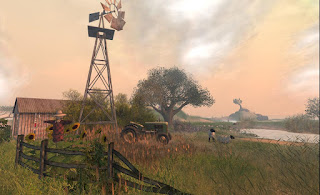 "So tier is due again today (Sept 28)," she went on, "and I'm hoping to keep it going another week. ... From 11 L to 2000L donations, every single bit goes to the rent." Honor told me most was coming from other members of the group, saying they really wanted the sim to stay, "they love it."

"I'm just hoping Moya aka River comes back soon," Honor commented, "I think she'd be amazed at how people stepped up to help." She had no idea when that might be, "Two people have email addresses and have updated her, but no reply yet." They are considering the possibility she might not be back, "Right now, the community is weighing its options. ...to confirm the rumor, last weekend I did a donation matching thing for a bit. (We) got 4k in donations in 1 hour, which I matched. I might end up doing a dance here. But the 20 avatar limit bites. But yeah a fund raising event is possible. And there may be a buyer for it who would keep it as is."

"It's a great place for photo shoots or just zoning out. I mean I decorate some, as a land lady, but this place rocks."

Those who want to check out the sim for themselves, donate, or both, can head to: http://maps.secondlife.com/secondlife/Beck/114/148/21. There's also a Flickr group for pictures.