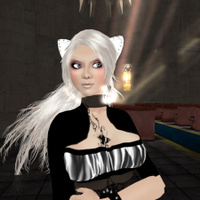 One third party viewer for Second Life that got plenty of use in the recent past was Singularity. Developed to resemble the classic Linden viewer before they changed to V-2, for a time it was the second post popular viewer with only Firestorm getting more use. It would be updated every few months until February 2015. Afterwards it would be hit with a number of problems such as one developer dying and another leaving the team. It would come up with one more update in June 2016. But there have been none since. While the viewer still works, some newer avatars don't rezz properly with it, sometimes in ways that block much of the screen.

Siana Gearz, the head of the Singularity team, recently made a page on Patreon, a membership platform site that allows content creators to receive funding from supporters, or patrons. Apparently, her financial situation has gone downhill, saying, "the project has been extremely draining in part because it left me bankrupt." So she had created the Patreon page to "gauge interest to continue Singularity Viewer ...  if people are willing to pay, it changes things. You can also pledge here if you choose to support me in new endeavours, which are likely to be 3D printing related, probably firmware development."

So far (as of the writing of this article), Siana has a total of six patrons pledging $23 a month, including five "Singularitians" whom want her to concentrate on improving the viewer. More information can be readon her Patreon page: https://www.patreon.com/sianagearz .