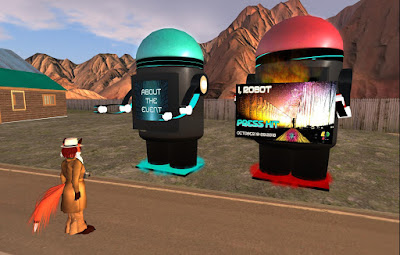 On Friday October 19, the Burn2 event started. The largest annual art and music festival in Second Life, it is based on the Burning Man festival which takes place in the summer. The event will go on until October 28, though the builds will likely be up for a little longer. This year's theme is "I, Robot." 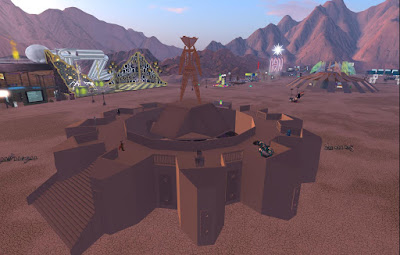 As usual, the center build is "The Man," a man-shaped structure of wood that will be burned near the end. Often a towering figure, or on a tall base, this year's Man is a smaller one on a large wide base. Elsewhere is "The Temple," which resembled a firey oven. 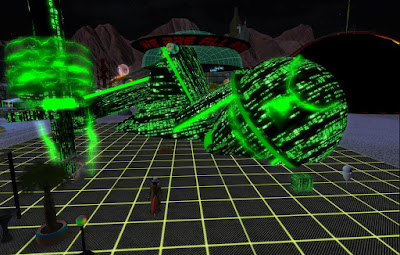 With the theme "I, Robot," artists were invited to make exhibits with robots as a theme. Some expressed hopes or fears of a world filled with intelligent robots. Others were simply amusing. 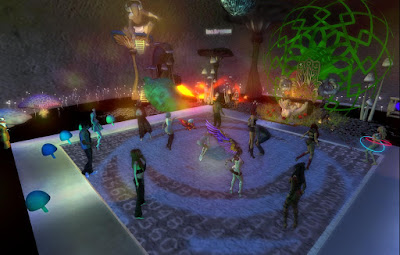 And besides the exhibits there were events by DJs in which people danced to the music. The festival will last a while, but not forever. Be sure to drop by before October 28.