On Monday October 22, Trion Worlds, a game developer and publisher, was bought by Gamigo. Trion currently is behind five games: Atlas Reactor, Trove (a Minecraft spinoff), Rift, Defiance, and Archeage. On their website, Gamigo called themselves a "leading publisher" of "various Free2Play MMORPGs and MMOGs," many of them browser-based games.

In the Rift forums, one director posted, "...We can confirm that there has been a transaction involving Trion Worlds and its games. While many of the names and faces you’ve come to know in our studios will remain on through this transition, others will not be making the journey. To those who are leaving us, we are forever grateful for your incredible work and contributions over the years. We’d like to assure our communities that the games will continue on in capable hands moving forward, as everyone involved is aiming to make this transition as smooth as possible for you. We will have more information to reveal as soon as we possibly can. ..."

What followed in the Rift forums were many sad comments, and well-wishes for those whom had been laid off. While a few expressed optimism for the future of the game, more often there were predictions the game only had a few years left in "maintenance mode" with few to no updates.

In a statement by Gamigo, the company told, "Trion was acquired via an 'Assignment for the Benefit of the Creditors' process, in which the buyer only buys those assets, with which he wishes to continue the business. In this process, gamigo group acquired the majority of the assets, including the platform, takes over employees to operate the business and gets the full publishing rights of the games. The IP’s of the Trion Worlds games have been acquired by gamigo’s sister company Padmapani GmbH and are made available for gamigo group, worldwide and exclusive."

According to an article by Gamasutra, "roughly 25 employees remain at each" of Trion's two studios. With the company having once employed 200 people, fifty are now left. Earlier, it was reported only 25 employees were left in total. A look at Archeage's forum shows that the release of an update that was almost finished has been delayed. There had been some earlier signs of trouble for the company, such as fifteen people laid off in July. With only 25% of it's staff remaining, it is unclear what the future is for updates that are far from complete, or if any more will be made for the forseable future. 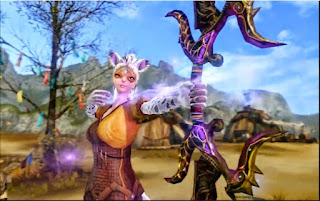 In 2011, Xymbers Slade reviewed Rift for the Newser, saying it was heavily based off World of Warcraft, but was so good he was spending a lot of time on it. Nydia Tungsten reviewed Archeage in 2014, saying the MMO had a well done storyline and a unique crafting system, but there were some frustrations such as griefing by players wanting to become pirates.