Jaycatt and Frogg at Key West 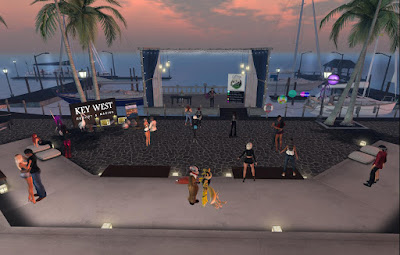 Last week, I dropped by a performance in Key West by Jaycatt and Frogg. After over a decade, the musical duo who make numerous live performances in Second Life are still going at it, Frogg on his guitar, and Jaycatt behind the piano. 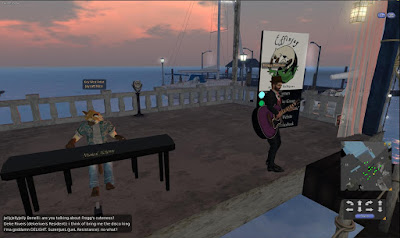 The one big change is that it looks like Frogg has put aside the old amphibian avatar he used to have. Jaycatt is still feline, though. Besides Key West, they perform at other places, such as Luskwood.
Posted by Bixyl Shuftan at 6:01 AM