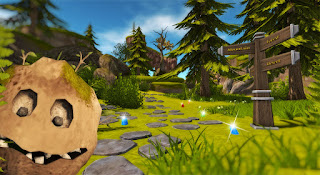 The oldest and one of the best known games at Linden Lab's Portal Park is Linden Realms. Earlier this year, it got an update: "The Wrath of Ruth." Last week, Linden Lab announced it was updated again: "The Search For Magellan."


Tyrah has discovered that many years ago, Magellan accidentally broke Ruth's magic amulet and instead of coming clean about his mistake, he hid the pieces all over Linden Realms, and then promptly left for an extended ‘vacation’. There has to be some link between this event, Ruth’s rage, and Magellan’s untimely disappearance! 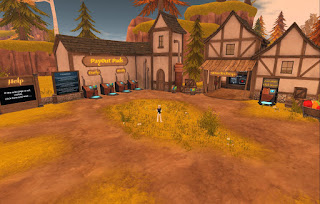 As new life springs from the once charred remains of Linden Realms, an all-new action-packed adventure awaits. Can you help find the pieces and put the amulet back together? It won’t be easy - you'll need to complete several quests and collect crystals but the rewards are worth it!

As the Linden blog update shows, the Linden Realms area has been redone. Gone is the firey and blackened look the place had in "Wrath." But rather than the simple look the place once had, there are now detailed grasses, trees, and other features, giving the region an updated look. Tyrah's Workshop, where you begin, has a new look as well. Here, you'll also see two youtubes explaining what's going on, and how to play the game. 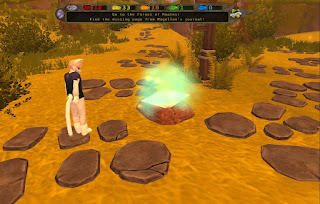 Going about, in search of clues to the amulet pieces (early on, you'll find out why Magellan vanished), you'll face some familiar dangers, such as the toxic water and falling rocks, as well as new ones, such as the animal traps and mud pits. The rock monsters don't make the same  "rumble-rumble-rumble" sound, but one that sounds like a revving motor. Getting from place to place can be frustrating as you can't cross water, and some mountain ranges will block your path. So until you know your way around, sometimes it will take a while to get to where you want to go. 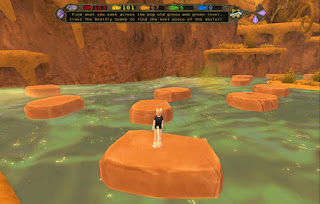 Once you have all four pieces of the amulet, you
can return to the workshop to get your reward. The rules say "You must have a payment method on record with Linden Lab, and you must have used it at least once," aka buying or selling Lindens, before you can collect. So if this is so, not everyone will be able to collect rewards or use their alts to avoid interruptions while paying.

Addition: After getting all four pieces of the amulet and taking them to the workshop, it turns out my alt *can* get Lindens from the game. So what will Ruth do now that her inventory works again? You'll have to play the game and see for yourself (grin).
Posted by Bixyl Shuftan at 6:02 AM