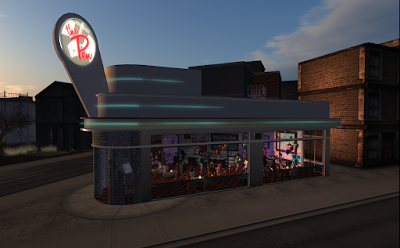 Saturday February 22 was the rezzday of Bay City's most noted resident: Marianne McCann. To celebrate, a party was held at The Pen in the Mashpea sim 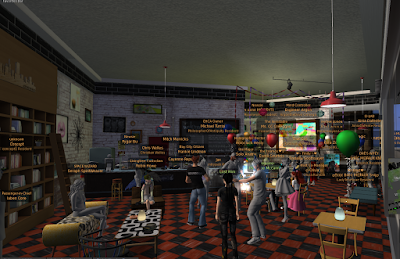 The little venue was packed, with about 43 people at one point. People came by to wish the noted child avatar well. Though one seeing her SL age remarked , "Dang, Mari is too old for a spanking now." Marianne responded she was the "Oldest 8 1/2 year old" on the Grid. She would comment getting to Second Life, "The three people who first got me into SL, unbenowst to me, were 1. a child avatar, 2. a child avatar. 3. a cub." 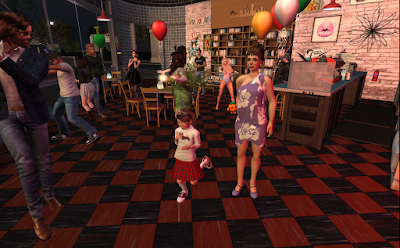 There was also a bit of discussion, "Someone asked my opinion on some SL issue some months back, like I had some inside info and I said, 'don't ask me, ask Marianne!'" Marianne answered, "I don't always have any sekrit info to share, but I do tend to keep my ear to the rail." A third person commented, "Mari remembers everything! That's her real sekrit."

"That's my secret, Cap. I keep coming back to SL because everyone is doing something really cool all the time."