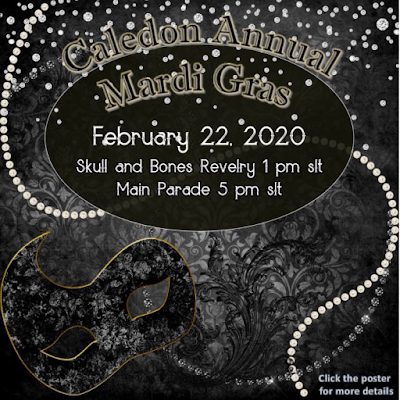 We'll start at 5pm slt on February 22nd, setting off from the parade staging area near the western coastline of Kittywickshire (look for the Des balloons and festive pennants!). We'll then head east through northern Caledon until we reach the eastern side of Pensans, then south to the Guv'nah's Mansion in Victoria City, then west to Caledon Prime and north into Port Caledon. 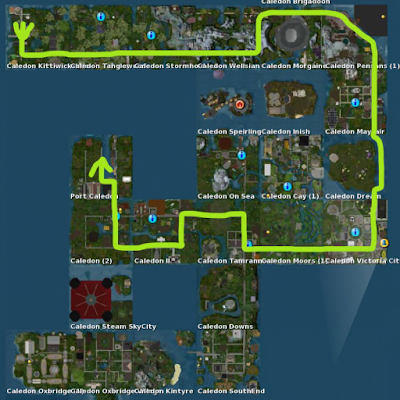