Update on the Sansar Layoffs


Yesterday, the Newser reported on a number of layoffs in the Sansar team that included Kona Linden whom had been with Linden Lab for close to 16 years. While CEO Ebbe Altberg made a short statement in Sansar's Discord channel, there wasn't anything else from the Lab at the time. Yesterday afternoon, the Lab posted the following on the official blog.

There’ve been quite a few rumors about changes at the Lab and their possible effects on Second Life and Tilia. The truth is that we have made a few operational and personnel changes to ensure that we continue to stay strong for the next decade and beyond. This means that we had to say goodbye to a few employees, but at the same time we also strengthened our team by bringing back some heavy hitters who will help make Second Life better than ever.

So, Second Life is still here and still strong. We’re continuing to invest in its future and you’ll see the results of our commitment this year as we roll out a new mobile companion app, new Linden Home themes, performance and usability improvements, and a number of other new features and enhancements. The ability to change names will be available in the next few weeks, too.

These changes reflect our commitment to making SL strong for many years to come. To infinity and beyond!


There would be more. In the forum thread "Linden Lab CEO Confirms New Round of Layoff," Soft Linden would speak in response to "hopefully this means they'll have more time, money and effort to spend on SL" 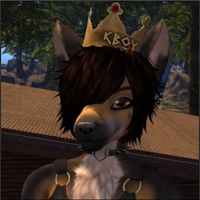 100% what this was about! Second Life has THREE rock star graphics devs now, an engineer with a proven track record for asset optimization to make texture delivery and management fast and reliable, and so much more. The various teams will have more to say in coming months, or just watch the viewer and server release notes. Right now, some of them are literally re-learning to get dressed. They missed the era between Bento bodies and Bakes on Mesh. :)

It was a painful adjustment. But a lot of the old timers and hardcore off-hours SL users here believe these changes are important. It's part of the strategy for breathing many extra years of life into our favorite world.

There was some speculation of who were these "three rock star graphics devs" were. But so far, no confirmations. In any event, it seems much of the effort that was going to Sansar will be now focused into improving Second Life, at least for now.