Reader Submitted: "Why I Relay" 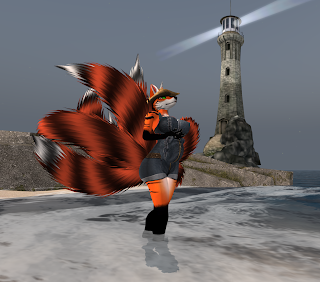 Over ten years, until about 2006, in my local Relay For Life with team HOPE (Law offices of Brad Brashaw)

I Relay for the memories:

I have many wonderful memories of being at Relay For Life here in Springfield, Missouri. I was so very young the first time I went, and back then it was a 24 hr event for our local Relay. I remember always wanting to run around and play with the other kids, and having made many friends that lasted from days to years. I met many good people there over the years. As I got older, I joined the team officially each year and went door to door helping to raise funds. I may not have ever raised a ton or set records, but I knew that it still helped, and it made my Grandmother smile. I remember the Thanksgiving and Halloween parties her support group and team hosted, and all the jokes and smiles and fun. Those memories stand out to me, despite most of them being sick, I remember their smiles.

I Relay for loved ones and family:

My grandmother had colon cancer when I was just a baby. Then again about 20 years later when I was in college. However, I can say she at least died cancer free, even if it left its many scars upon her, leaving her sick and weak for what time she had left after that. Just recently, my Aunt has been fighting breast cancer, thankfully it was caught early and she is expected to be fine. Sadly though, my fiance's aunt was only just found to have stage 3 cancer, with an inoperable mass behind one of her lungs. Even my Grandfather had a mild form of skin cancer that was treated quickly years ago. Lots of my other more distant relatives have survived or died from various types of cancer as well, and the list is just to long...

I Relay for my friends:

When I was in 7th grade, my Dad's friend Ron died from Lymphoma, and it left us all in shock. He had found out a little before Christmas I believe, just that year prior, and didn’t even make it to the next. School had only just started for me that year when we attended the funeral. I have met many friends in my mere 33 years who had cancer, or are still fighting cancer, or have had family members that fought with cancer...Sadly there are many that are no longer with us.

Over the years I watched as less and less of my Grandmothers support group came to Relay, and more and more luminaries took their place instead. I saw similar with other teams as well there as well.

Yes, I have known many that were affected by cancer. Family, friends, coworkers, classmates. It was, and still is, everywhere.

I Relay for hope:

My Grandmother always had hope, in the end she was a two time colon cancer survivor, who fought until the very end. I can say that her hope was pure and not wasted, as the cancer was not what took her. She may have died from pneumonia in the end, but she died in peace, and free from the suffering of years of chemo and radiation and surgeries. She was finally at peace and she was content. She told me so. She was ready to see her family and friends again. Her faith gave her hope. Her words gave me hope. My faith gives me hope. Relay gives many Hope.

I Relay for a cure:

My Grandmother, Wauthena, always had a dream that the last dollar she would raise would be the last one needed, the one that would finally cure cancer. I know there are many that share that dream with her. I see it that dream in those at RFL, I see it those that don’t give up and fight till the they cant fight anymore, and I see it those family and friends that fight right along side of them, praying day in and out for a miracle. I too look forward to the day when I can go out and walk through a cancer free world, and that is why I Relay.

Matt Carlton (MattDCarlton Resident)
Posted by Bixyl Shuftan at 6:02 AM