For store owners wanting to get in on the "Shop and Hop" event for the Second Life Anniversary celebration, now's their chance. A few days ago, Linden Lab announced applications for merchants wanting to take part in the SL19B Shop and Hop were now open. 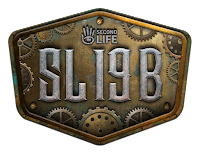 The SL19B Shop & Hop event is the official multi-region shopping event of the 19th annual Second Life birthday celebration. This event brings together many of the top merchants across SL for exclusive items and discounts on some of the best creations in Second Life.

Shopkeepers wanting to take part will need to fill out this form on Google Docs. The set-up period for the stores is June 3-8, and the blog announcement stated that all goods need to be at least 20% off regular price, must be "appropriate for a moderate audience" (no sex and adult nudity), and there has to be "a new and exclusive" gift available to everone throughout the event. The application would also state there should be no items referencing politics or political figures, and the Shop and Hop could not be used to advertise items at other events. It was also stated applying doesn't mean being guaranteed a spot.

All applications need to be filled out by May 8, "We will be filling in stores as we receive applications so please apply sooner rather than later."

There was also a reminder that applications for performers, exhibitors, and volunteers would also close down on May 8. Applications to apply for tryouts for the Music Fest have already closed.

The Second Life Nineteenth Birthday celebrations take place from Thursday June 16 to Tuesday July 5. The theme this year is Steampunk.