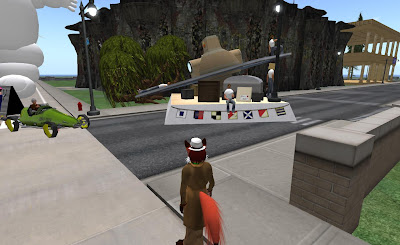 It's been a busy weekend, with time spent writing about the latest Linden fiasco and last weekend's Relay event, there was just enough time to cover the Steelhead St Helens Party, the Bay City Parade and a little bit of the "Halfway There Fair." If you're in a hurry to read up on Bay City, Daniel Voyager wrote about it. But right now for this pooped Fox Reporter, it's time for rest. More on these events later this week, plus an interview with Pooky Amsterdam.