It's been about a week since the last of the Third-Party Linden Exchangers were closed. AnsheX, owned by SL tycoon Anshe Chung, quietly ceased trading. Podex, owned and operated by Jacek Shuftan, was shut down when Jacek's account was suspended by Linden Lab. On the same day, the Lab announced it's new terms for "Authorized Linden Resellers." Of the many exchangers that had once been operating, only five had been approved for the new plan. Among them was AnsheX. 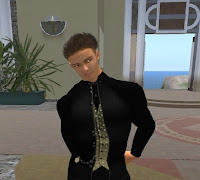 A couple days ago, Jacek's suspension was finally lifted. He however had not gotten a response from Linden Lab concerning his application to continue trading Lindens. And now about a week after Linden Lab's last announcement, the list of five allowed resellers remains at five.

It's unclear why no additional new Linden Resellers have been authorized.