Jo Yardley, the lady known for her work on the 1920s Berlin Project, had a few things to say about something on the more futuristic scale of things: Oculus Rift. 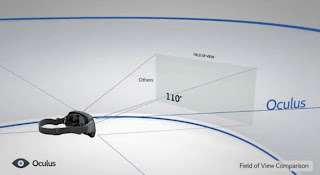 Jo states Oculus "truly is a game changer," "I can already imagine myself walking around those dark narrow streets, looking up, down, around me. Finally being able to see my city trough my eyes in stead of the eyes of my avatar. … It could give SL an enormous boost, put it back in the view of those who might have forgotten about it, and it could show off a whole new side of the OC."

Chatting with Rod Humble, Jo quoted him as saying, "Hopefully we will be sharing some vids within a few weeks then get into testing after that. I don't want to overhype this BUT SL+OR is like having dinner with Stefan Zweig and Peter Altenberg."

Hamlet Au called integration an "enormous gamble" that he earlier doubted the Lab would undertake. And in one article Jo Yardley linked to, the writer felt OpenSim would get it first. But it looks like Rod Humble, noted for his experience in gaming, will be having Linden Lab work on it.