On Tuesday, Linden Lab announced in their blog they were updating their Terms of Service. Normally, it's just some small details. But the latest change could mean the biggest change to Second Life's economy since the gambling ban years ago.

To get Linden dollars, one could always get them from Linden Lab, the process done through it's Linden Exchange or LindeX. But they are far from the only means for residents to get Lindens. Other exchange services, or Third-Party exchange services, have sprung up over time, offering residents easier and quicker means to get virtual cash.

In the old Terms of Service, Section 5.3 read as the following: 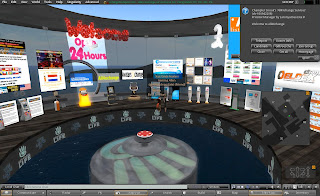 There were numerous comments from the articles on New World Notes and Vaki Zenova's Blog, in addition to the SL Universe Forum and the official forums. The response was virtually 100% negative, with many residents expressing anger. Some were confused at first wondering if the Lab was just not accepting further responsibility for Third-Party Exchanges, then word began going around that they would be clearly not allowed. There were two issues of complaint. One was that LindeX didn't give you your Lindens instantly, but could take a week or more to pay up. But the bigger issue was the ability to get Lindens at all. A number of residents outside the United States complained using the LindeX was difficult or just couldn't be done. The end of Third Party Exchangers would mean the end of their buying Lindens. For those with no job on the Grid, no more shopping beyond freebies, and no more paying tier or rent for land.

The reaction by the Third-Party Exchange Services varied. Many of them have shut down trading in Second Life. VirWoX, popular among Europeans, stated the following:

Linden Lab has recently changed their Terms of Service. Under the new rules, we will no longer be able to offer our service to Second Life residents. Linden Lab insists that our in-world terminals (ATMs) have to be removed. This means that we can currently not accept Linden Dollars from Second Life or pay Linden Dollars to Second Life. Other virtual currencies are not affected. We will post updates here as the situation develops. Please refrain from sending us support messages about this issue, at the moment we will not be able to give you more information.

Other Exchanges are still operating. This includes the Podex Exchange, Jacek Shuftan told Hypergrid Business, he intended to continue trading for the thirty days until the new Terms of Service go in effect, "We find it not fair to stop our activity in one day without prior notice to our customers. … Podex Exchange has built trust and reputation for many years, and we are not going to destroy it in one day." 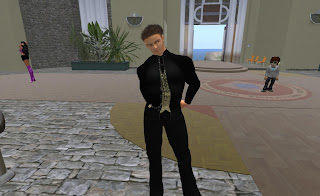 I met up with Jacek, who had more to say on the matter, "Really strange move of LL. … I really do not understand (their) motives. We are all waiting for (the) official statement as (the) ToS does not forbid Ls exchange, but (the) post on (the) blog does." He stated As first the blog post didn't ban them, but it was soon edited so it stated there was a ban.

Jacek felt Linden Lab would lose a *lot* of income over their move, "my clients, mainly from Europe, tell me if they cannot buy from me or other exchanges, they will not be able to buy at all. They use prepaid cards, or just send money to bank accounts, or by SMS." Jacek felt if profit was the main motive of the Lab, they could still have allowed alternative payment methods that weren't competitive with Lindex. He was wondering if another reason, if not the main one, was pressure by the US Department of the Treasury with their issuing of "guidelines" about virtual currency, "We just do not know, and we are all waiting for an explanation, and a way to find a sensible solution."

The following day, Gemma Cleanslate reported that a Podex ATM at a multi-exchange hub wasn't working.  The ones in the Podex main office at Coda worked normally.

More to come on what is clearly a major change to the Second Life economy.