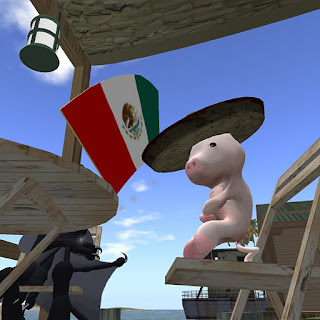 Sunday was the 5th of May, or Cinco de Mayo in Mexico and the United States. The event celebrates a victory by the Mexicans in their war against occupation by the French Empire. Oddly enough, the holiday is more popular among Mexican-Americans in the US than most of Mexico. For "gringos," the event is more of an excuse to party. 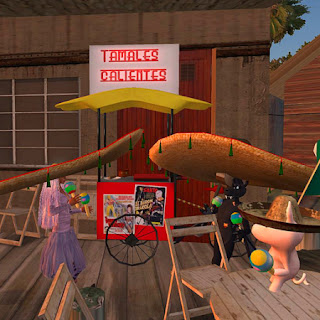 Besides bars in real life having parties for the holiday, some places in Second Life had them too. DrFran Babcock, Ariel Loonie, and this tiny porcine had a little Cinco De Mayo fun of their own.

Pictures from DrFran Does SL.
Posted by Bixyl Shuftan at 6:01 AM