New Year's Eve was celebrated in many places across Second Life, probably in dozens, maybe hundreds of places. Yours truly could cover only a few locations in which the residents bade farewell to 2013, and rang in 2014. 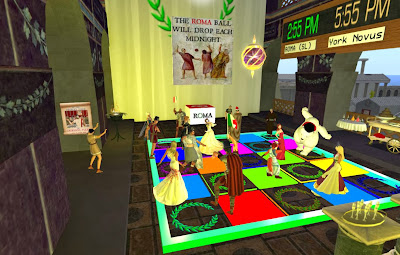 At Roma, people gathered at two times. In the afternoon when European time zones were reaching Midnight, and just before the American ones were. 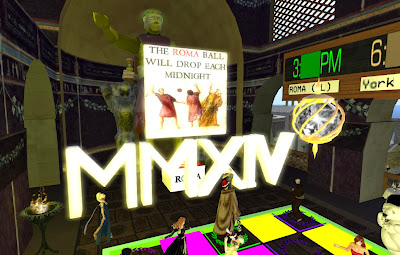 I happened to be there when the real life city of Rome reached Midnight. At one minute to the hour, a ball dropped, and hitting the base, the Roman numerals for 2014 (MMXIV) lit up. 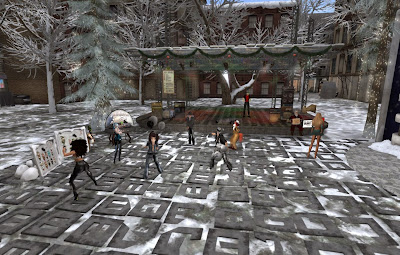 At DaVinci Isle, there was a party at Madpea's Christmas Park. 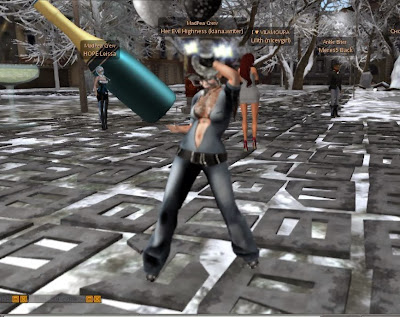 Madpea leader (also known as Her Evil Highness) Kiana Writer was among the partiers there. 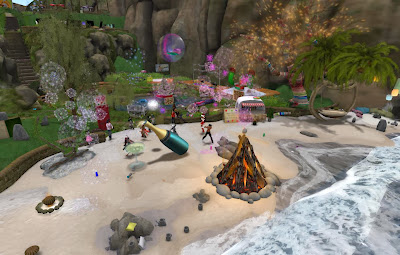 Later, the "Peas" headed to the Commune Utopia in the Orga sim. 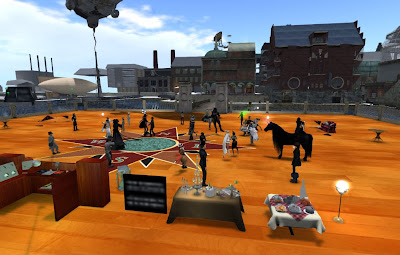 New Babbage also had a celebration, with a few "urchins" such as Loki Elliot present, as well as Avariel Falcon, the Relay for Life's dark unicorn. 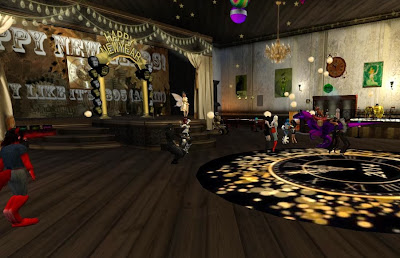 Steelhead held it's party at the "Green Fairy" club, with Willow Leafstorn DJing. 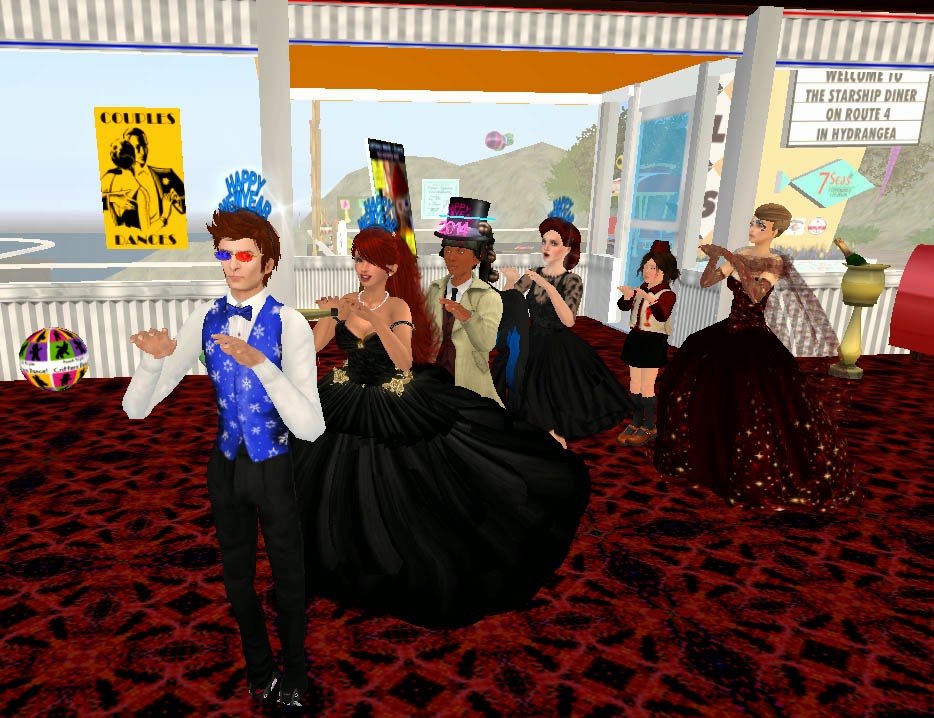 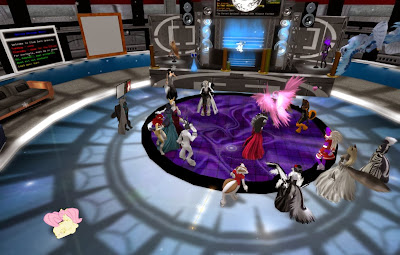 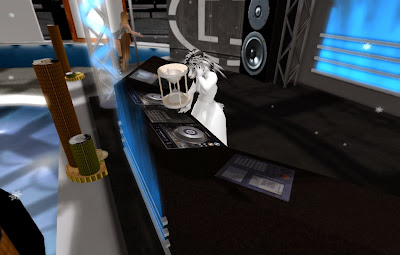 DJ Cynthia Farshore provided the tunes for the event, beginning and ending the dance with "Aud Laung Saung." Others at the party included owner Nydia Tungsten, and "Rezzdammit." 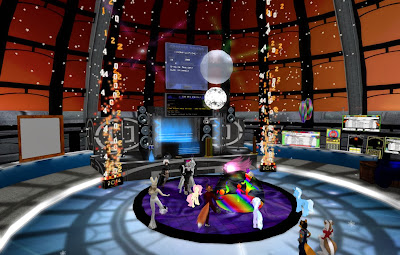 Someone in the Relay for Life group, Msw Tomorrow, passed out some fireworks, and other special effects. 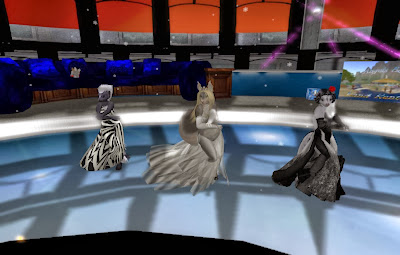 Two kinds of avatar were prominent at the party. Deer avatars, a result from the "Happy Nude Deer" pun, and for some reason skunk avatars. Perhaps because they were black and white formal.

The party lasted until Midnight SL time, at which time the remaining, tired, partiers, finally retired for the night. The 2000L prize was shared by Dusk Griswold and Jasmine Dawn Shuftan.

Posted by Bixyl Shuftan at 5:30 AM