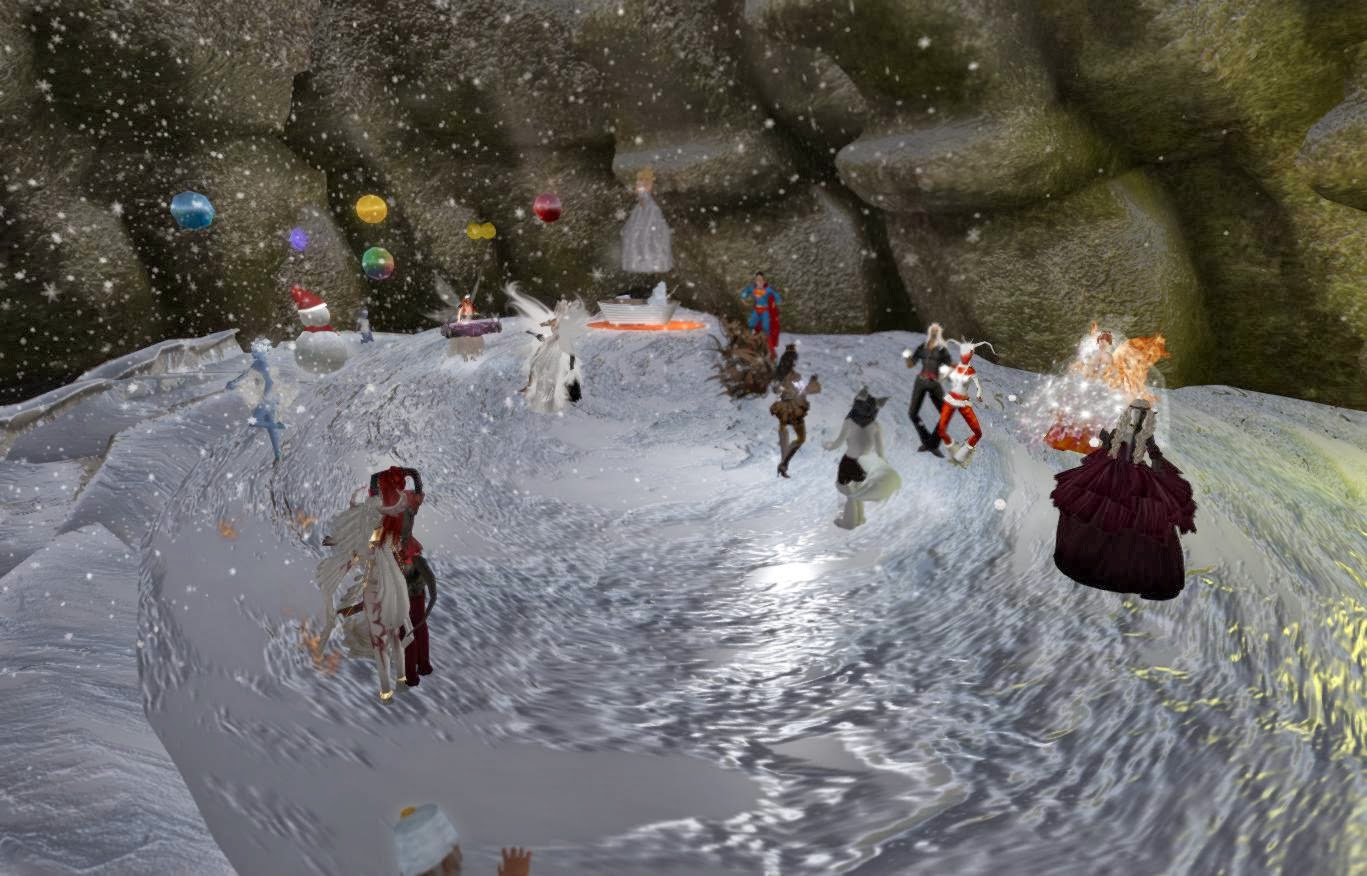 On the night of January 17 high over Port Harbor, the Steelhead community threw a snowball, or rather their "Snowball's chance in Hell" party. 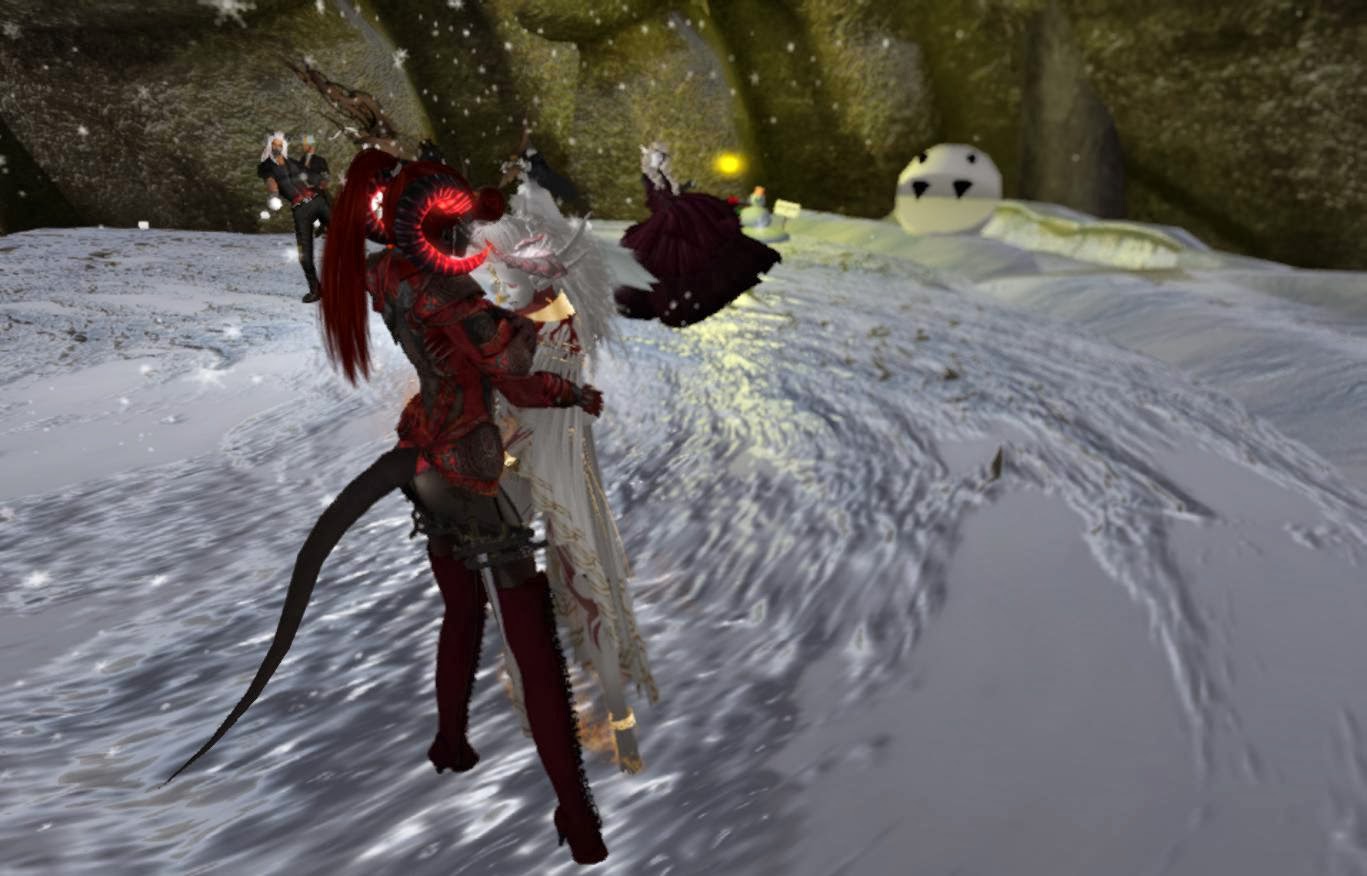 It was a night of fire and ice with some detailed and imaginative costumes. 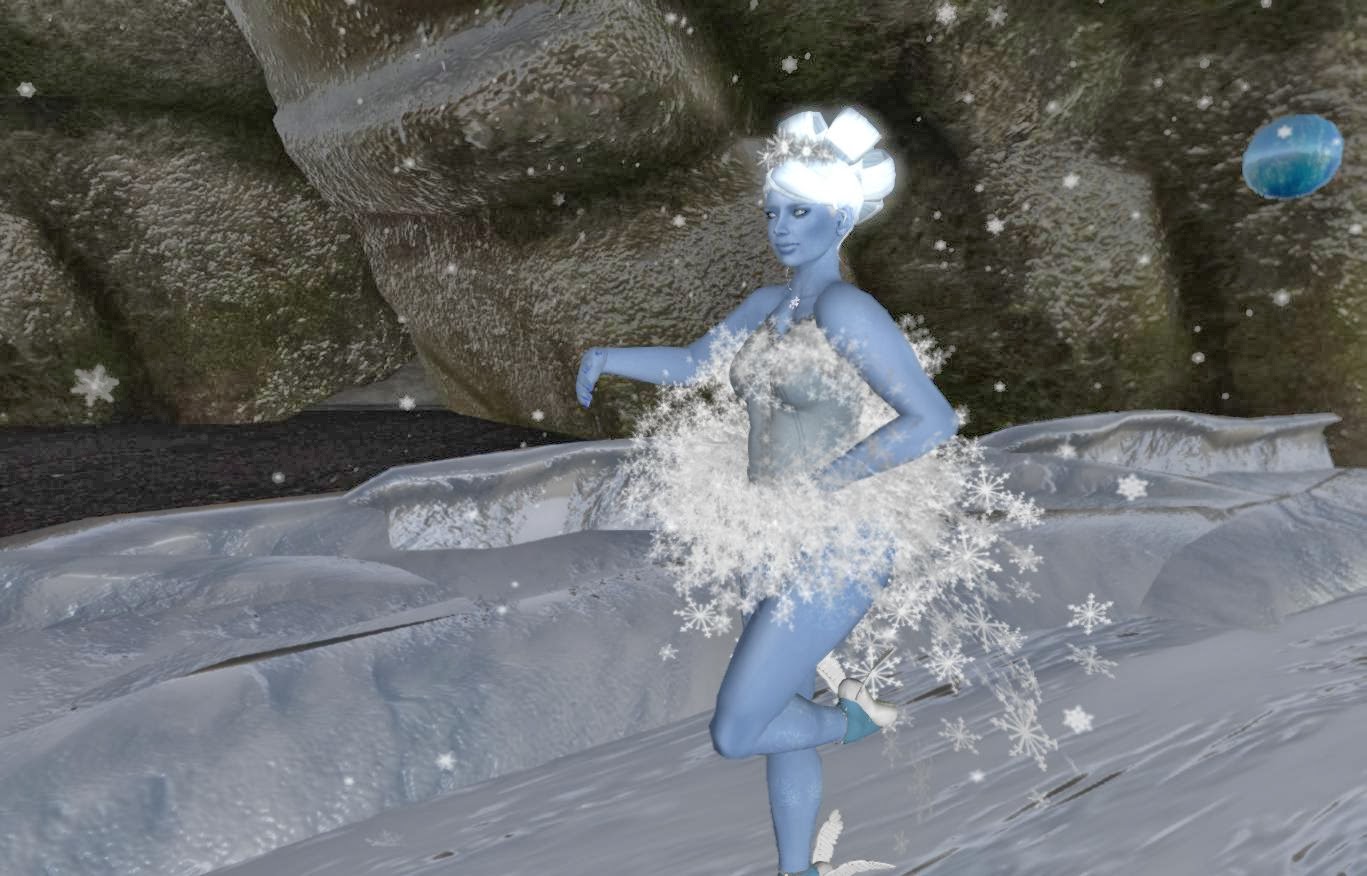 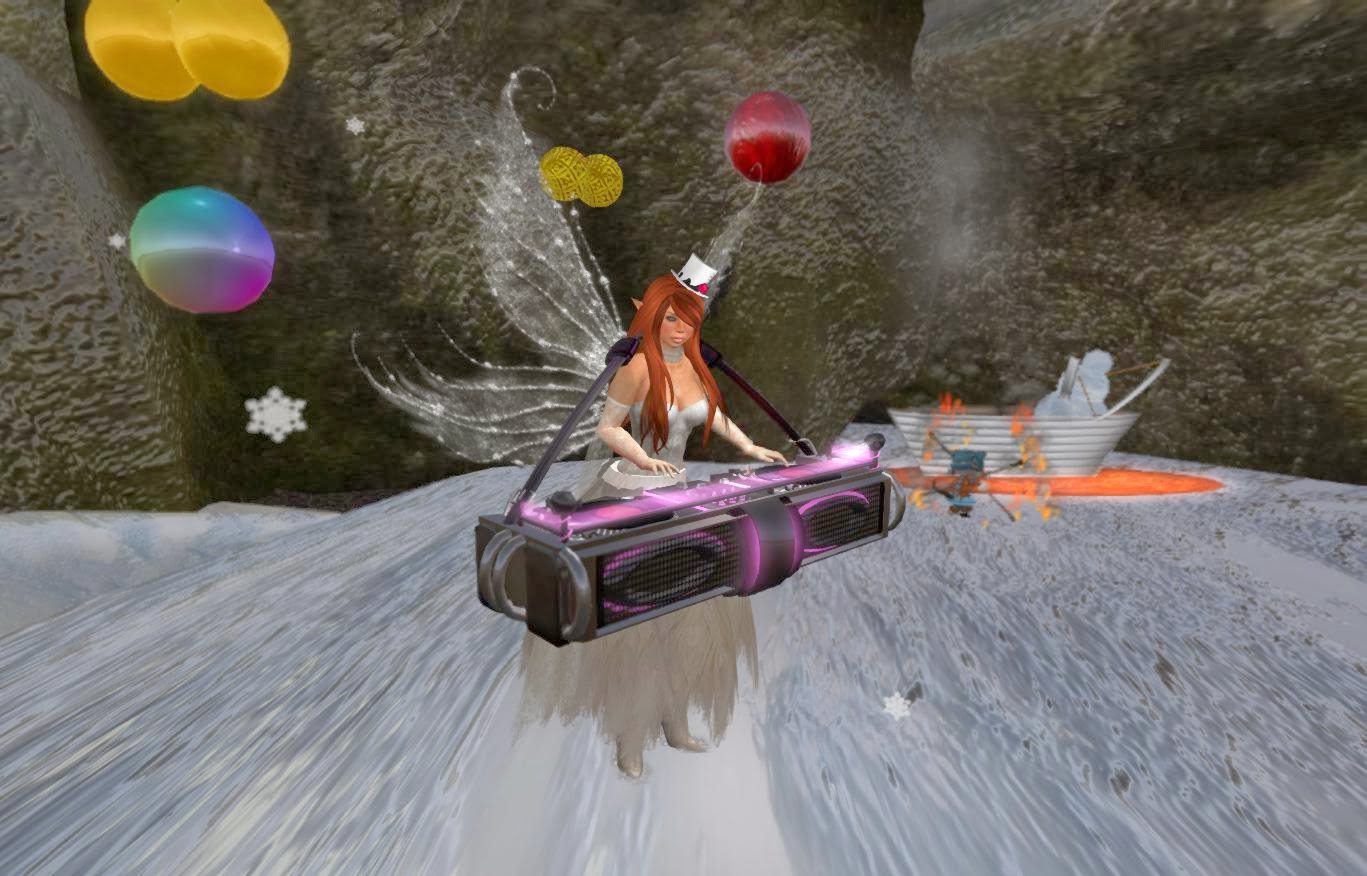 The music was provided by Willow Leafstorm for the event. 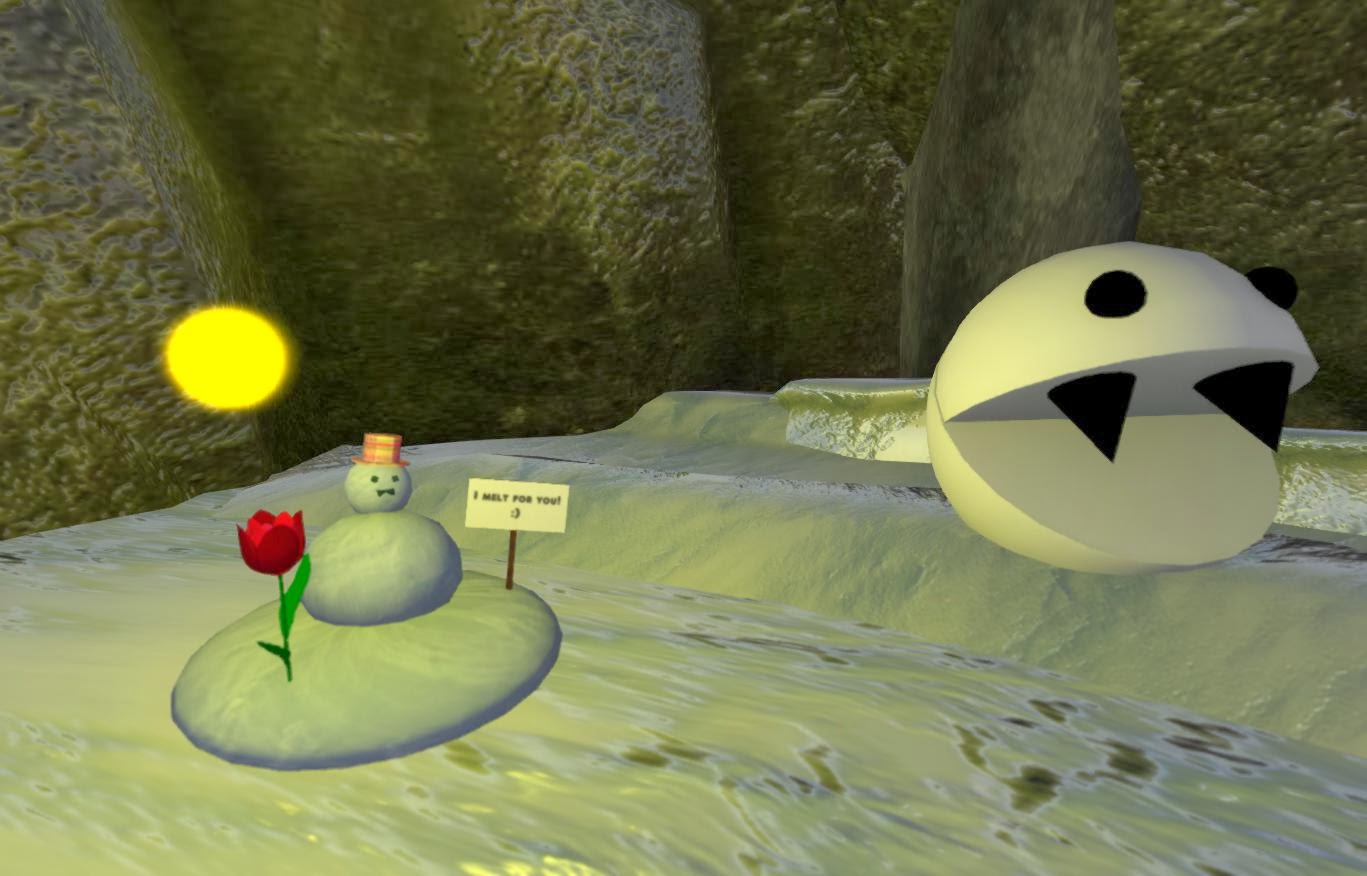 The event was mixed with a building contest. Who could build the best snowman in theme with the event?
The first entry was from Blue Lacroix, a melting snowman under a sun, with a rose and a smile, with a sign, "I melt for you." 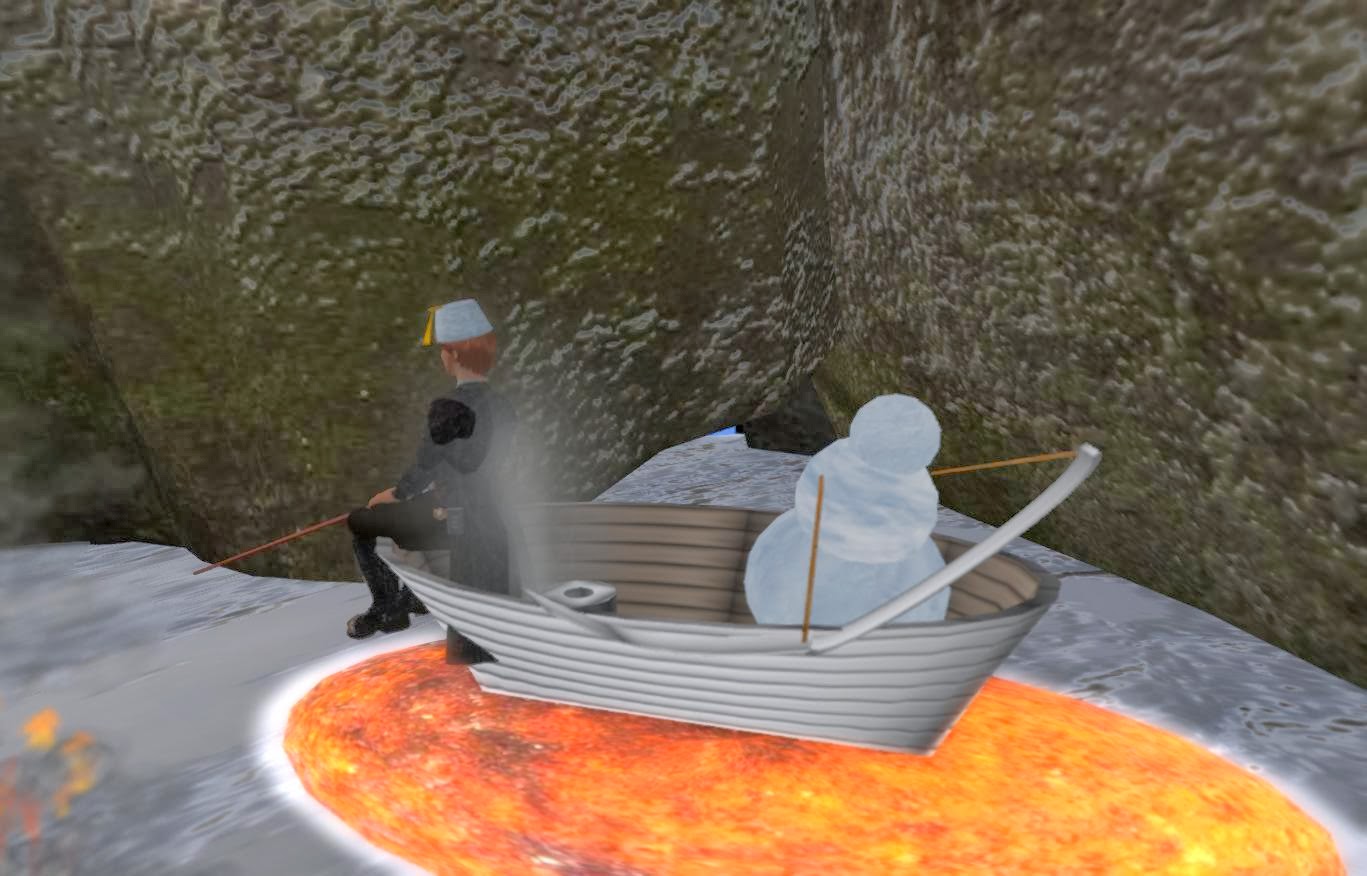 The second entry from Dhughan Froobe was a snowman in a rowboat over flowing lava. He's struggling to keep his boat afloat, the title being "Oh Hell, need moar duct tape."

It's unclear who won, but like other Friday Night bashes, the Steelheaders had lots of zany fun.