Virtual Gettysburg Gets a New Home 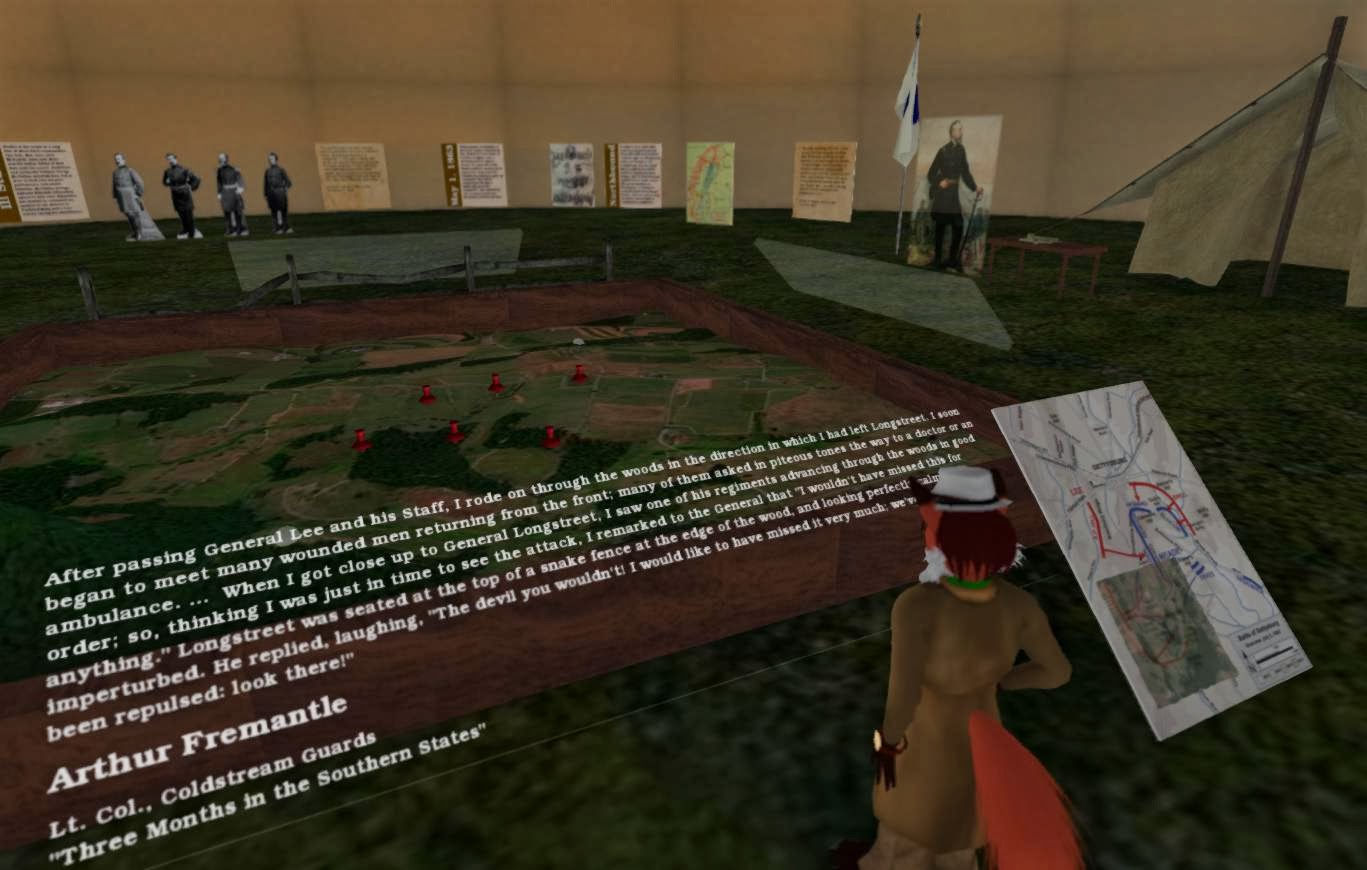 Last month in December 2013, the Newser reported on the Virtual Gettysburg exhibit, which at the time was a temporary setup in the Sunset Isle sim. For those who enjoyed the display, there's some good news. The battlefield now has a new home in Redemptions.

"I'm happy to announce that we've moved to a new sim, which will hopefully be a permanent home," Trodden Mills explained to me, "we have more prims now so we will have a chance to expand -- I've got someone working on a walking tour that should be very impressive. ... Something with more information than the balloon tour."

Trodden also explained they will be fixing a few bugs the display had, such as some "holes" in the terrain, "At least we can guarantee no one will fall ..." *grin*