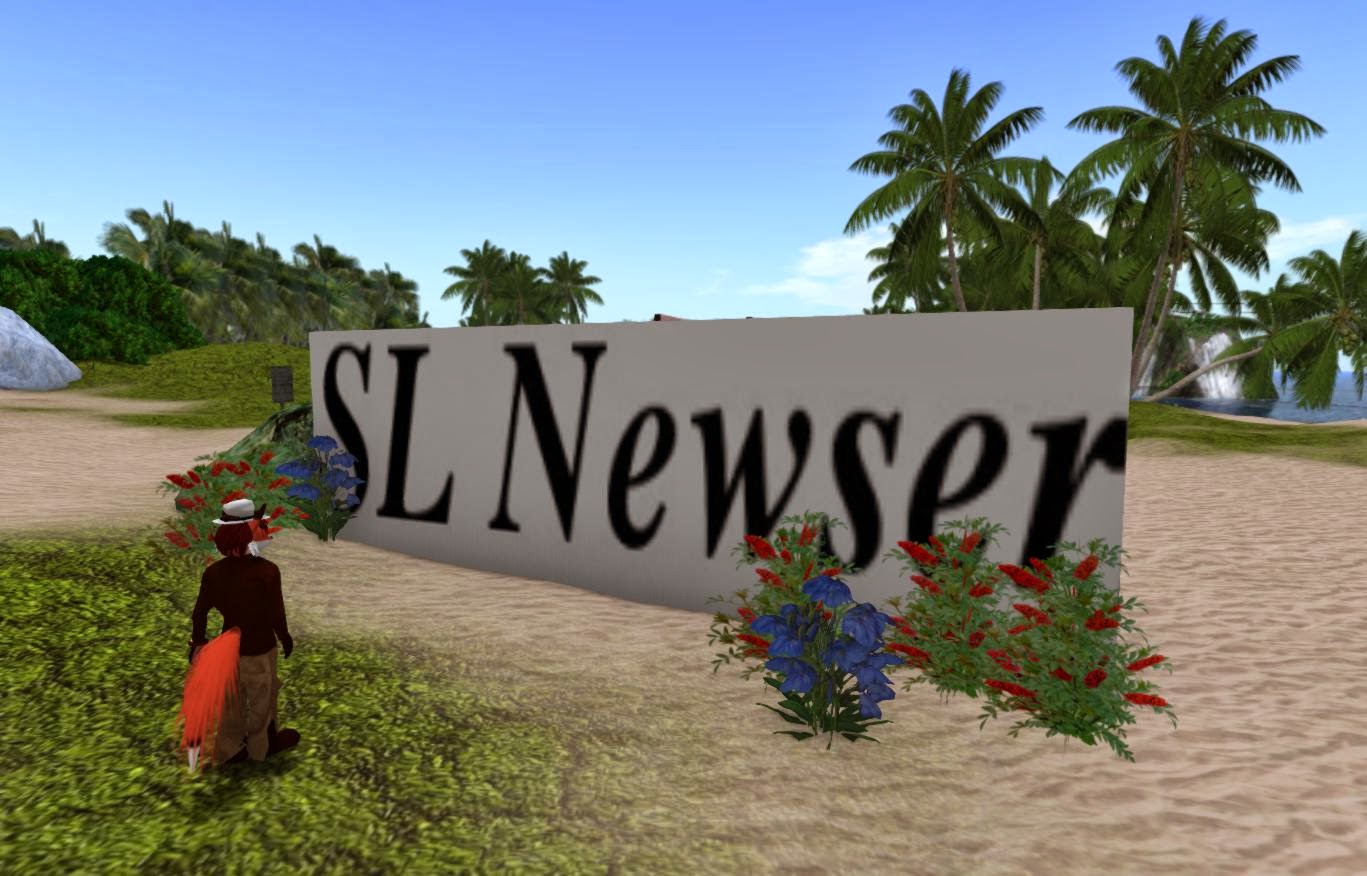 On Sunday January 20, the reporters of Second Life Newser and some of their friends met at Cova's Cove for a beach party. The place was a private beach island, owned by our friend Convadonga Writer, whom some of us worked alongside with at JamesT Juno's old SLN. She plans to join us when real life matters permit. But in the meantime, she loves having us over at her place for parties. 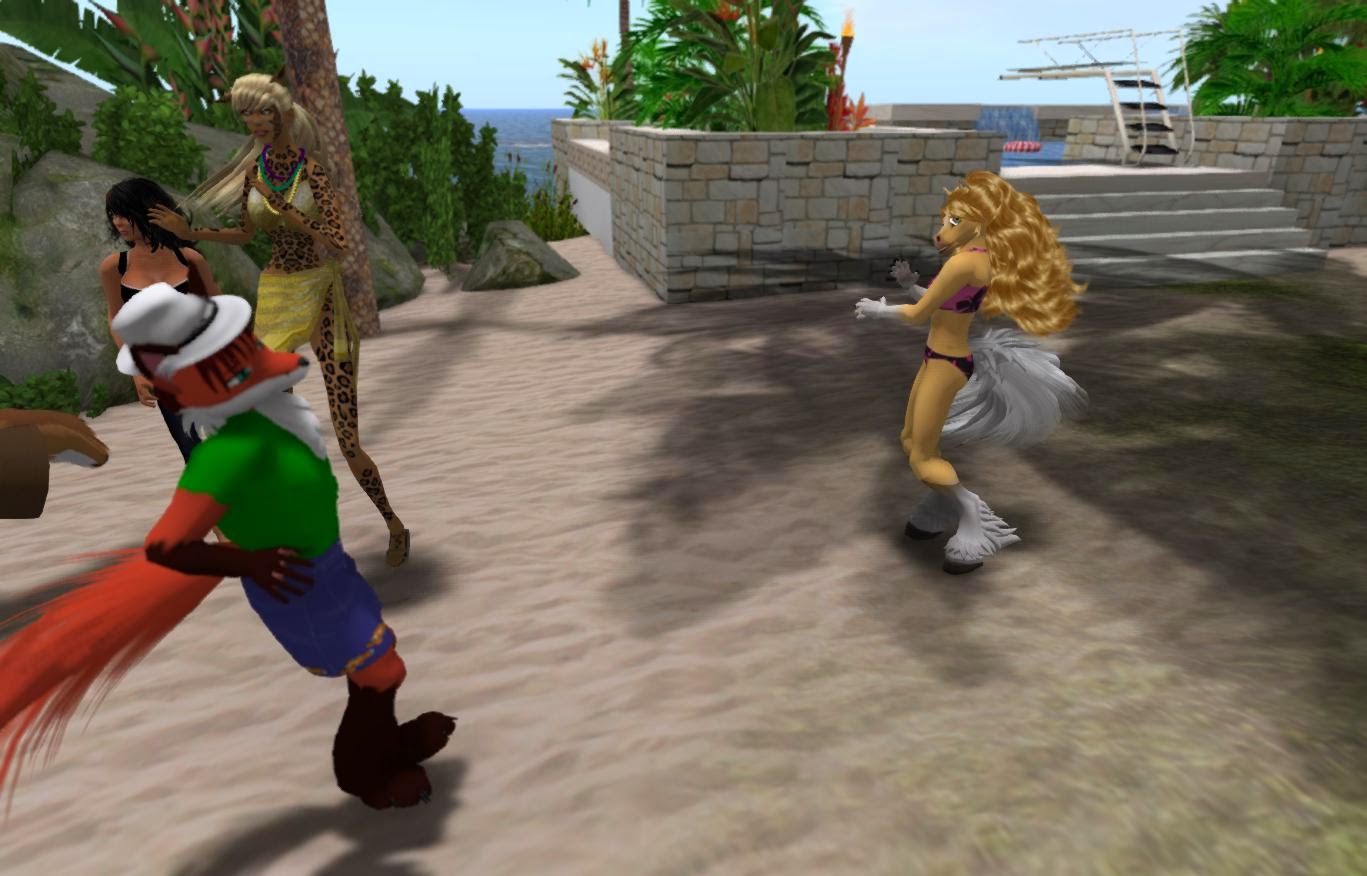 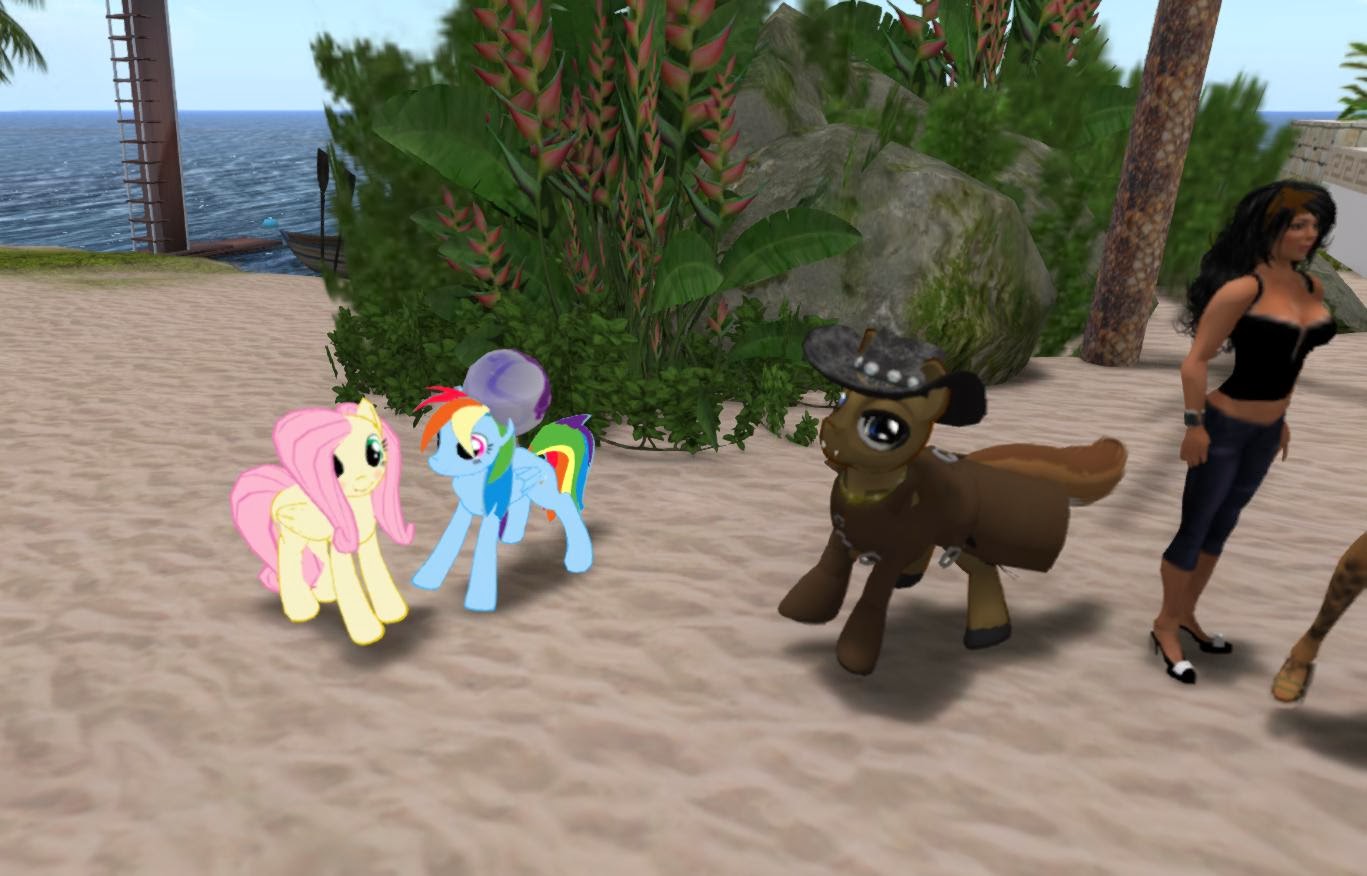 Skylark Lefavre appears with Kiwi and Recoyote Mindes, doing a little "horsing around" with pony avatars. 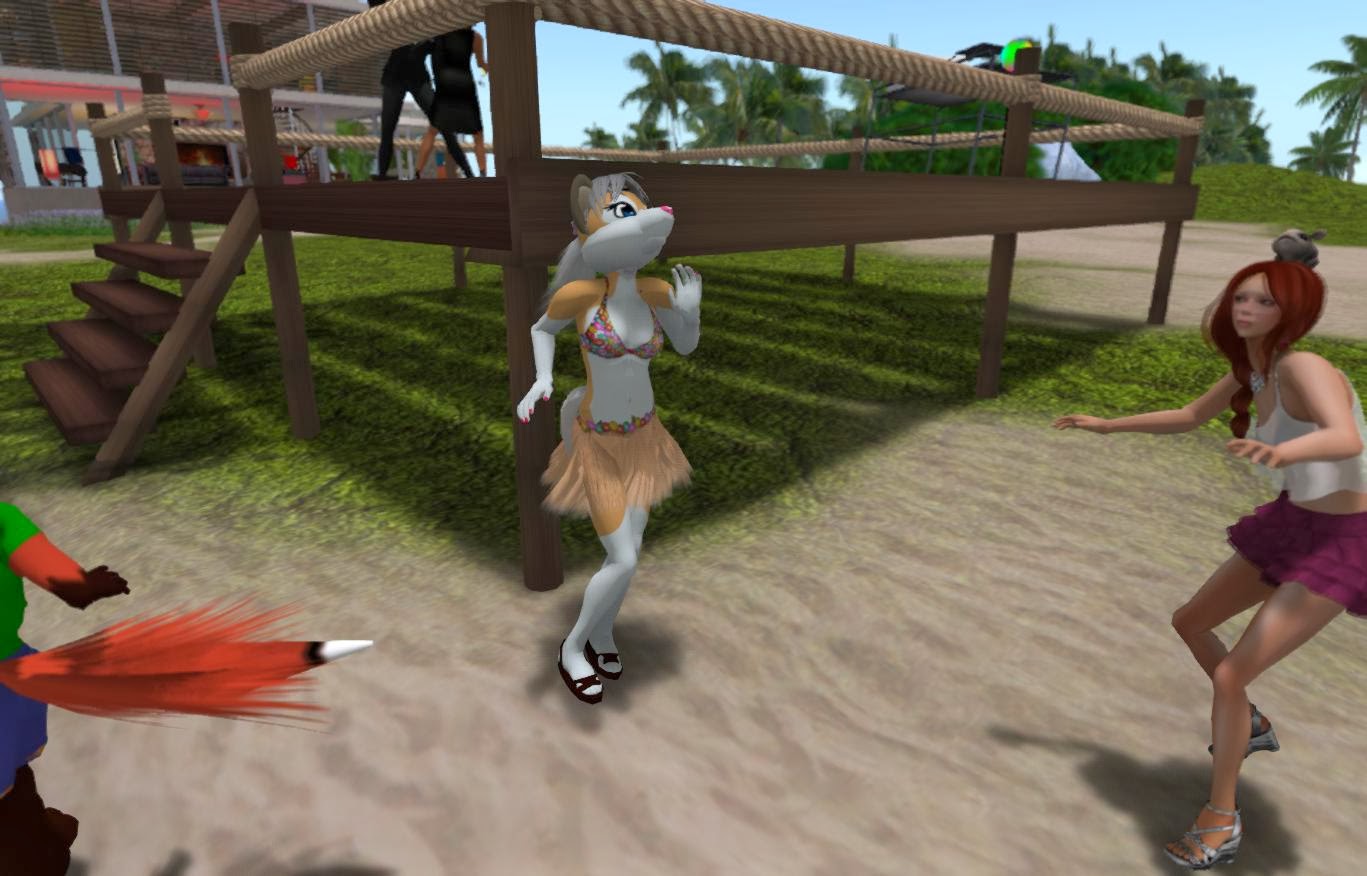 Grey Lupindo shows off her grass skirt, which got complements from fellow writers Gemma Cleanslate, DrFran Babcock, and Joshua Xavier. 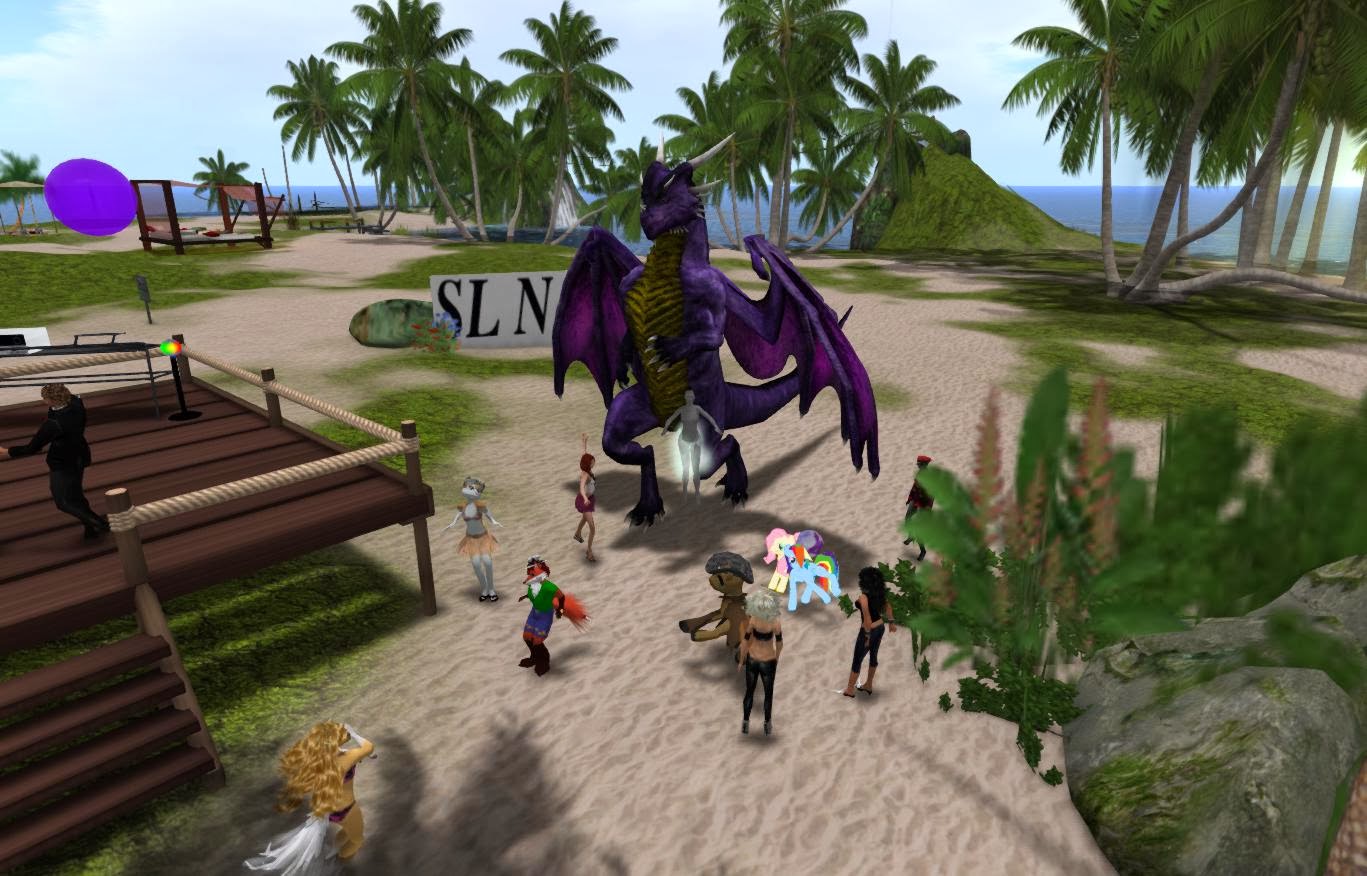 At one point, Joshua changed to a dragon avatar Xymbers Slade had written about earlier. Xymbers himself wasn't able to make the party in-avatar, but it could be argued because of the dragon, he still had a presence around. The results were jokes along the lines of, "hey, I came to have a picnic lunch, not end up a pincic lunch!"

A fun time was had by all
Posted by Bixyl Shuftan at 6:01 AM