Meanwhile, Back in Azeroth: Hellscream's End 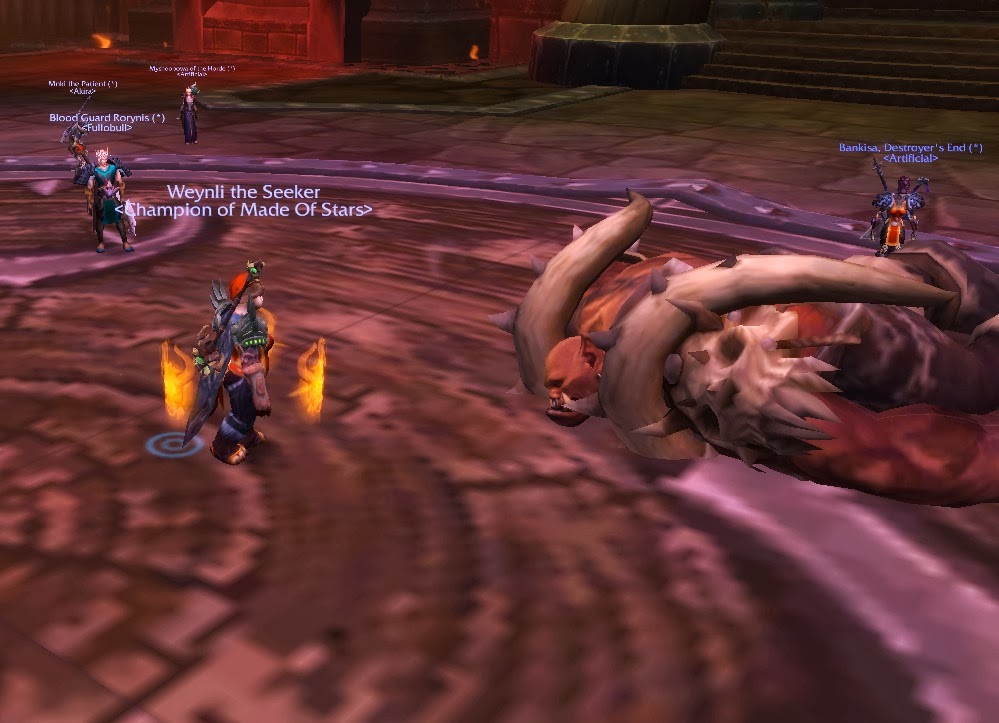 In the game "World of Warcraft," I reached a milestone. Finally, months after hearing about them, I'd finally made it to the Seige of Ogrimmar Instances, via my Level 90 Pandaren monk Weynil (Wen-Li). The last one was "Downfall, and the final boss of that one, the tyrant whose actions had driven most of the Horde to rebel against him, was at the end: Garosh Hellscrem. And after a hard fight, he finally went down.

Here's a picture of her looking over the defeated foe, responsible for so much ruin, whom saw himself as ruling the world. And now, beaten.

Not sure what I'll be doing with Wen-Li next. But I still have other characters in WoW. And a few friends in a few servers.