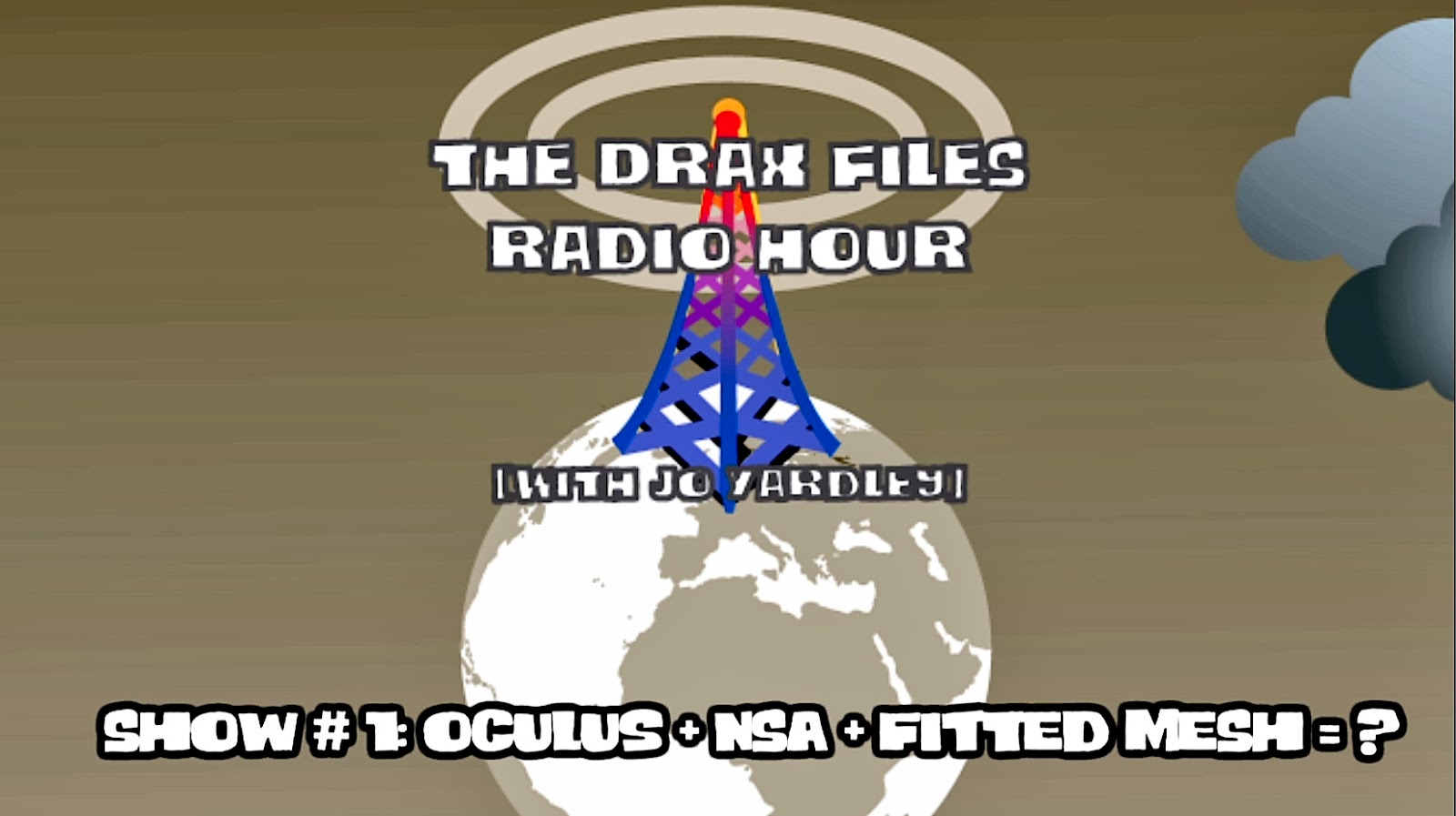 On Friday January 10, the first episode of the "Drax Files Radio Hour" took place. The broadcast took place at 7AM SL time "From an attic somewhere in Berlin" with Draxtor Despres doing the show with Jo Yardley, noted for her "1920s Berlin Project." The show opened with a short "Friendly greetings" by Torley Linden, then after the introductions Draxtor and Jo discussed several topics.

The first subject was Occulus Rift reviving interest in virtual reality. The details and realism attracted a number of fans, though there was one down side: the realism of the experience while moving around while standing still in real life was making some people nauseous. Jo felt Occulus Rift would be used for more than Second Life and computer games. They described Babbage Linden as thinking differently, who felt it would start small and never really go mainstream.

They then talked about the NSA, and it's investigating Second Life. At one point Jo remarked, "seems that the NSA is taking Second Life more seriously than the media." "I don't know if that's good," Draxtor replied, "or very very sad." "A little bit of both?" "At least someone takes us seriously." Drax played in interview with "Ashkin," in which they talked about the NSA investigating Second Life's furry population. Their conclusion was that they often worked in creative fields and were actively involved in programing. There were also worries a Bin Laden avatar could be used to recruit terrorists, Jo and Draxtor comparing it to worries about neo-nazi activity. They also discussed with amusement pop singer Lily Allen confusing bitcoins with Lindens in being offered "hundreds of thousands of bitcoins to perform in Second Life years ago."

There was also a discussion about "fitted mesh" with guests involved with Second Life fashion design. Draxtor also brought up the upcoming "Feed a Smile" event in the Lavender Fields later that day, and concluded with an uncut soundtrack of the Drax Files episode with Scottius Polke, "too much stuff ended up on the cutting room floor."

The recording of the Drax Files Radio Hour's first episode can be found here: http://draxfiles.com/2014/01/10/show-1-oculus-nsa-fitted-mesh/ .
Posted by Bixyl Shuftan at 1:00 PM