Webcam Program in Development Would Let Users Appear As An Avatar

How would you like to appear in video chat with a whole different look, one that doesn't even have to be human? That's what a product in development named "Facerig" is promising, and more. This program promises to allow webcam users to take on the look of whatever character they want over Skype and any other video chat service. And as your face moves and gestures, so will the Facerig avatar.

"FaceRig is a program enabling anyone with a webcam to digitally embody any character they want," states the program's website, "For now we're focusing on just the portrait, but we aim to do more in the future." 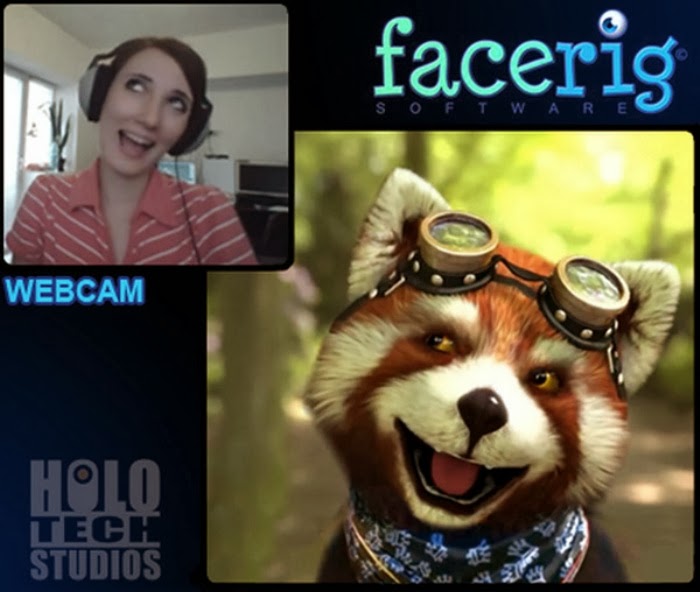 How does it work? The crowdfunding page states Facerig makes use of "state of the art real time image based tracking technology" from Visage Technologies, a tech company from Sweden, which is then combined with "a cross-platform real-time animation and visualization framework developed by indie-powered Holotech Studios and its partners from the games industry."

"A lot of research has been put into FaceRig by top level academics and professionals to create the current results, and if the interest is high and we keep at it, it will get even more amazing."

For Second Life residents, the potential is obvious. One could potentially appear in video chat as their avatar, whether it's normal human, anime-looking, furry, etc. Gamers would have the chance to look like a Worgen, Orc, or whatever gaming character they wanted. And it's not just users on online worlds whom would find it useful. Ohgizmo.com suggested it would be useful for those mornings when you need to be at a video conference at home, and you don't have enough time to shave and dress properly.

FaceRig will come out in five different versions, FaceRig Classic and FaceRig Pro for home use, FaceRig Studio for businesses, FaceRig Audiolite for those looking for a simple version of the program, and FaceRig Mobile "for iOS and Android."