Cartoon of the Day: Superman And The Wrong Hands Group 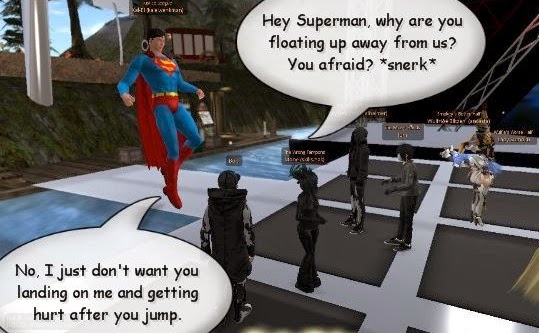 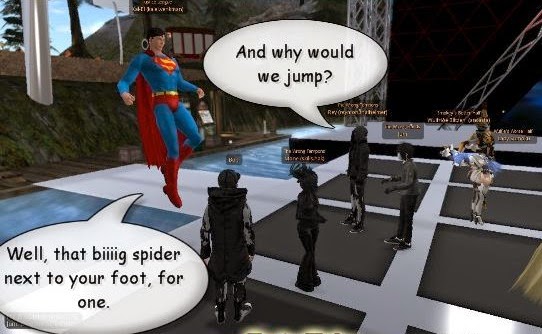 At the Saturday night party at Steelhead, there was a rather unusual scene. Kal-El Venkman ran into Skills Hak and other members of "The Wrong Hands," whom dropped in. This is a group whom in the past bickered with Kal-El and his Justice League Unlimited. The rivalry was often reported on by the Alphaville Herald tabloid. But that night, Kal-El seemed to just shrug them off. He explained his Krypton Radio station had proven such a big success, he saw no reason to get worked up.