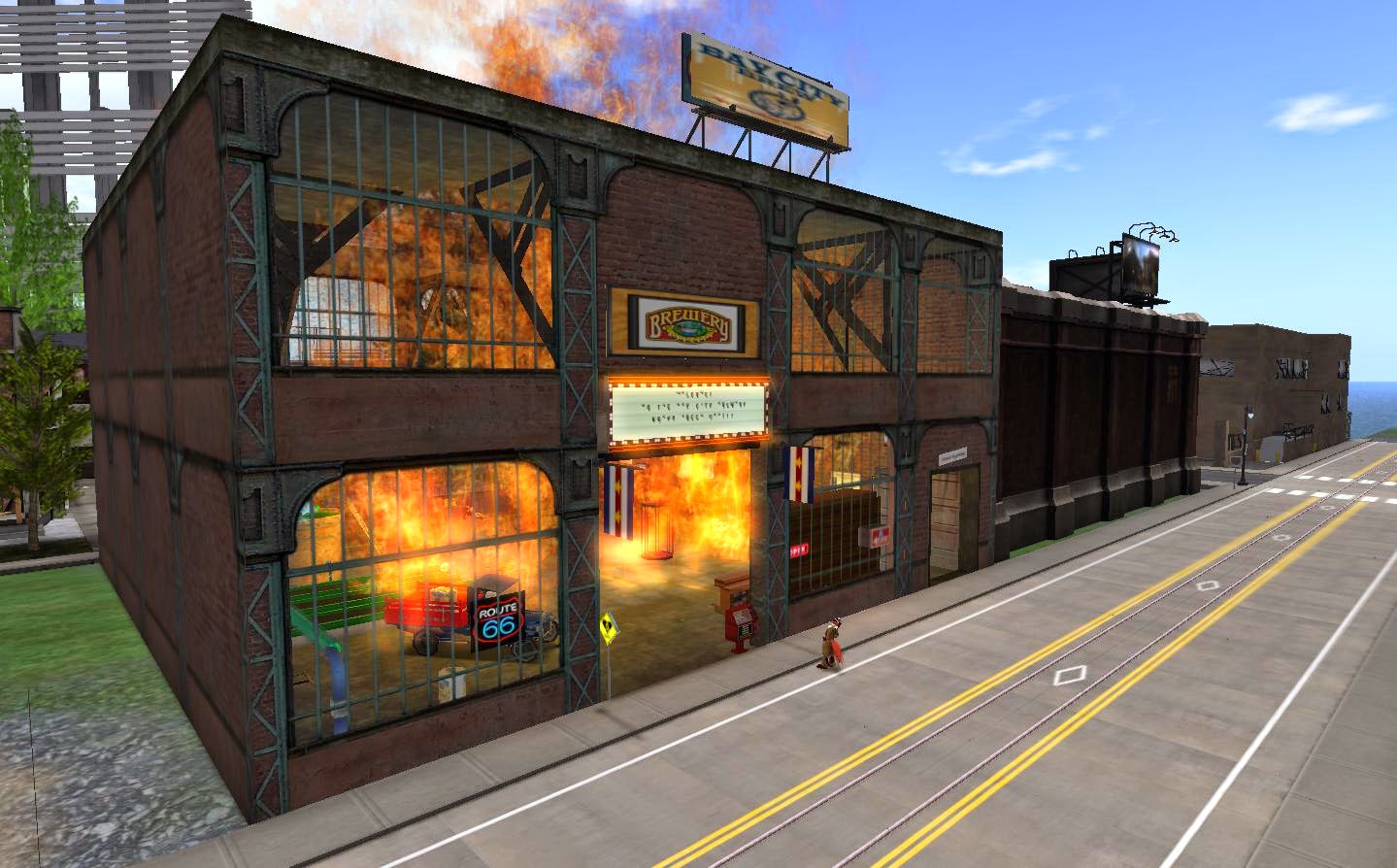 Earlier this week, noted Bay City resident Ever Dreamscape died. While visiting the memorial set up for her at Daley Bay, (228, 60, 24) I noticed some flames nearby. It turned out their brewery was on fire! The source of the free drinks offered to newcomers was aflame. It was a sight that would bring tears to lovers of beer.

I contacted another noted Bay City resident, Marianne McCann, about the matter. She told me it wasn't just the brewery, so were "many other parts of the city, including at Dennis (sim). ... Right now, pretty much all of Bay City - Dennis seems to be aflame." 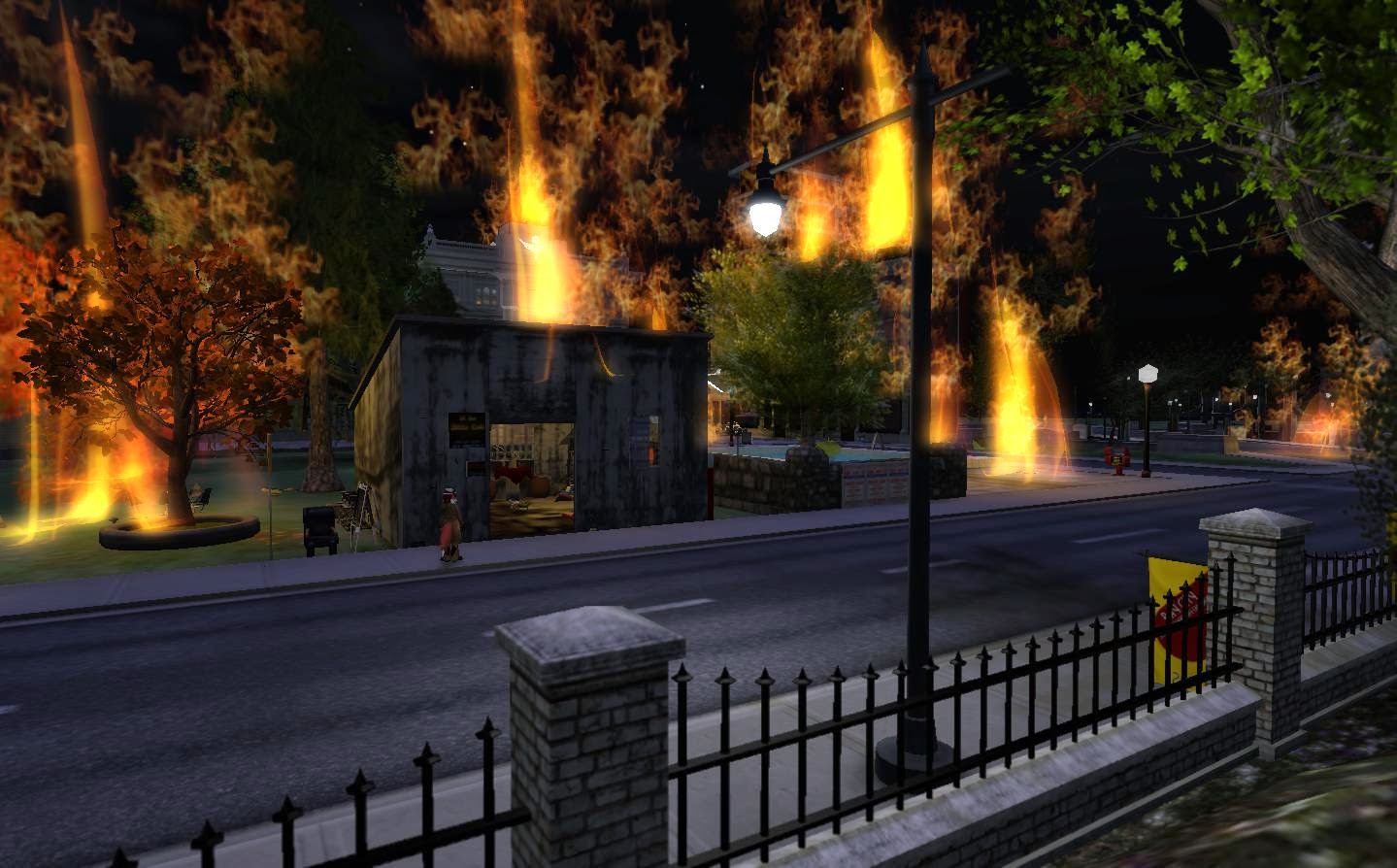 Why was the city aflame in the aftermath of Ever's death? Marianne told me this was all done in her remembrance, "Ever had a reputation around the city for being a firebug, amongst the creation of many other calamities.  And many of the residents of the city have, well, (been) taking up her torch, as it were, in her honor. I guess it's kind of a viking funeral. But, um, different."

Marianne had nothing but praise for Ever, "Ever came to Bay City in 2011, and in that time founded the Bay City Post, started our Oktoberfest and Miss Bay City events, helped in the creation of the Park Plaza hotel, expanded out Mole Day and Tree Lighting events, and Started the Bay City Rumble races. She was very much a part of the Bay City community. Some of the last work she did, back in March, was  laying the groundwork for this weekend's anniversary event." 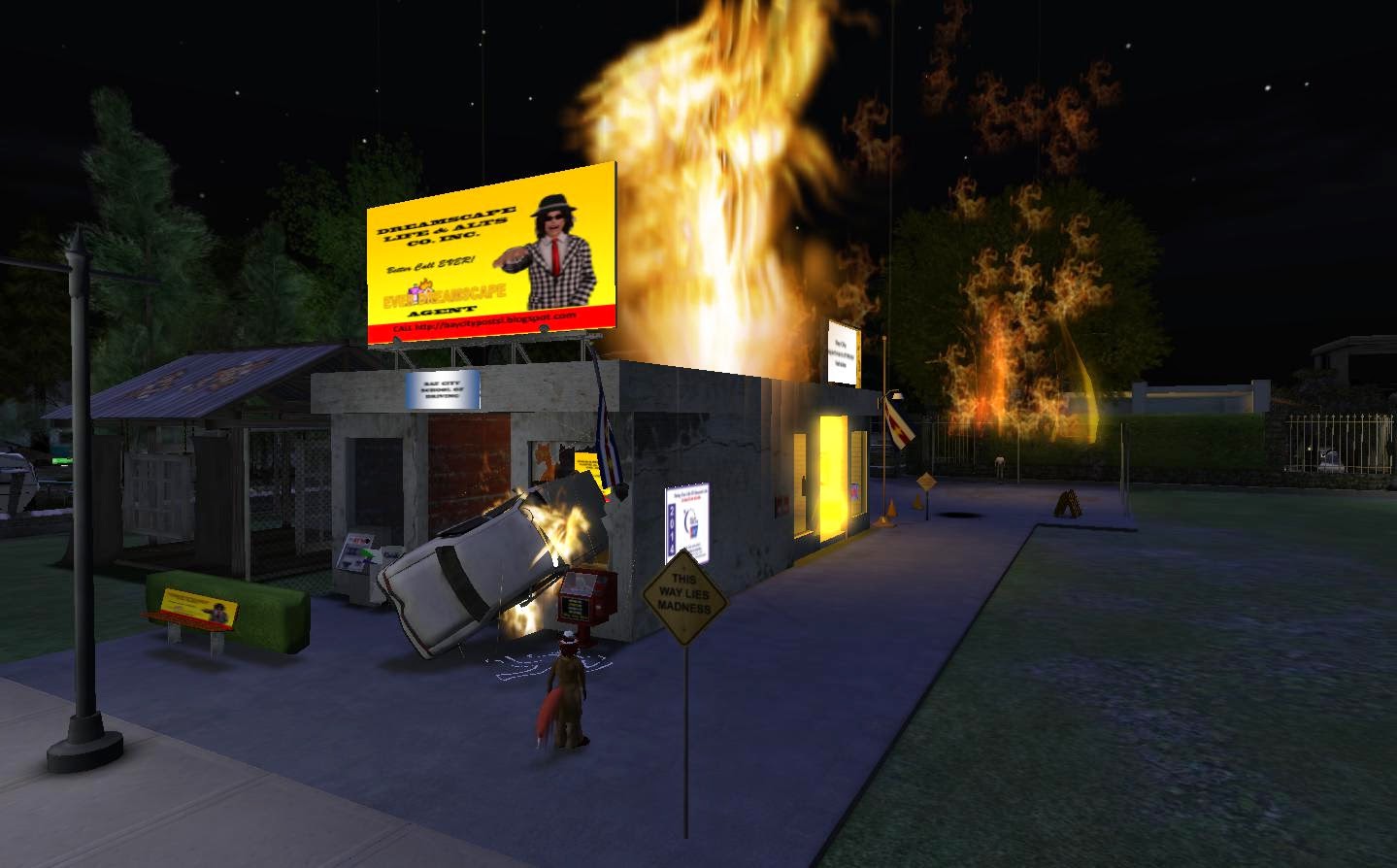 How would Ever's Death affect Bay City in the long run. There are plans for a permanent memorial for her. On the issue of land, "she had sold all of her actual property some time back, and was sharing tier with some others here in the city, while renting some other land here." Activities she had started she had already handed to others or shared, "she had given me all the access to the Bay City Post. The events were already handled jointly between me and her. She had already handed the Rumble off to ADudeNamed Anthony. he Pen, where Espresso Yourself nights are hosted, was part hers. Pygar Bu and I have picked up her tier contribution there. Roc Plutonian owns the land the Post uses, as well as the Park Plaza and a DMV/Driving School/Insurance agency she was starting to work on when she took ill. Sylvia Tamalyn owns her Y-Stay apartments as well, and has for some time." So her legacy here would go on. 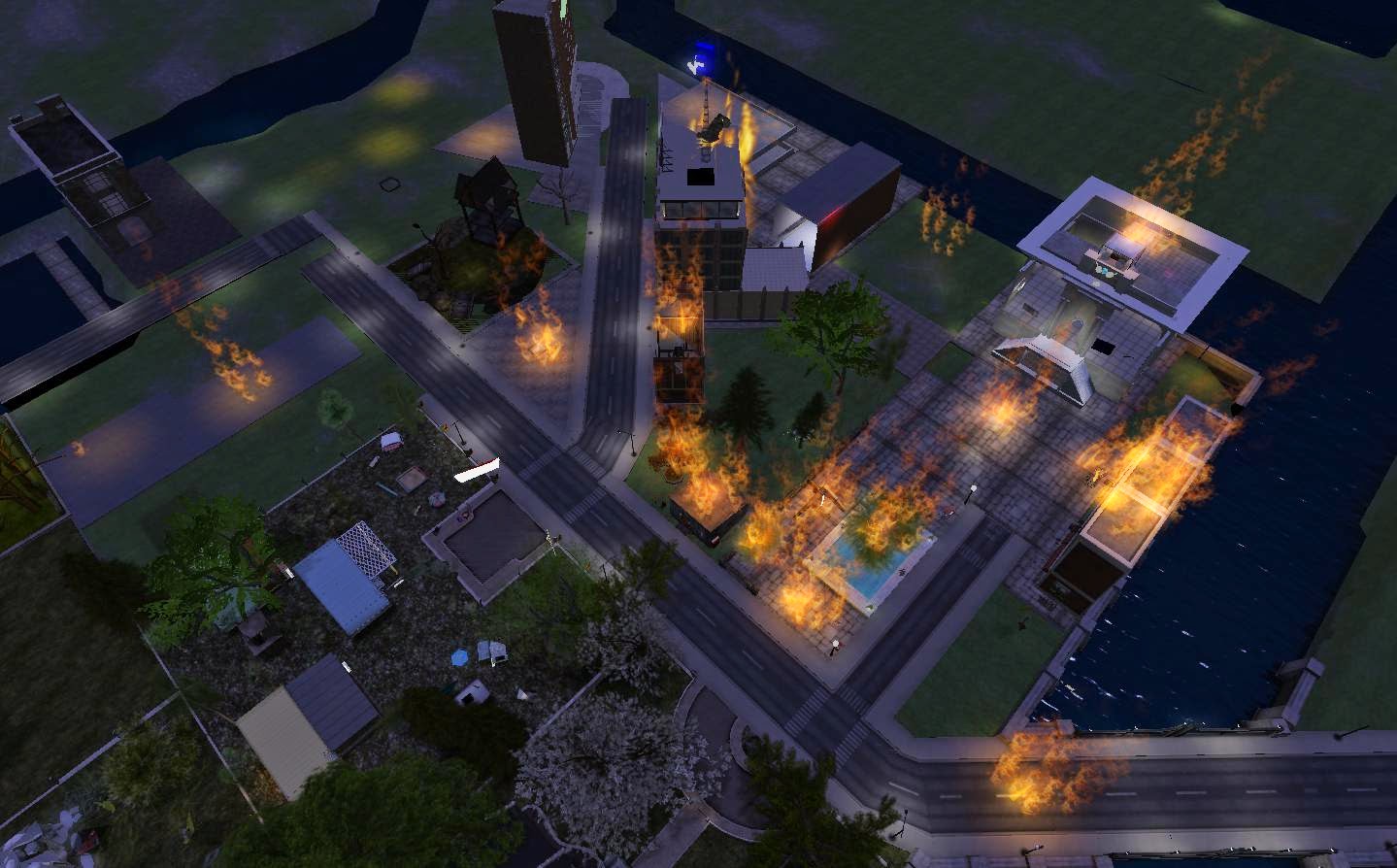 "Ever was a very complicated person. She came across in SL as a dumb, silly, unpredictable person that always appeared just before a disastrous, hilarious calamity. She was Chaos. But underneath all that was a kind soul, a person of great intelligence and drive, and the sort of person who - if she had it - would give you the shirt off her back. It's hard to describe how a person could, oh, show up at your door dressed as a shark, or walk into your pub as a monkey and set the place on fire could also be so beloved by the community, but she was."

"Also, from a personal standpoint, she is someone I will miss greatly. She helped keep me - and the rest of Bay City - moving forward."

For now, much of the city is a pyrophile's delight, flames licking away at the buildings as a tribute for it's late resident. While the flames will eventually fade away, the memory of Ever Dreamscape will go on.