Meanwhile at Space Engineers: "The Grind" 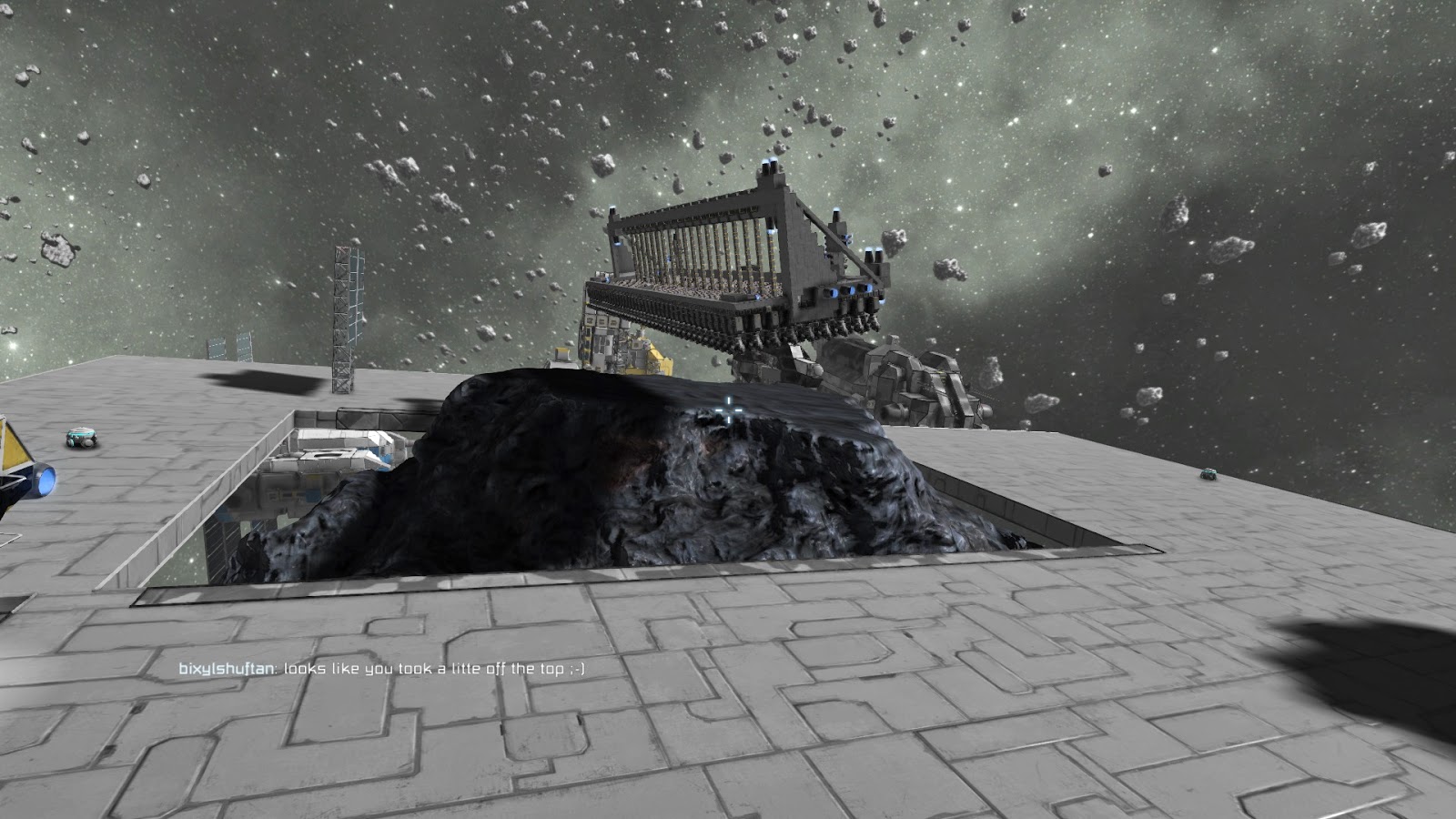 When not in Second Life, a number of the "Furry Gamers" have been building things in the "Space Engineers" game. This includes Jasmine Dawn Shuftan (known in Steam games as Jazmare), whom has been thinking big on a certain problem: how to get lots of ores in a hurry. She had the idea of making a machine big enough to pulverize whole asteroids. So she came up with a giant rock grinder that I christened "The Grind." 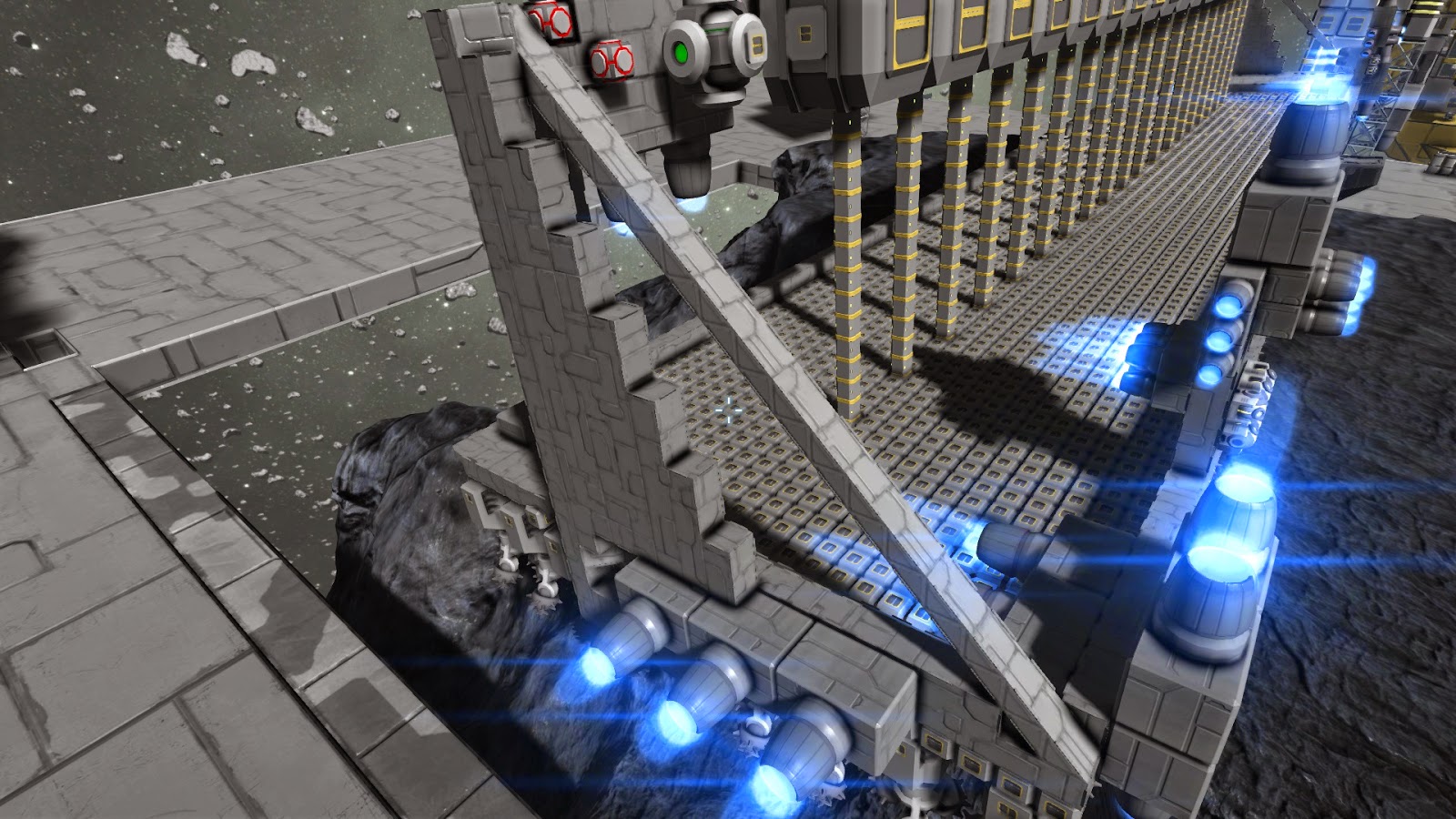 As far as ships go, "The Grind" is truly a beast. Row upon row of rock-chewing grinders that work across huge lengths of surface on an asteroid. It can gather up tons of ores in a hurry. And most of it gets picked up. A few rocks avoid being gathered in by the machine, but not many. 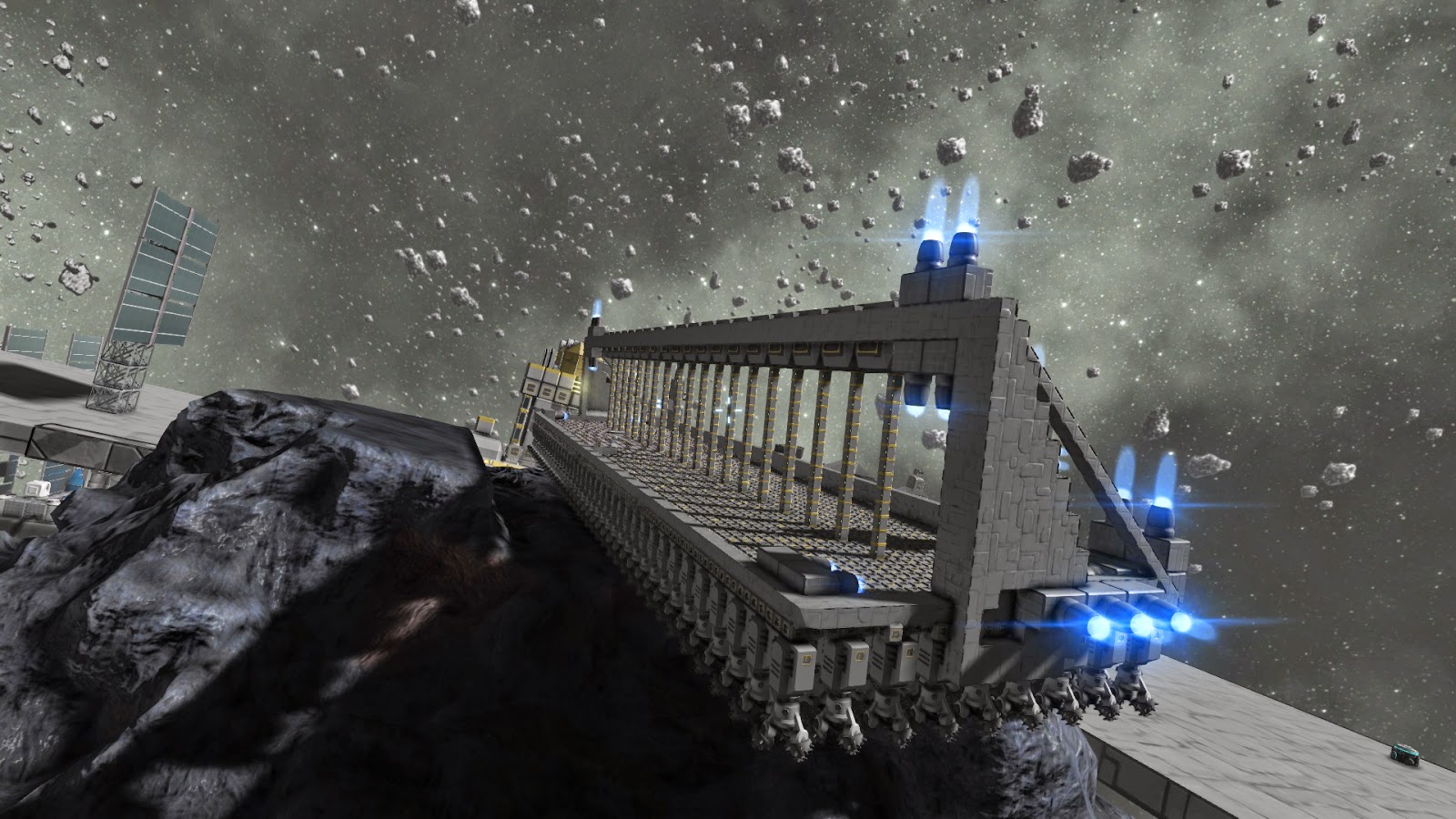 One can see the difference what about a minute of operation did to this asteroid.

Seen from below, "The Grind" is a fearsome sight with all of those rock-gnawing metal teeth. You really do *not* want to be beneath and close when it starts up.

Jasmine made this in her own game, so when the new "Dedicated servers" feature came up and Nydia started a world, she was unable to bring it there. But no doubt she'll come up with something soon that Nydia and other SE players can enjoy.